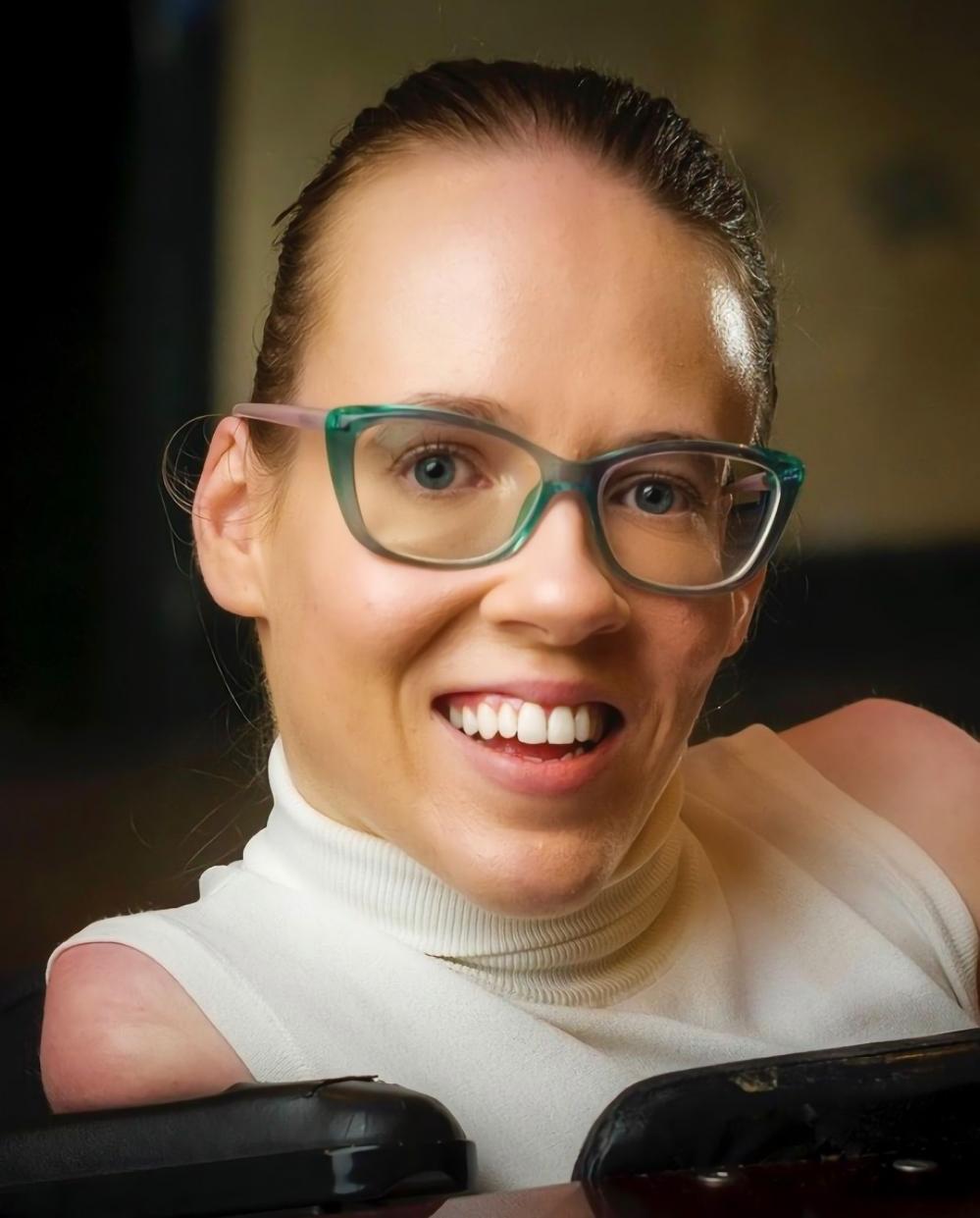 When I was much younger, I met two other girls who were born with the exact same disability as I was. One was Tina who gave me a template to do basic tasks and then I met Monica, an Australian, and an adrenaline junkie a bit like myself. She, like me, would never have been able to satisfy the adrenaline junkie in us.

Sport was always a humungous passion in my life - traditionally it has been more gaelic football, hurling and football as well. At the start of every new year, I set myself a mini challenge - for example four years ago I set myself the challenge of doing yoga. I had lost all core mobility and strength and couldn't hold myself up. I wanted to regain that first and foremost - through yoga I managed to do that and then upgraded to pilates.

Seeing the equine community when it comes into Millstreet, Co Cork, for the showjumping festival every year and the camaraderie, friendship and togetherness is something I admire. Every year I have been kind of drawn to get on a horse and ride. When I was younger, I did riding for kids with somebody holding me. I was always interested in it but never really thought it was something for me because I never saw anyone like me on the back of a horse.

Just over six years ago I was asked by a family in Borris, Co Carlow to come up for their festival of ideas and writing. As it transpired, their great- great-granduncle in the 1800s was born the exact same as me. His name was Arthur MacMurrough Kavanagh and I got to see the castle and where he grew up. He was an MP in the British Parliament for Wexford, and had seven children, and was a total party animal! They showed me the saddle he used and it resembles the seat I have on my wheelchair. I kept in touch with them and I recently got to sit in Arthur's original saddle.

I know I definitely won't be able to emulate him, he had much better core stability than I have but this is an idea I want to try and see if it works for me. I reached out to the RDAI (Riding for the Disabled Association Ireland) and their response was that they would help me do it. That was the first time I was met with a positive response. They said they would have no idea if it would work but they would give it their best go. When people with disabilities are looking to do different things in education, healthcare or sport you are kind of met with a lot of people saying it could be a lot of work. To be met with such a positive reaction from the RDAI was a game changer in itself. Jim Bolger's daughter (Una Manning) emailed me and others from the equine industry have got in touch after my articles in my column and in The Irish Field. 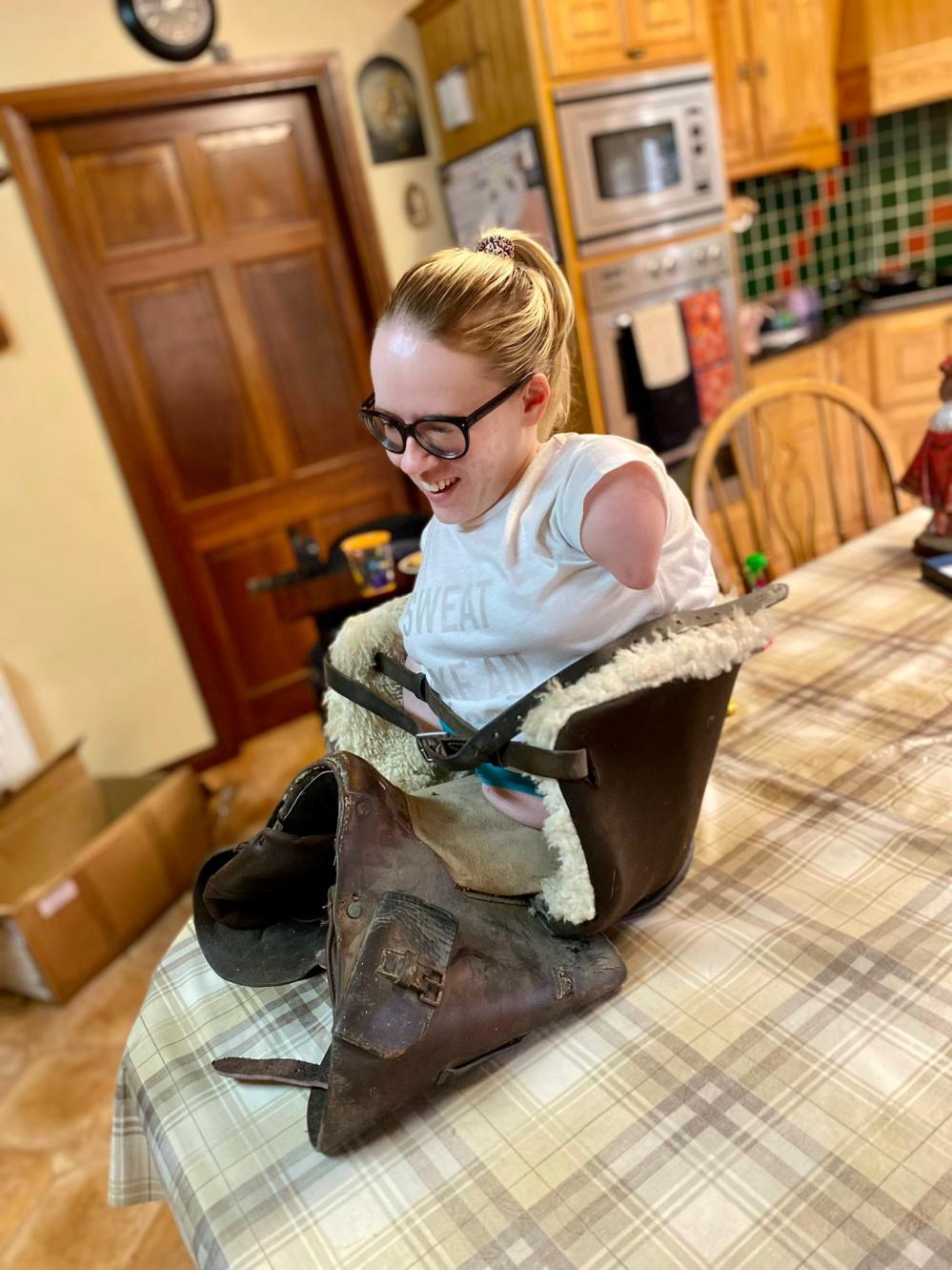 Joanne tries out the saddle

All being well, I have my first lesson with the RDAI in Cork in February. The hope is that it will be on Arthur's original saddle from the 1800s. Only the back of it has been topped up by a saddlemaker 20 years ago, that is the only time it has been touched. It is really good quality and stiff leather - there's a back to it, sheepskin on the inside of it, a belt and the normal part of the saddle. My aim would be to have an individual saddle because when you are sitting on something nearly 200 years old there is a lot of pressure! Nobody else has ever sat on it. At some stage I do want to ride one of the massive stallions because that is what Arthur rode, he didn't have a tiny pony!

For me it is like a freedom. My mum and dad can get up and go for a walk in the local area but this is a different way for me to be outside in nature and to experience it.

Being a woman and a sports writer, Rachael Blackmore and Nina Carberry would be people I am total admirers of for breaking the mould consistently. Their drive and determination to be the same, but understanding that they are different, is something that I can definitely relate to. I want to be the same in that I want to have equal opportunities, but I know I am different in that if I get the opportunity hopefully it will bring down the door for other people with disabilities. I'm a full believer of what we bring into sport we bring into society.

I'm from Crossgar Co Down, local to Downpatrick and Down Royal. My father and my brother always had point-to-pointers and I rode in point-to-points, maybe 30 to 40 point-to-point winners and a few on the racetrack. They were mostly for ourselves and I rode a couple of bumpers for Ian Ferguson and rode a bit for Willie Rock. Mr & Mrs W E Rooney were good to me and I rode for them for a season in point-to-points with good success. I rode out for Mr Rooney as well.

I’m from Killeagh in east Cork and my father Patrick used to train. At the moment I’m based in my uncle’s place near Tallow just across the county border in Waterford. Things are going well and I finished the jumps season with five winners on the board and we had a couple on the Flat as well. I’ve had a few more horses that have come into the yard over the last while and a lot of locally-based owners are supporting me.

I'm from Milan, Italy and my parents used to take me to the Palio in Siena (three-lap race involving riders and horses representing 10 of the city wards) and that is how my passion for horses started. I went to it for the first time when I was six. It is every August and it is a tradition in that part of the world. The people are very passionate about it in Italy. There are also a lot of smaller Palio's around Italy. We actually have one not far away from my town. They are riding bareback with just a bridle.

My father used to ride out for Vincent Keane who would be Colin’s grandfather and later on he had a share in a few horses. Our family was based in Drumree, Co Meath but we later moved to the Navan Road in Dublin where I was reared and I’m based in Lucan now.