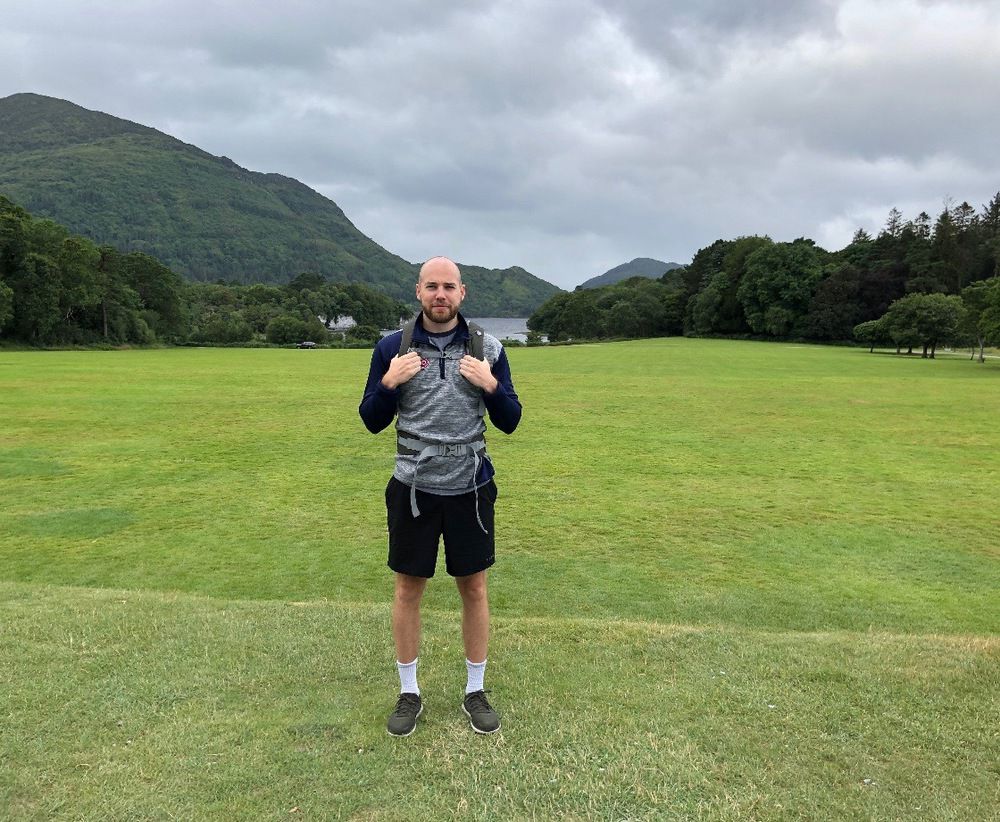 When I was at university, I experienced really bad anxiety that reached crisis point by the time I finally reached out. I wasn’t suicidal but I wasn’t in a great place personally. We all have stress buckets and there is only so much stress you can have in your bucket before it overflows.

I was delighted to have the opportunity to carry out IHRB-funded research on mental health in jockeys and then trainers as part of my PhD candidacy at Waterford IT and while there is a lot more work to be done, that there has been such good engagement, and that support systems have been set up as a result, is a sign that we are moving in the right direction.

Common Mental Disorders among Irish Jockeys: Prevalence and Risk Factors produced some stark figures. I would always start by saying that these are figures from a questionnaire. It isn’t a diagnosis but it is a potential warning sign or indication that an individual may be experiencing a certain mental health difficulty.

What the research does highlight, is a prevalence of mental health difficulties. There is a gap between those meeting the threshold for these conditions and those reaching out for help from these mental health professionals. So my next research is looking into why jockeys aren’t seeking help in these sorts of things.

I carried out a subsequent study that was also published called Racehorse Trainer Mental Health: Prevalence and Risk Factors. We had 124 trainers take part which was significantly more than I was expecting. It has been great to see the level of interest in the study. The headline figures from the study, 41% of trainers would have met the threshold for depression, 38% for adverse alcohol use, 26% for distress and 18% for anxiety. In total, just under half met the criteria for at least one of those. There was a lower level of help-seeking among the trainers though. Only one-fifth of trainers had accessed a mental health professional over their lifetime with a doctor or GP commonly selected. Unsurprisingly, a higher-percentage of female trainers had accessed support for their mental health in comparison to male trainers.

The trainers in Ireland would have reported depression at a greater rate than farmers or other agricultural sectors. That was a cause for concern. If you look at a trainer’s life, it is incredibly stressful and demanding. A recent report in the UK found that trainers report a wide number of stresses. There are very blurred lines between work and life and they almost coexist. You see the number of stresses trainers experience and there is no wonder some of them find it challenging.

Yet we looked at career satisfaction in my study and 72% of trainers were incredibly satisfied with their careers. While a lot of my work is focused on the negative side looking at symptoms and trigger signs, there is a real opportunity to go the other way now. We know this sport is hard but what is it about the sport that is so rewarding? You could probably attribute a lot of that to working with horses and the benefits of that which have been well-documented. A lot of these individuals, while they find it hard, they find the industry incredibly rewarding and satisfying as well.

We have worked with a company in the UK, who have developed a cognitive behavioural therapy app, effectively a mental health and wellbeing app for the jockeys. We released that via a WhatsApp campaign to the jockeys recently. The response we have had has been absolutely brilliant and quite surprising to myself and IHRB senior medical officer Jennifer Pugh. From a jockey perspective it shows that they do want to engage with these services. They do want the support and they are happy to access the support. If you had asked me that question four years when I started my PhD, I wouldn’t have envisaged it going that way. It is going to take time but there has been a shift over the past few years with regards to the attitudes towards mental health. The app that is being used by a number of jockeys shows that. Trying to promote a real sense of reflectiveness by using things like journaling and tracking mood, putting in some time to understand thoughts, feelings, emotions and triggers It will be interesting to see if the jockeys stay engaged with that.

With the Jockey Pathway, jockeys do have access to expert services. Then this new industry assistance programme is a real significant step that it is going to include trainers. I spoke to a number of trainers over the years who have said that they would love a service like what the jockeys have. It is great that if a trainer is struggling, they can talk to someone or if they need any general legal or financial advice, that service is there for them as of June. While these may seem like small things, it is certainly trending in the right direction to make sure the support is there for the individuals if they need it.

The support is coming in for the trainers now whereas three or four years ago that wasn’t there, despite the fact everyone knows the career of a trainer is incredibly tough. The fact we are getting that support in there and that this research is taking place with the trainers, suggests that we are moving in the right direction to support the whole industry not necessarily just the jockeys and that is a credit to the IHRB and the entire industry.

There is a lot to be positive about in Irish racing and if we can provide the supports for everyone in the industry, that will make it even better.

It was a great thrill to ride the second winner of my career on Angel’s Trumpet for Peter Fahey in the first division of the Killarney Outlook Handicap over an extended mile at Killarney on Tuesday, with the prize money going to Cancer Trials Ireland thanks to the generosity of the owner, Anthony Rogers of Airlie Stud.