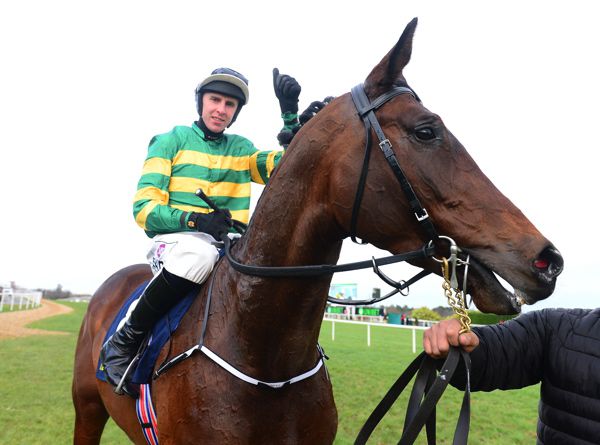 We may have what is probably our biggest but definitely our strongest team travelling to Cheltenham this week but as assistant trainer to Joseph O’Brien, I have to stay at home and mind the house on The Hill with the rest of the lads.

Of course you would love to be over but I never lose sight of how lucky I am to be in the position I am. It is a privilege. And having gotten to go to Australia to oversee Rekindling’s preparation and then watch him win the Melbourne Cup in 2017, I can’t really complain.

I am 27 now and have been with Joseph three and a half years. He is very good about trusting people to do their jobs, be it staff or jockeys. That in turn gives you a lot of confidence but it was brilliant to be given that responsibility with Rekindling first and foremost. Then to grasp it, go and do it and for him to go and win was just amazing, definitely the highlight for me. It was class.

We didn’t know the facilities we would have when we arrived so we couldn’t make any plans until we arrived. They quarantine the international horses at a country racetrack in Werribee. Everyone was using the sand circuit inside the turf track. It was about a mile. We used it the first day or two but MJ Doran, who was riding him out, said it was way too quick for Rekindling so we changed tack and were one of the few to use the turf track every day.

I would send videos of Rekindling’s work to Joseph and then MJ and myself would offer our opinions on what direction we should take. Obviously the final call was Joseph’s but he could only see so much so put a lot of store in our info and feedback. To be offered that responsibility, and to be so involved in the whole thing was great and then to get the result was incredible.

There were no horses in our family growing up in Caragh in Kildare but my father Sean had a couple of bookie shops and I developed an interest in racing from there. And though he followed his own father Paddy into politics and was a TD for 22 years as well as holding a number of ministerial portfolios, racing held sway over politics for me.

I learned to ride at Arthur Moore’s when I was in school. When I was doing my Leaving Cert, I joined Jessica Harrington as an apprentice jockey and spent some time with Kevin Ryan in England. I got about 20 rides over the course of a year.

My weight was probably going to go against me but it was ability that was the biggest problem so I gave up and though being a jockey had been the childhood dream, it isn’t a decision I have ever regretted. You have to get these things out of your system and I did. It wasn’t for me.

So at 18, I went off to Maynooth College to study equine business and did some yearling preps at Yeomanstown Stud. Gay O’Callaghan’s son Peter owns Woods Edge Farm in Kentucky and I did a couple of summers over there, which was a great experience.

After I got my degree, I did the Irish National Stud course for six months. I knew then I wanted to do racing rather than stud work. The constant busy nature of racing suits me better I think. Peter O’Callaghan had worked for Aidan O’Brien and he told me Joseph was starting out and he would put in a word for me. I’m there three and a half years now.

It was a lot smaller place when I started. I told Joseph I’d love to look after a barn or something like that and it just progressed from there to being assistant trainer as the yard grew and a need for the role developed. Faisal Hayat is the head lad. He’s been on The Hill for years, even before Joseph was. He knows every inch of the place.

We never take the success that has come for granted. It wouldn’t pass you by the quality of horse we’re able to send to Cheltenham this year. We will have around 15 and it’s definitely our strongest team. Ivanovich Gorbatov was our first big winner in the Triumph Hurdle in 2016 and it has snowballed from there. Melbourne Cup winner, Irish Gold Cup winner, Derby winner, Grade 1s and Group 1s, it has been unbelievable.

As I said already, it’s a privilege to be dealing with those sorts of horses. That has grown and developed. When I started, there was no expectation on my part that we would have these sorts of horses. I didn’t know they would be coming and they weren’t there then, so you really appreciate it now. But it is what the team is working towards.

It is funny I suppose that being a big dual purpose yard, you have one eye on the flat season which is just around the corner, with Cheltenham on this week. We don’t even send all our horses to Cheltenham at the one time, so the Triumph Hurdle horses might not go until Wednesday, while Tuesday’s horses are there already.

Then you have two-year-olds that you’re getting ready and you’d be hoping for some strong campaigns for them, and the three-year-olds that have different campaigns mapped out for them with the classic dream always there.

It was a huge disappointment that Le Richebourg didn’t make it for the Arkle but that’s racing. He has won two Grade 1s and has been a star for us. We still have plenty of big chances.

You’d have to think Sir Erec would be our best chance going over to repeat Ivan’s Triumph Hurdle success. He’s got a super attitude and he jumped brilliantly in Leopardstown at the Dublin Racing Festival.

Plenty of good flat horses haven’t taken to jumping and there will be plenty more. Vice versa, we’ve seen ordinary horses in the flat that blossom when going jumping. But Sir Erec has taken to jumping brilliantly and that’s down to his attitude. At Leopardstown, he had to do all the donkey work and he might not have to do that on Friday. The Triumph is always fast and he won’t mind a true test at all.

Us And Them seems to be the forgotten horse in the Arkle, even though he’s been second twice to Le Richebourg, who was favourite for it, and with the rain coming, you’d have to think he’ll run a big race on soft ground.

Fakir D’Oudairies won’t mind a bit of rain, Band Of Outlaws has a good chance in the Fred Winter — we’ve a good strong team.

We will have a lot to do back at The Hill but we’ll get it all done in plenty time— there won’t be too many races missed!