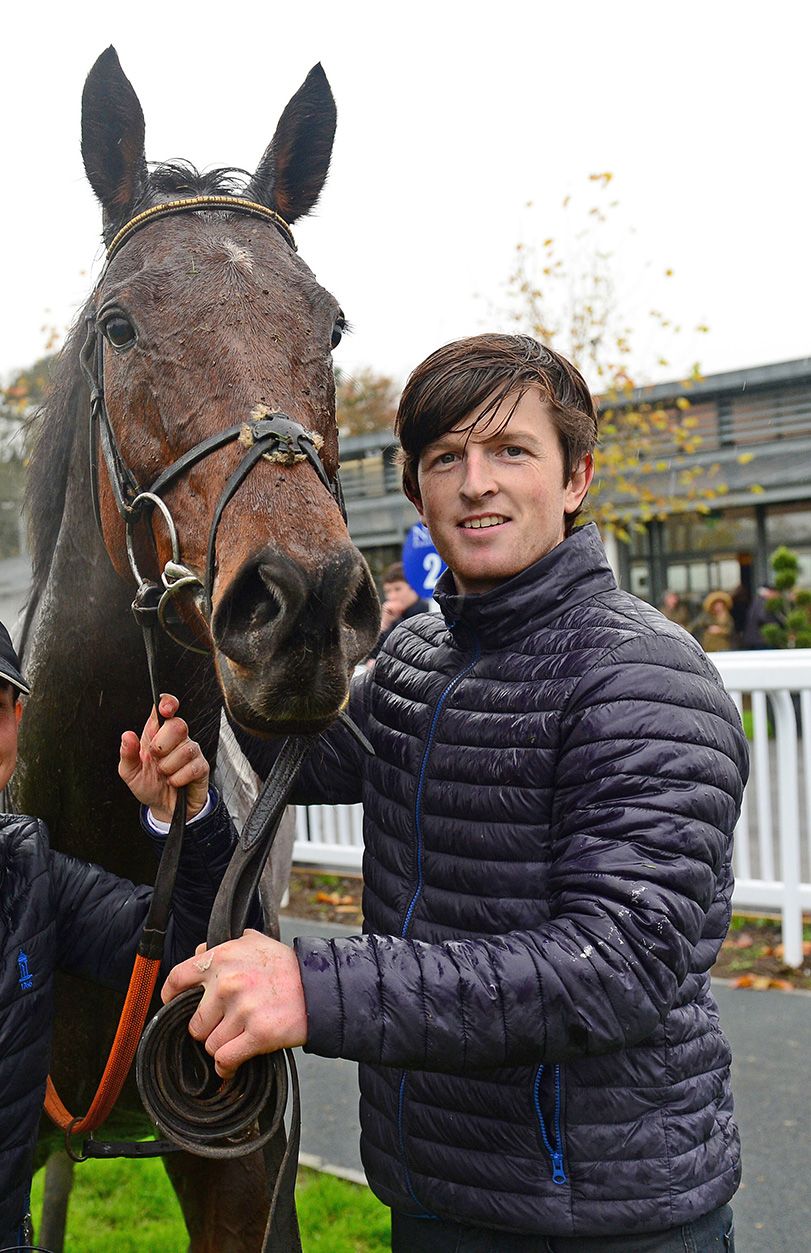 I’m based on the family farm near Newbridge Co Kildare and I have a Curragh licence so we can bring our horses there for faster work when necessary.

I started riding horses from a young age and was involved in pony club and hunting. When I was in secondary school in Newbridge College, a mare called Dromadapan came to the yard. She had picked up an injury after running in a few point-to-points and I started to ride her out in the fields at home before and after school. I started to ride out for Michael O’Brien around the same time and, using what I learned from him, I prepared the mare to win a confined hunts maiden at the local south county Dublin point-to-point in Naas. Simon McGonagle rode her to win in the colours of my grandfather and my dad Edward, who was very involved in the hunt at the time, that was the race starter so it was a memorable day.

Soon after that Dad and my mother, Dorothy, got a permit to run a couple of horse on the track and I had my first ride in a point-to-point on my 16th birthday. I rode my first winner in Askeaton on Limart and had great days on a horse called Red Setter who won a couple of point-to-points for me and landed the Ladies Cup over the banks at the Punchestown Festival in 2007. We made all and managed to hold on by a neck from Ross O’Sullivan on Wedger Pardy. Red Setter, who ran as a two-year-old, had a long and happy life and was a great companion and lead horse in the yard until he passed away in his mid-twenties just last year.

I rode as an amateur for Michael O’Brien and learned a lot from him and then spent time in Yorkshire with Sue and Harvey Smith which was another great grounding. I rode 19 winners in England but had a bad fall in Market Rasen one day in which I broke my back and my leg.

I had some issues with my weight after that and always had an eye on training so I moved back to Ireland and started to break and pre-train horses. It’s funny that I’m nearly as light as I ever was nowadays because I’m so busy in the yard but I’m not tempted to make a comeback as a rider, it’s a young man’s game!

Many of the horses that we prepared went on to do well and the next step was to run our own horses on the track, so Madeleine (Tylicki) took out a trainer’s licence and we enjoyed a good bit of success in the following few years. I took over the licence in August 2020 and We’ll Go Again gave me my first winner at Punchestown the following month.

That has always been a lucky track for me and it was great to get my first winner at the Curragh this week when Tip Of The Spear won the nine-furlong maiden. It has such history and prestige as a racecourse so I was delighted to get off the mark there after a few near misses. I was also happy to run a couple of horses in the first running of the Horseware Student Derby on the same card because I think that’s a great initiative. We need to get young people involved in racing and I’m very keen to support anything which helps in that regard. A young English amateur, Freddie Procter, rode one of mine to finish third and did exactly what I told him to do. I was very impressed with his riding and he’s a name to note across the water.

I had to back-to-back winners with Mary Salome and Praying Mantis on the June Bank Holiday card at Listowel this year to give me my first double so that’s another track that I’m fond of but I’ll go anywhere for a winner. I like to watch races from the inside of the track because you see and hear things from there that would otherwise go unnoticed and I can watch the television replays when I get home. One thing I always do is walk the track fully before racing because you might notice something that could give your horse an edge in the race. It’s a game of fine margins and the people I regularly meet when I’m doing this are the jockeys who are at the top of the table every year so that tells you something. 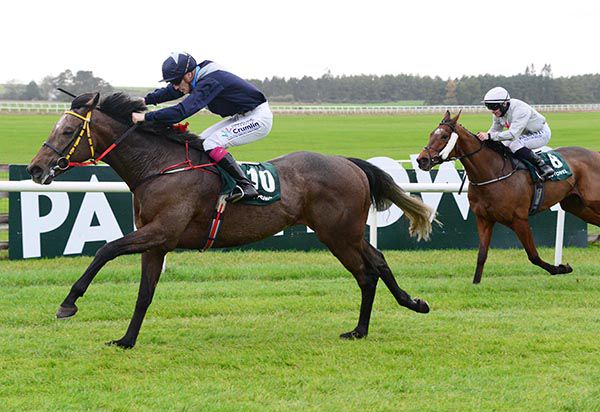 The horses weren’t quite firing for a while after the Galway Festival and I couldn’t quite put my finger on it but the spark is back in them now and I got great help from Alan Creighton from the Irish Equine Centre who ran a few tests for me. It seems an easy game when you’re having winners but I learned a lot during that period and it’ll stand me in good stead for the future. Ireland is full of good horse people who are willing to give you advice and share their experiences so that always comes in handy when you want to bounce ideas around with them.

We have great facilities at home including a four-furlong gallop, a lunger and a walker and we are upgrading them all the time. Then the Curragh gallops are only ten minutes away from us and we meet jockeys like Bill Lee, Ronan Whelan and Joey Sheridan there when we want to do fast work with the horses. From my own experience as a rider, I know how important it is to use the best jockeys available both in terms of what they do in a race and the feedback they can give you. It makes a massive difference and luckily in Ireland we’re blessed with good riders and the youngsters coming through look very promising as well.

We have the use of the river at home as well and I also like to bring the horses to the beach at Donabate quite regularly which they love. I’ll be hoping to run a few at Laytown next week if they get in and I’m sure they’ll enjoy the experience. As much as we can, we want to let the horses be horses in nature and we turn them out a lot and vary their routine.

The standard of Irish Flat racing is so high and that means there’s a global market for horses that show ability here on the level. I’m a jumps man at heart but I suppose you have only England or to some extent, America, as a market for Irish jump horses whereas a young Flat horse could end up in Dubai, Bahrain, Hong Kong or so many places around the world such is the standing of Irish racing internationally. There is a balance to be struck, though, and while it’s important not to dilute the product I would like to see more opportunities for the lower-grade handicappers in this country. It’s very disheartening for loyal owners when their horses are constantly being balloted out and we don’t want to lose them from the game.

La Petite Coco was a filly who showed lots of ability in two races for us before we sold her. She was unlucky in running at Naas when fourth to a filly that went on to win the Irish 1,000 Guineas and we had great plans for her. However, to build up the business you have to sell if the offer is right and she’s gone on to do very well for Paddy Twomey which reflects well on the job we did with her. It’s good to get the reputation of a yard that will do things the right way with a horse and that will hopefully lead to more opportunities. I would hope to build things up to a point where we can keep these horses and campaign them ourselves and build the strength of the yard. I would be a great admirer of what the likes of Ger Lyons and Ken Condon have accomplished in that respect.

I have some nice unraced horses to run at Dundalk over the winter and we have new stock coming in from the autumn sales so there’s plenty to look forward to in the coming months.