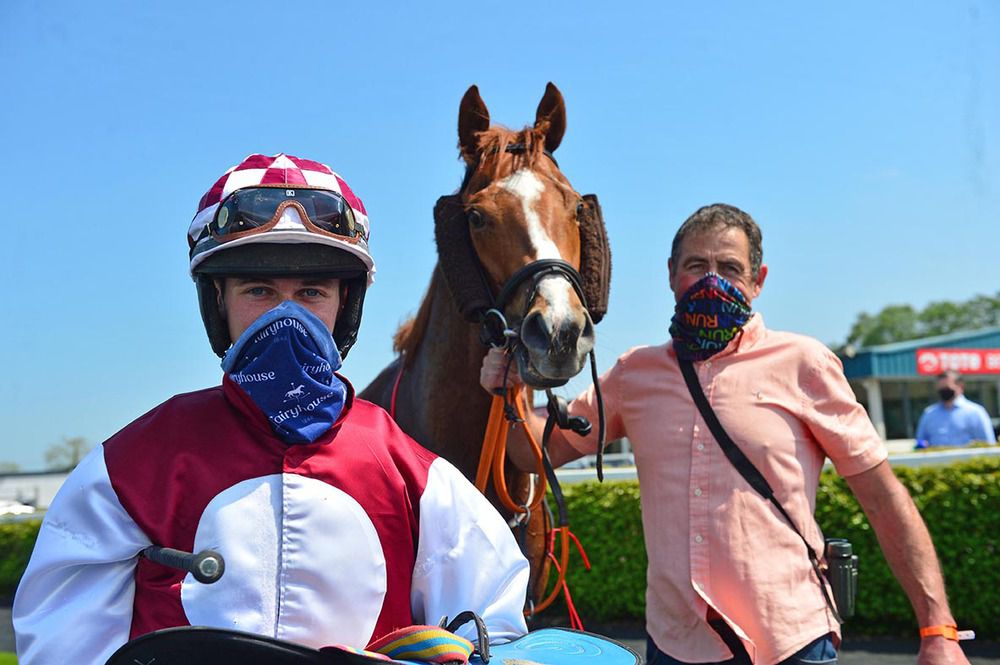 Lord McZie was in savage nick at home, had done good pieces of work during the week. He ran well in Cork on what was my first ride on the flat, but the mile distance was just a bit too far for him and he got caught out. He was a winner over five furlongs for Joseph O’Brien so I had high hopes and took no notice of his price of 66/1.

I was a little bit worried about the ground. That was the one small issue we had but we said we’d run him anyway and see how he ran and luckily he handled it well.

He broke okay. He was out the back and I waited with him a little bit. Coming down the hill he rallied well but coming down towards the line I thought I was gone out of it and I put the stick down. But a gap appeared again and I went for him again and he picked up really well for me. I was very lucky it happened.

It was relief as much as anything to have a winner so early in my career. I am so thankful to Ray Hackett for giving me the opportunity. I ride work for Ray six mornings a week. I’m with James Grace then in the afternoons and I’m getting plenty of experience.

I took out my conditional licence first and had a few rides over hurdles — one for James and two for Ray. The plan is to go jumping but I just wanted to get a bit of experience on the flat first so I became apprentice to Ray about two months ago.

I wouldn’t really be from a racing background but there are a few horses around the place. James and Ray train nearby to home and my auntie’s husband, Martin Hogan used to train a few horses too, so that’s how I got interested in horses. I have always wanted to be a jockey to be honest. I’m not going to set myself any targets. I’m only starting off. For now It’s just to get as many rides as I can and build up the experience.

It was a magical start and I’ll never forget Lord McZie and the day we won at Navan.