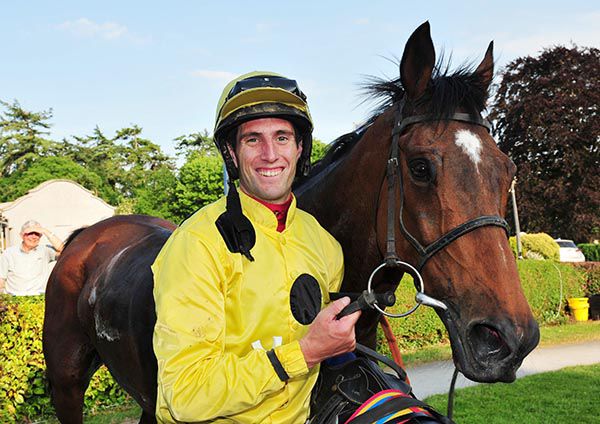 He was a brilliant spin. He jumped like a stag and you would have a smile on your face going around the whole way. We trained him ourselves. We got him from Henry de Bromhead's as a four turned five-year-old. At the time I was just trying to get going and as he got older, he got better.

I was in Henry's about 10 years ago starting out where I learned an awful lot, and he got me schooling. I rode work on Sizing Europe a few times. When I was young, and for someone starting out, to have a spin on a Grade One horse was a big deal. He was a big, strong, fresh fella. You'd be coming home telling the parents "I rode Europe today!"

Taking out the conditional licence was always something I wanted to do. Things were against me as I'm not exactly small and I always thought weight would have been an issue. Each year you kind of get dragged into the point-to-point bubble and put it on the long finger. Then when the point-to-points stopped with Covid-19, and were slow getting back, I just thought there would be more point-to-point horses running on the track. I thought I would make a stab at it and enjoyed it. I haven't looked back yet!

I generally go up to Keith and Marshall Watson in Armagh one day a week to ride out. At the moment, I also ride out for John Kiely, Liam Burke and Henry among a few others. They would be my set yards every week. It is all about building contacts as a conditional and trying to spread myself around. Working in racing is enjoyable, like anything there are good and bad days. Like any sport, it is hard to break into. You need to put the head down and put the work in and build contacts. I do enjoy it.

I had my first ride for Henry on Presented Well at Leopardstown on Wednesday. It was good to get a spare ride for a big trainer and it went reasonably well (sixth). John Kiely gave me a point-to-point ride a couple of years ago. He would be a family friend of both sides of the family and had horses for my grandparents. He was looking for someone to ride out and he offered me the job. I go into John one day a week at the moment. If I have a free day, I can also go in. 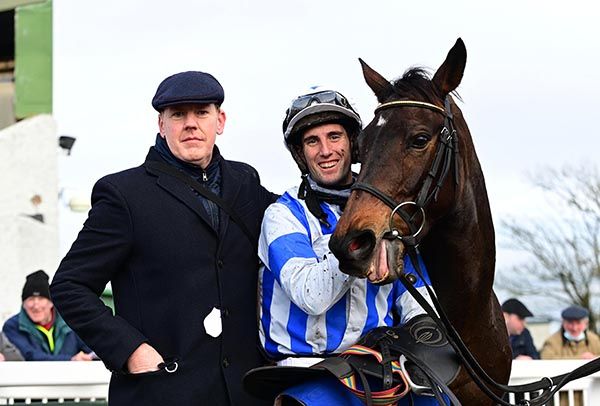 The winner on Powerful Out (at Tramore earlier this month) for John was almost like a weight off my shoulders as it was the first in a year and 50 rides with no winner. Powerful Out has plenty of speed but once she gets around horses, she gets a bit keen, so we said we would try dropping her out and use her speed and it worked. I just have to try and find the next winner and, if we get going, then try and ride out the 7lb claim. One step at a time.

I always rode out for my father and most afternoons I would ride out a few lots. We never really have more than 10 I suppose. Things are kind of quiet among a lot of small trainers at the moment.

I'm lucky that my father was a jockey and was very good at it as he rode out his claim. He goes through my rides with me. Outside of that, my agent Ken Whelan has loads of experience as a jockey. If I have a query, I would often run it by him. If he has something to tell you, he does. It is good to have feedback. I'd go anywhere for the chance of a ride or a winner, I'm not afraid to work. I do my homework on every race, go through the form, and watch the videos of the horse I'm riding and try and look and the race and figure it out a bit. It rarely goes to plan but we'll give it a go anyway!