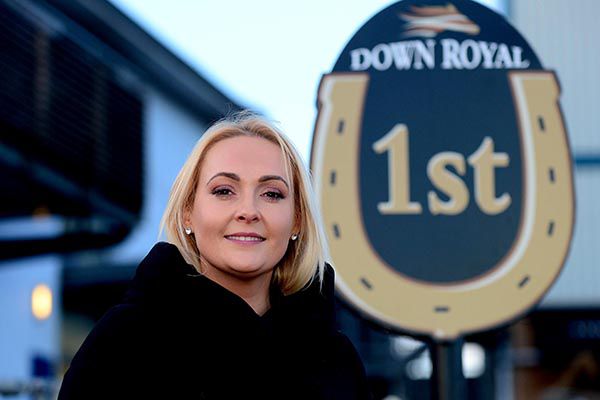 I was there when the board was making the case to Horse Racing Ireland in terms of lobbying for Dundalk as the geographic location by nature of its proximity to the M1 and the economic corridor between Belfast and Dublin. I was also there for the increase in infrastructure between the extension of the stand, the building of the weigh room facilities, the stables and the laying of the Polytrack.

I had the appetite to push on and had obviously been in Dundalk for a very long time. We were doing racing 51 weeks a year between horses and greyhounds. I felt primed to react to the opportunity in Down Royal (as Chief Executive Officer) and to ensure the continuity was as seamless as possible given the situation.

We have one Grade One race within Northern Ireland and I want to make sure we hold on to that, and hopefully in time have more. It was important that I ring-fenced that and committed to ensuring that it remained, and it did through the money we have brought in.

We were in a good position going into 2020 where we had convinced everybody that we meant business and then Covid-19 hit. The reality is that you have your staff to be concerned about in that limbo period when we grinded to a subsequent halt. It took a wee while before there were governmental support schemes via furlough etc. Thankfully that all found its own equilibrium, and then we were in a unique and very privileged position where our sport was allowed to resurrect behind closed doors. We have a lot to be grateful for and obviously are very grateful to the powers that be that lobbied to get us in that position.

The return (at Down Royal) was difficult because we had two distinct and different jurisdictions to marry, politics aside, and then navigate that to ensure everybody felt that the venue was safe. I'd like to think we have done that well. It has been a very difficult terrain to navigate, from one meeting to the next you don't know what could possibly happen so I'm very proud of the team. I'm very grateful to Jennifer Pugh and Charlene in HRI who have been wonderful in supporting me.

I made the strategic decision to cap the numbers on the Saturday (of the festival this year) with the full knowledge that if you leave it in the hands of fate you are going to have a lot of people attend here, and you are going to lose control of that especially when you are still in the realms of the pandemic. We have to respect the fact that we are not out of the woods. There was 4,500 people that we sold tickets to for Saturday and, interestingly, we had an unprecedented 291 who attended from within the industry and that included about 147 owners here. It is two years since we have had any great shakes in terms of that level of people on the site.

I was delighted with the quality of the renewal of the Ladbrokes Champion Steeplechase and I was delighted that we had a horse from the UK came over to take us on. Obviously, it makes for a more exciting contest. There was a lot relating to the two girls (Bryony Frost on Frodon and Rachael Blackmore on Minella Indo) going head-to-head and we were delighted to welcome those two ladies here - it was Bryony's first time ever attending Down Royal. 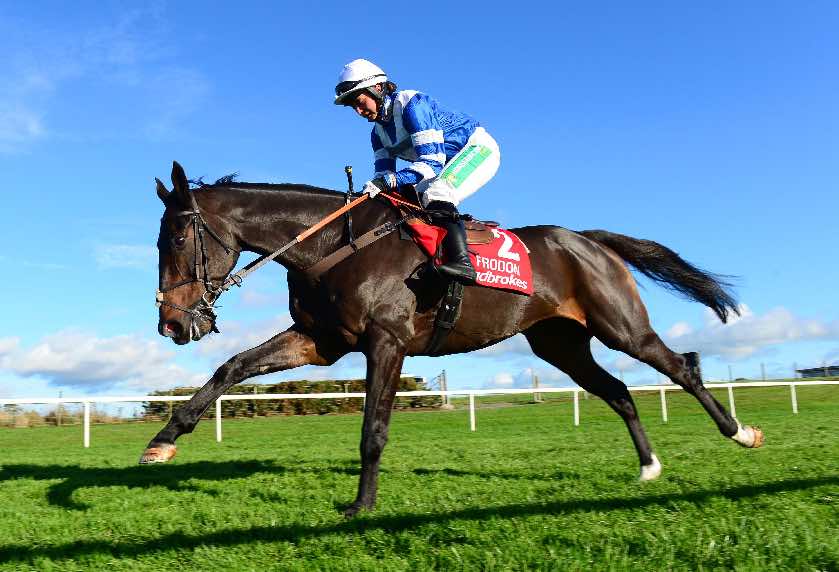 I very rarely can stop and take cognisance of what is happening on race day as I'm always on the go, but I always do for the big one and, to hear the roar when the horses came round the second time, I was a little overwhelmed but very proud.

Shane Webb does a tremendous job leading the ground staff here, he works tirelessly and loves what he does. His attention to detail comes to the fore when people come to see the course. The trainers have been very complimentary about the course and it's lovely to get that feedback from your peers.

In the short-term, our goal would be to resurrect our capital development programme. We will be doing improvements to the stable yard that very much needs to be brought up to standard and I'm excited about that. Then looking into next year, we want to hopefully be in a position where we are trading at 2019 levels. I'm not sure we are going to be there until possibly March because of the restrictions not being fully lifted until February down south.

We would like to see some of our races possibly in time given a promotion - the Grade 2 WKD Hurdle would be in my line of sight for that. I'd love to see the festival with a Grade One on the Friday and a Grade One on the Saturday.