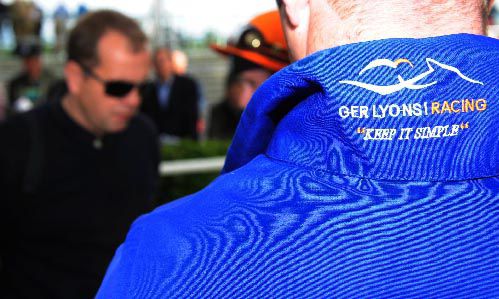 It’s one thing doing that, another thing delivering it and everything has to fall right for you and it has. It’s better to be born lucky than rich! I’ve a huge team and we’re all playing our part.

It was my first day back racing. It was the first day for (owners) Sean (Jones) and David (Spratt) to go too. I had always intended to come back for Champions Weekend. I’ve been saying all my career that you don’t need trainers at the races if the staff do their job and they’ve proved it. We went because it’s the biggest weekend on the Irish calendar and very important to us. We targeted it and were lucky enough to have horses for it.

Panama Red got us under way in the Ballylinch Stud Irish EBF Ingabelle Stakes. She’s a work in progress. We know she’s a miler for next year. We’ll let her grow up and I’d say that’s her for the year and we'll start her back in one of the trials.

What can you say about Colin? We’re just riding the wave with him and very lucky to have him.

Atomic Jones won the Group 2 KPMG Champion Juvenile Stakes and he could be the same. He was a big horse when he won his maiden and we gave him plenty of time. He’s still a big green baby and I didn’t expect to be running him this year, not to mind see him winning at two. He’s a real horse for next year over a mile plus. We’ll start him at a mile but I’d say more than a mile will be his trip. He did that purely on raw ability. He’s typical of his sire (Wootton Bassett), good, strong and dependable.

I was delighted when Camorra won the Group 3 Paddy Power Stakes with Thunder Kiss a neck back in second. It was special to give Gary a Champions Weekend winner. He’s a huge part of the outfit. As nice a person as you could meet on a day’s walk and probably the best judge in Ireland so he’s a huge addition to me. 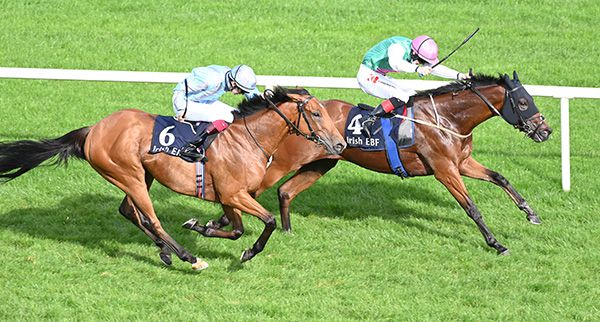 He has enough intelligence and enough experience to read what the race is doing and then to have the confidence to do what he did and it was the winning of the race and fair play to him.

He was there before Colin and he had the backbone to stay when Colin got the No 1 job, so it really was great. You don’t like beating yourself but it’s a high-class problem so to have a 1-2 was brilliant.

I thought the world of Masen. He’s had his issues. He ran a blinder in Killarney coming back off a long lay-off. He did too much, he did it all wrong. You can see him, he’s another work in progress. He’s not doing things right yet and when he does, he’ll be a nice horse so it was great to finish the day on a high with him in the Irish Stallion Farms EBF Sovereign Path Handicap.

We knew we had nice chances but two for the weekend and I would have been happy. Anything after that would have been a bonus. At long as they run their race is our rule. It’s when I go home scratching my head, that’s what we didn’t want. So they all ran their race.

Champions Weekend is special. It was a great innovation by Irish racing and it’s just getting stronger and stronger. We only had four runners in the Irish Champion Stakes but what a race.