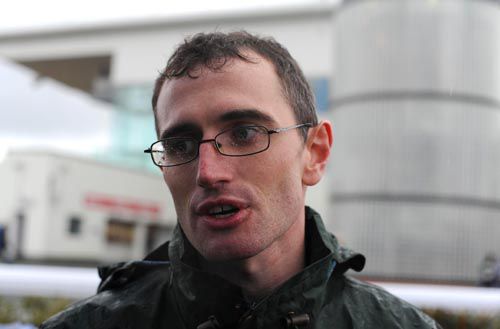 We made a point of trying to source horses that we felt would act on the surface and could do a job for us at that track and we’d often have our horses home from their races at Dundalk and bedded while some trainers’ horseboxes would only be pulling out onto the M50.

Just one of the twenty winners was over hurdles but when Hilltop Stables was built by my uncle Jim Gough and got going as a racing operation it was predominantly a jumping yard. Stephen Mahon was the first trainer to be based there and we had plenty of winners over jumps both under Rules and in point-to-points.

My uncle Jim always had horses and I would have learned how to ride on some of his ponies. I grew up in Finglas and Jim has a place in Gormanston Co. Meath. Hilltop Stables is in the Naul in north Co. Dublin and I live there at the yard nowadays.

After Stephen Mahon moved on I did the trainer’s course at the Curragh at the same time as the likes of John McConnell and Willie McCreery and took out the licence myself.

My uncle has other business interests including a hotel in the city and sometimes I’ve had to devote my time to them and the training took a back seat for a while. Having had such a successful year in 2021 I’m certainly encouraged to keep at it now and we’ll be looking to kick on and hit the ground running in the new year.

We find that it’s easier to keep Flat horses right than the jumpers and that’s the focus of the yard nowadays. Having said that, we tend to buy a lot of horses with issues but we do our homework before going to the sales and are prepared to take a chance on a horse if the price is right. 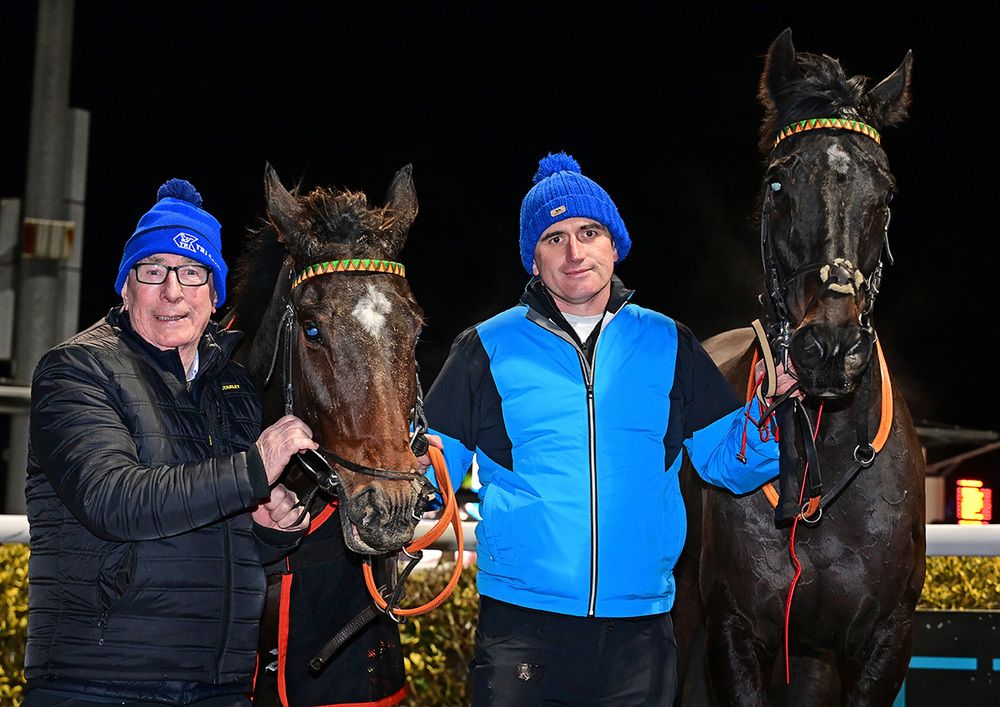 My brother Stephen does a lot of work on the catalogues and we’d have a shortlist of horses that we’re interested in before we head to the sales. Stephen used to work as a taxi driver before the pandemic but is a great help to me in the yard now along with Rachel and Gerry Duff, who rides out with me.

We’ve good facilities and when Dundalk was relaying its track we managed to acquire the previous surface material and use that on our gallops now. It didn’t come cheap and it was a substantial investment but the results seem to show that it was money well spent.

Obviously we’ve done well in claimers and the likes of Ger Lyons has helped to change the way other trainers perceive that type of race. Ger isn’t afraid to put a decent horse in a claimer at a winnable weight and move it on at the right price. Trainers are more willing to trade horses in claimers now and we’ve acquired plenty that way. We’ve obviously lost a few as well but there are no complaints on that score and these races give you a chance to make a profit on horses. There might be something that we’ve sourced in England which is rated too high to be competitive in handicaps but we can be aggressive in the weight we give it in a claimer to give it every chance of winning. If it doesn’t work out at least you’ll get dropped a few pounds anyway.

We’ve a couple of smart horses who are rated in the low 90s now and hopefully they might continue to progress. Dalvey was extremely sick last year and the blood readings from his liver were off the charts at one stage. He also had a bad sinus problem and our vets, including Donncha Houlihan from Dundalk Equine Clinic, have done a great job with him. He has slowly come back to himself and Derek O’Connor told us he was almost there after riding him on the beach at Laytown. The horse has since won twice at Dundalk, and there’s a nice two-mile handicap for him back there in January although I’m still not convinced he’s an out-and-out stayer at that trip. Touch wood his problems are behind him and he’s the biggest, strongest horse in the yard so there should be more to come.

Meishar is a horse we bought for three grand and he’s won four for us on the polytrack. He only started racing this year at the age of five and initially we thought he wanted further than a mile but he’s got sharper with racing and is a proper sprinter now. He was a big tall, weak horse up until this year and should strengthen up a bit more. I’d forgive him his last run as he was over the top but he’s a handful at home again and seems fresh and well.

We got particular satisfaction from getting Hathiq back into the winners’ enclosure at Navan in September. He really did have a serious injury and at one stage his body rejected the screws that were put into an injured joint and they had to come out again. We had to repeat that procedure and people were telling us that we were going nowhere with him so it was great to prove them wrong. I’d be hopeful with a dig in the ground next year that he might be able to win again as he’s probably well-enough handicapped.

Denis Hogan had previously won three nice pots with Hathiq and of course Sceptical was the standout horse we had with him. We pre-train our own horses here and Sceptical hadn’t shown me much for the first six weeks or so until one day he was ducking at things on the gallop and took off with me. I knew then that he was something special. We’d rarely have horses finish more than a couple of lengths ahead of each other when they’re working but he could finish 20 or 25 lengths clear at the top of the hill some days. We got some eyewatering offers for him after he was placed at Royal Ascot and in the July Cup but my uncle said what would we do with the money only buy more horses and we might never get one as good. We were actually there on the day he had his accident on the gallops at Denis’ yard which was terrible but at least Denis didn’t have to break the news to me over the phone and, likewise, I didn’t have to make that call to Jim. At least Denis was able to enhance his facilities after the exploits of Sceptical and we’ll always have some horses in training with him.

In fairness to my uncle he actually went out and bought plenty more horses even after what had happened to Sceptical. We don’t hang on to them for too long if they’re not able to compete and we like our jockeys to be straight up with us after a race. One thing I can’t abide is jockeys making excuses for horses because, unless the horse has made a noise or something has happened in the run, we can see for ourselves if the horse will make the grade or not. We’ll try and rehome horses and obviously we can move them on in claimers as well.

We train mostly for ourselves but we’ve had a couple of owners who have sent horses to us in recent weeks. Brendan Murphy sent one to us from Cork rather than having to travel the horse four hours up the road to run at Dundalk and we’d have room for a few more although we want to keep the numbers manageable. Normally we wouldn’t do much with them between races at Dundalk. If they ran on a Friday and were due to run again a week later they’d have a few quiet days and then just do a hack on the Wednesday before the next race. The horses are on a break at the moment and are getting very big and well in themselves so we’ll have our hands full when they start back in work next week but we’re looking forward to it.