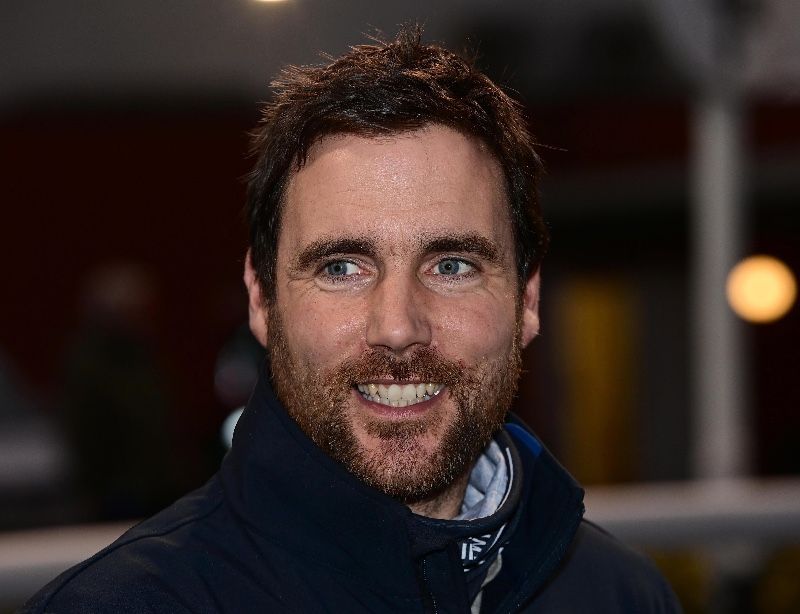 My father owned horses and I had a bit of an interest in getting involved in the training side of things. At the end of 2003, my father got me a job down at Jim Bolger's yard. I moved away from home and got involved down there. I was too heavy to be a rider and the boss (Bolger) was patient with me and gave me the opportunity to ride out as well and come through gradually. It was hard work but I went down there with an open mind to learn from the best with a view to training in the future. In my opinion he still is the best.

The boss and the lads down there were very good to me. I was only there a few months and a space became available to run one of the lines. I said to Pat (O'Donovan) would he give me a chance to try it and keep an eye on me. The boss gave me a chance and I ran it the rest of the time I was there. There were four lines in the main yard and I was dealing with 21 horses. I was in charge of horses such as Alexander Goldrun who basically showed me the world - she had just embarked on her three-year-old campaign and took me to Hong Kong, to France, to Singapore, to Dubai and she was a great inspiration to stay at it and keep going. Two out of the three times she was in Hong Kong I was there, and I was there when she won the Hong Kong Cup (in December 2004). The experience was just phenomenal. I always remember Ger Flynn (travelling head lad) telling me to take something from everything I learned and make my own system.

We built our own yard on the home farm in Dungannon. We went the wrong way about it if I'm honest, in hindsight we wouldn't have done that. Basically, we spent a lot of money early on putting in woodchip gallops, stables and facilities. We took out a licence and tipped away. In 2008 we had a winner called Tipper Road. Patrick McKenna's father Malachy, who has since passed away, got wind that we were starting to train and he rang me. He had a few horses with Ray McGlinchey at the time. He asked me if I would be interested in doing a bit of training for him. We took three horses for him and Tipper Road was the first winner all the way down in Clonmel.

The woodchip needed to be repaired and patched up. It is one of those things - unless you can afford to put in a woodchip gallop you don't put in a woodchip gallop. We couldn't maintain it and horses weren't running well enough. We had to find an alternative and this yard in Magheralin, Co Down became available. We are close to Down Royal racecourse. This yard was formerly under the care of James Lambe and then it was closed up for around three years.

Dr David Adams is one of our main supporters. David was originally part of a syndicate from Scotland that came on board with us when we were travelling horses to Ayr and Hamilton. It is actually easier for me to get horses to Ayr and Hamilton than it is to some of the southern tracks. He approached me and said he was keen to get involved themselves (with his mother) as sole owners and have their own name on the racecard. A syndicate is a nice way to get involved but, if you can afford to, a lot of people like to see their own name and their own colours out there. He now has four horses in the yard and has had 12 or 13 winners with us. One horse (Adams Barbour) is responsible for seven of those. He has been very lucky. All bar two horses we have sourced for him have been winners. To be fair, the other two had genuine reasons to not get there.

Adams Barbour has been fantastic for us. We had the sister originally for the breeder, Ty Rock Brandy was her name. She won three times over five furlongs at Wolverhampton for me, a real speedy type. Then she was put through the ring and sold on. The brother became available and we mentioned it to David. When we saw him, he was very small. He looked like he was going to be a two-year-old and that he wasn't going to train on past maybe June or July time because he was very small. We did the opposite with him - we broke him and gelded him and we didn't run him at two. We just let his bones settle down and let him be where he wanted to be. Thankfully, it is a strategy that has paid off.

He's now off 85 and we are going to have some fun with him, we are going to try him at Listed level. He has done his job and has won seven races. He was bold at the start, he dropped jockeys at Down Royal and Dundalk. Now he is getting professional and knows how to race. If he handles the switch back to turf, the way he has been improving up through the ranks on the all-weather, you don't know what you might have. You might have nothing or you might have something. The dream is alive anyway. We'll be prepping him to have an easy end of the year, so that he can go back fresh to Dundalk, he is clearly a Dundalk specialist. He holds an entry for a Listed race at Naas on Monday. It will be ground dependent but he needs to run again. It was unbelievable when he got an award for the most wins in the winter series at Dundalk. We never expected anything like that and it is fantastic to get our name out there. He's just a horse like that Seabiscuit story where you don't have to spend millions to get yourself a good day at the races. 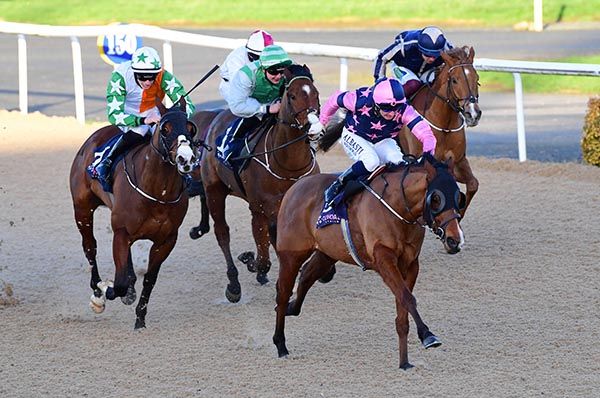 We have stables for 17 horses and at the minute we have 13 riding out. There's always room for expansion and room for more. There are plans in with the planners at the minute to build a barn at the back that could house 20 more horses. Expansion is on the horizon all being well and we are keen to bring in new interest. We are always looking for that speedy type of horse. We seem to be able to get them sharp and get them going.

Recently we paired up with Freddy Tylicki, he spent time with me down in Bolger's. He has got into the bloodstock side of things and he sourced Spirituoso who was a winner on finals day at Dundalk, and Sense Of Romance won at Dundalk before Christmas. He has sourced another called Silver Nemo who is one to keep an eye out for. He has got a bit of UK form over five and six furlongs on the all-weather, and is hopefully one to pick up those low-grade races that Adams Barbour has stepped out of now. He could tip away over the sprint trips around Sligo and Fairyhouse over the summer before he goes to Dundalk.

Everybody says you need a better quality of horse but I always argue the case that you need winners. It is a matter of opinion. If I run a horse on finals day (at Dundalk) rated 38 (Spirituoso) that wins nine grand for finishing first, to me the buzz that day was as phenomenal as me having a horse rated 85 winning nine grand. The term we use is 'winners at any level'. You are judged on your number of wins and if you are winning a Class 6 (handicap), that is as important as winning at any level. The owners want wins and the breeders want success.