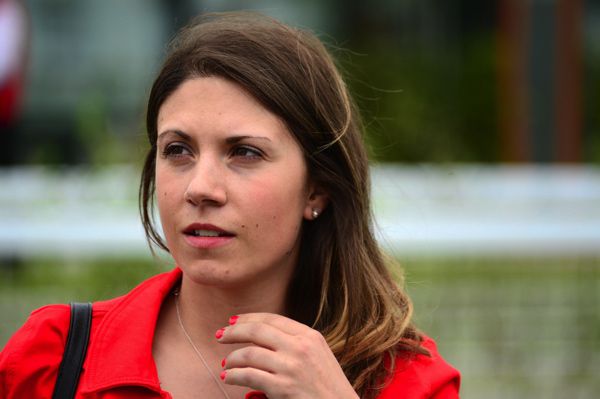 I'm from Milan, Italy and my parents used to take me to the Palio in Siena (three-lap race involving riders and horses representing 10 of the city wards) and that is how my passion for horses started. I went to it for the first time when I was six. It is every August and it is a tradition in that part of the world. The people are very passionate about it in Italy. There are also a lot of smaller Palio's around Italy. We actually have one not far away from my town. They are riding bareback with just a bridle.

I then went to my local pony club and then spent summers in some of the big training yards in Milan looking at what they do. My family wasn't into horses and it was very difficult for me to get into it. I did some research when I was 19 and finishing my high school, before going to university to study Psychology and Sociology. I was looking for different opportunities with horses as it was difficult to get into from my part of the world. Through an agency that organised work experience for students, I saw that there were opportunities in Ireland in eventing yards and showjumping yards. It was family-based work-experience. I was placed with Fiona Wilson, who had hunters and eventers, for a few months.

I bought Abstraction and that is where it all started! I went to the sales with the intention of buying a horse for myself to try to give it a go. He gave me the confidence to do the course (trainer's licence), to try and train him myself without looking to have many horses. He was with Sarah Dawson until I got my licence and finished a close fourth in a valuable handicap at Meydan. He won four times in his career. The first year with the licence was a disaster with a virus. It was very disappointing to know that the whole yard was sick at the time. It was a very bad hit to take because you are starting, and full of energy, and then bad news comes along. You just have to keep the head down.

Alnahar was my first winner (at Dundalk in January 2016). When he won, everything sort of felt right again and that it was going in the right direction. It was a big relief to know that all the effort to do the trainers' course, and trying to give it a go with my own yard, was worthwhile. Scarva was my first yard and I moved in 2017 to a yard in Loughbrickland, Co Down. We have 17 stables, paddocks, starting stalls and we have the use of a public sand gallop. It is close to the yard so the horses have a nice walk through the quiet back roads and fields.

At the moment we have 12 horses in and I am open to a few more. This year we are looking to expand as the year goes on. The horses are in very good form (three winners from six runners) and they have done a lot of condition work during the winter, so they were all pretty fit when the season started. They seem to have come out of the races very well. Hopefully it continues.

Blairmayne (seven-time winner) is our stable star and he is still going strong. He runs over seven furlongs in Cork on Friday (in an €80,000 handicap), he has won over that trip as a three-year-old. We have kept him over shorter trips but the way he won at Naas last month would suggest he could stay an easy seven furlongs. He doesn't need to make it all, he can get a lead. He seemed to stay on at the end (over an extended five furlongs) in Naas. He kept finding for Wayne (Lordan) and that has given us the confidence to try and step him up over seven. Cork is an easy seven so hopefully he will get it. He very rarely runs a disappointing race. He has been a dream horse in my career and you wish you could have more like him. Naas (last month) was a very good day as Magic Charm gave us our first double. Magic Charm always showed potential in his class and it was good to get it out of him this year. 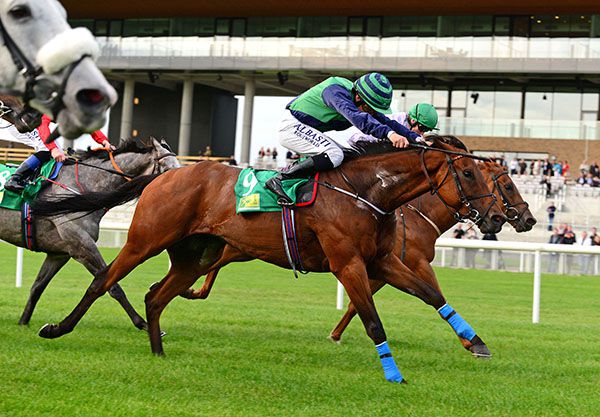 Our goal is to improve the class and quality of horse more than increasing the numbers. This year we have tried to bring the yard into a new direction. We are trying to source young horses, two-year-olds and three-year-olds, to try and win maidens and sell them on. The handicappers are always welcome but we are trying to get a few quality two-year-olds. We have five two-year-olds at the minute with a few more coming from the sales. Hopefully everything will go the right way.

Whenever you have a winner in Ireland, it is a great satisfaction because I think it is one of the most competitive places in the world to train a winner. It is very hard work, sometimes we have long hours when there is racing and you are working 15 or 16 hours a day. We leave the house at 5.30am and we are not back until 11pm. The satisfaction of having a winner is great, though.