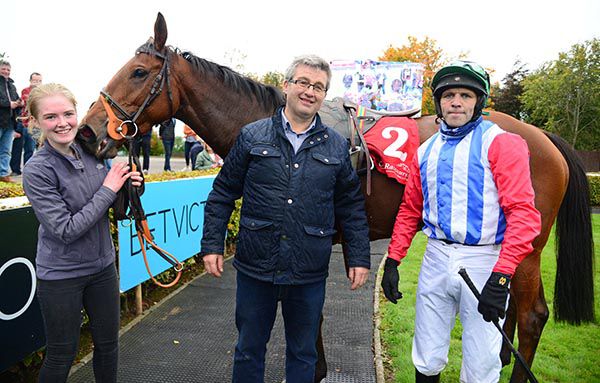 My parents were into racing, both sides of my parents' family would have strong racing connections. My father, Michael McGrath, was a veterinary surgeon who trained horses and was a very keen breeder. His father before him trained horses from the 1930s onwards. I grew up in a family-run operation with a small number of horses.

Among my father's best horses was Another Brownie bred by my uncle Nicholas Connors. He had good success as a breeder and good luck with the Shuil breed - he bred Shuil Dubh who had success with her progeny.

My home place was in Cappagh, Co Waterford and I moved to Aglish also in Waterford about 15 years ago, it is my wife's home place. I've been training from there. The first horse I got was called Kilty Storm who was owned by a good family friend Sean Lucey. He had horses in training with my father and my brother Johnny worked for him. He was the Tattersalls Champion Horse in 2010.

The horse came back from the Pipes and we had a great time with him - he won the Raymond Smith Memorial Hunters Steeplechase at Leopardstown (in 2010) and a couple of point-to-points. He was second in the Foxhunters behind Baby Run at Cheltenham, and was beaten into second by On The Fringe in the Champion Hunter Steeplechase at Punchestown.

Sean Lucey had actually bought Kilty Storm off my farrier. Sean took him to England and things just weren't working out for him, so we brought him back and started point-to-pointing to see where we would go from there. We had great fun with him there for two years. He was my first winner at Leopardstown and we got a great buzz out of that.

Thynetocatcher won a Listed bumper in Navan (in 2011) and I bred her myself. I got great satisfaction out of that as I very much enjoy the breeding side of it. It meant a lot to me.

I have worked with Glanbia in the feed section for the last 20 years and that comes first. The horses you could say are a passion. I get great help from all members of my family, and from Rae Ann Barry and Maurice Sweeney to allow me to indulge my passion. 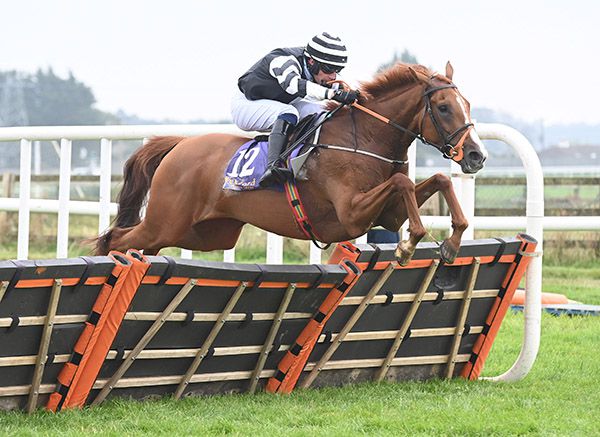 Mainly we race what we breed and one or two from close family friends.

Sweet Street (who was part of a double at Wexford last month and a double at Cork on Sunday) is a lovely honest mare. She indicated ability in her first run in a point-to-point when her jumping wasn't up to scratch and she ran some nice races in bumpers but she is improving away with time. She seemed to come out of the race well on Sunday, so more than likely she will go back to Cork for a three mile Listed novice hurdle. We might look at the Grade 3 against mares in the north (Down Royal) in case it cuts up.

Ian Power was on both winners on Sunday and he is a very talented man. He had a very good start to his career with Noel Meade years ago and left the game and went building. Stephen Curran, a farmer who trains one or two horses, encouraged Ian to come back to ride his good horse Jacksons Gold. It got Ian back into the game and it is great to see his efforts being rewarded.

There's a good interest in the west Waterford/Dungarvan area in racing over the years from John Kiely to Declan Queally who rode Kilty Storm for me. We have six riding out at the minute. My children are 17 and 15 and they are a great help at the moment - my daughter does a lot of the work around the place and keeps us organised, and my young lad does a good bit of showjumping and he rides out the racehorses every day.

We wouldn't be at racing only for all of us enjoy it. My mother is in her nineties now and she follows it and gets a good kick out of it.