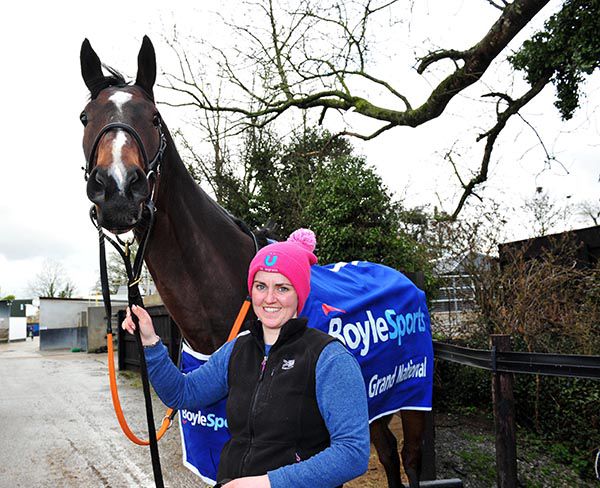 I come from Downpatrick, not far from the racecourse. None of my family were involved with horses. I used to just go racing when I was younger, with my daddy, Roy and my uncle, Tony. I fell in love with it and started taking riding lessons and went from there with ponies and that.

A friend of mine, Christopher McCartan, had a couple of point-to-pointers and I thought it would be a good idea to work for him at the weekends. Then I moved on to working for a local trainer, Brian Hamilton, riding out and looking after horses, again at weekends. My first full-time job was with Colin McBratney and I was there seven years.

I had a couple of friends that I’d met through racing that worked with Gordon Elliott, Mary Nugent and Karen Morgan. I wanted to move to a bigger yard and work with better horses so I got in touch with them and started at Cullentra House in 2015.

Even from when I started, the place has got bigger and more quality horses have come in. It’s amazing the size it’s got to.

It’s important to get on with the people you work with, as we see each other more than we’d see our family, and we do get on well. Gordon is quite chilled out. As long as things are done right, he’s easy and very good to work for that way.

General Principle was one of my early horses and it was great when he won the Irish Grand National in 2018, giving Gordon his first win in the race. He is such a laidback horse, really chilled out. He’s a lovely ride.

Allen is in a different league. He just knows he’s better than everybody else. If he sees a camera he’ll always look at it. And he takes it all in his stride. He holds himself in that way like he knows he’s special and kind of floats across the ground. 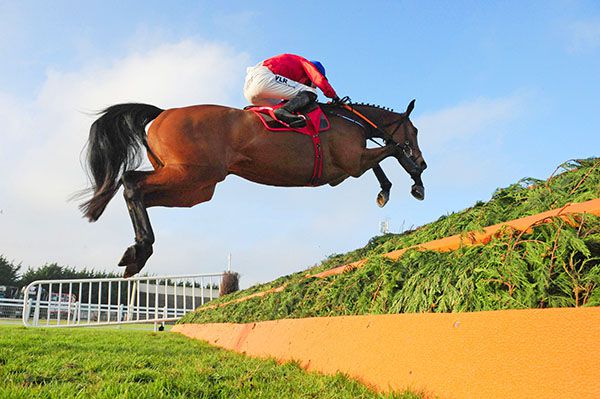 When he won the Champion Bumper it was fantastic because that was my first Cheltenham winner. The Ballymore was a bit more nerve-wracking because I thought for a split-second Davy Russell was after giving him a bit much to do. I barely saw the finish as Jack Madden was hugging me and slapping me from the last.

There is nothing in the world that beats walking in with a winning horse at Cheltenham. The crowds, the noise and everyone wishing you well and congratulating you. And you are just so proud.

I look after Death Duty too. Unfortunately, he’s had a lot of issues but we still hope he will get back to his best. We treat all our horses as our babies.

It’s funny now how my parents love racing. They rarely miss Downpatrick and were in Cheltenham for the first time last year.

We are all getting on with things as normally as we can, which isn’t easy with Covid and Brexit. In our minds, Cheltenham will be fine, even if it is without crowds. And that is the most important thing. That is what we are all working towards.

Allen is in good form and I’ll be hoping first and foremost for a safe jump around, getting home safe and sound and then hopefully maintain his 100 per cent win record. Then, all being well, it will be straight to Cheltenham.