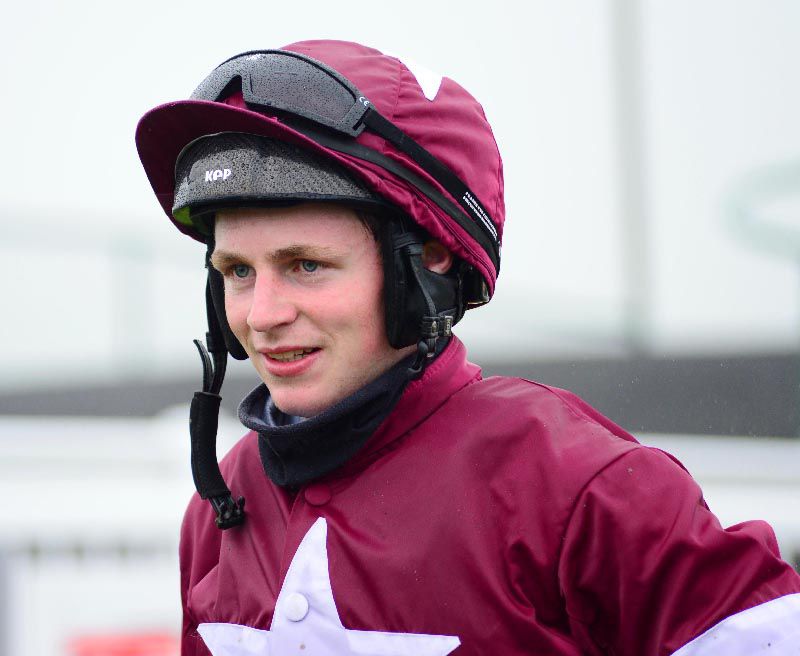 It was nice to be nominated for the National Hunt Special Achievement category in the HRI awards, as just a recognition of doing well so far. You don’t get carried away about it or anything, but it is always nice to be recognised for what you have done.

I was reared around horses. We always had a few at home and my grandfather used to have a lot. I came through the point-to-points and rode my first winner for my father, Jim on Tinacurra at Grennan in May 2016.

In the 2017/18 season, I managed 11 winners and that gave me a share of the champion U21 riders’ title with Shane Fitzgerald.

I had my first winner on the track in a bumper at Punchestown in October 2017, on board Cordovan Brown for Liz Doyle and I still ride out for Liz every week, along with Jessica Harrington, Paul Nolan and Gordon Elliott.

I decided to turn professional after winning the U21 riders’ title and it has gone well so far. This season has been great and I have already matched the 27 winners that was my previous best from last season.

Ken Whelan has been my agent since I turned professional and does a great job for me. I have only just lost my claim so the next year will tell a lot but the people that have supported me are still doing so and I am still getting up on good horses.

An example is Emily Moon in the Grade 2 Mongey Communications Novice Chase at Punchestown. It is great to be riding in this calibre of race. I was third in a Listed mares’ chase at Clonmel yesterday as well, won by Shattered Love, so that was a great race to be involved in. 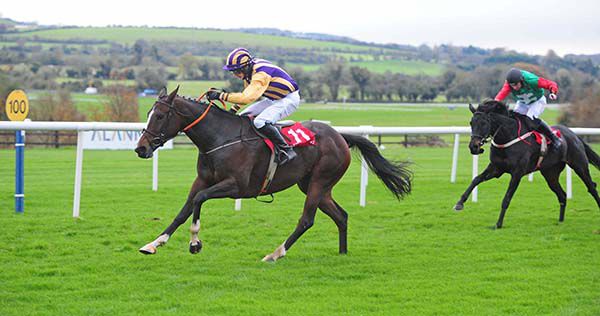 Emily Moon is obviously Jessica Harrington’s second string but is a nice mare and would not be without a chance of running a big race and getting some black type.

I ride Castlebawn West in the valuable Grade B Alanna Homes Handicap Chase for Willie Mullins and it is great to be getting the call from him. It’s a hot race but a Willie Mullins horse always has a chance.

I have three nice rides on Sunday too. Jessica Harrington runs a nice horse, Lifetime Ambition in the maiden hurdle. It’s a good race but he is a former point-to-point winner who is one to keep an eye on.

Bois De Clamart won his beginners’ chase well and he could go well in his first go in handicap company for Liz. I also ride Fortune Street for Paul Nolan in a handicap hurdle. He is owned by Jim Coffey, boss of my sponsor Softco so it would be great to ride a winner for him.

I was lucky enough to win the Boylesports Handicap Chase at the 2019 Punchestown Festival on Cloudy Morning for Declan Queally and just recently, won the Paddy Power Cork Grand National on Dromore Lad for John Ryan.

Winning the Matheson Handicap Chase on Eclaire De Beaufeu at the Dublin Racing Festival was the highlight so far however, and then I had my first ride at Cheltenham on him as well, when we finished second in the Grand Annual Chase.

That’s the next thing you’d like now, to be riding regularly in those big races and to ride a winner at Cheltenham. That would be the dream but really, it is about working hard and hopefully that will happen.