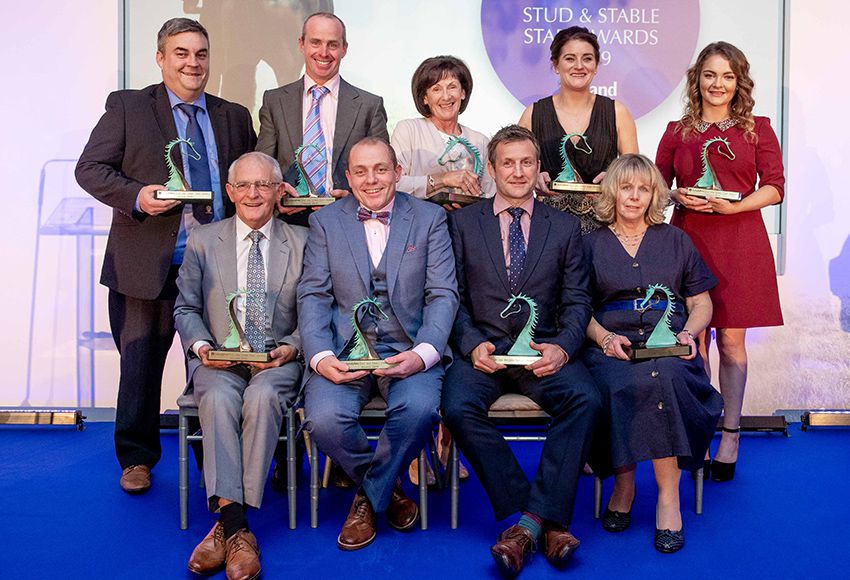 It was a shock but a very pleasant one when my name was read out as winner of the Dedication to Racing & Breeding category at the Godolphin Stud and Stable Staff Awards last week. I was over the moon.

The two other boys that were nominated, Paddy Duffy and Eamonn Leigh have so much experience. They’re every bit as entitled to it as I am. I thought Eamonn was very strong myself. Believe it or not, the legs went like jelly when I was called out.

It meant a lot to be recognised after all the years and fair play to Godolphin for sponsoring these awards and to HRI for organising them.

A lot has changed since I started with ‘Darkie’ Prendergast as a 14-year-old in 1961. The conditions, pay and holidays are better, the facilities are better. The helmets, back protectors, wet gear — there was none of that in the old days. You had jeans, rubber boots and a cap and out you went, seven days a week, hail, rain or snow. So it’s much better in that respect.

And yet it is harder to get staff now. Aidan O’Brien is one of the few that won’t have problems but most yards are struggling to get good people.

Of course generally, yards are much bigger. When I started with Darkie, he was banging in Group 1 winners but he always had 63 horses at Rossmore Lodge. Kevin (Prendergast) is much the same. And that meant that you only had the two or three horses at the most to look after and you could give them your individual attention. Nowadays you could have two or three lads going into a barn with 20-odd horses. That’s the big change that I don’t think is for the better but everything else is.

I was probably one of the very lucky ones in racing and the brother Tom was the same, spending so long as he did as Dermot Weld’s head man. He actually won a stable staff award four years ago so it’s a nice family double.

He started with Darkie in 1959 and I went in two years after, on the 3rd of September 1961. I think it was a Monday. Two years after that when I was only 16 I was minding Ragusa, who won the Irish Derby, the English Leger, the King George and the Eclipse. I was only a nipper and I was looking after one of the greats. That’s very lucky. Tom had the Epsom Oaks winner Noblesse the same year.

I went everywhere with Ragusa. At that time, you travelled everywhere with your horse. The boss would tell you, ‘I have a nice little race lined up for him in two weeks’ and you could be heading off to Chester.

I was with Darkie about 11 years when Richard Ansley started up and offered me the job of head lad. A lot of lads came out of Darkie’s and became head lads or travelling head lads. He was a very strict master but you learned if you did your time. You did your five years and you learned.

Richard only stayed training about six years. He was based at the back of Pollardstown on the edge of the Curragh. He had Wally Swinburn and George McGrath as first jockeys and he did super. He was second to Dermot Weld in the trainers' table one year. He gave up and I got the job back with Darkie as head lad.

He then got very sick the second year and myself and Christy Roche were basically doing the horses. We had five Group 1 horses, the likes of Nikoli and Ardross. Then Darkie died and Kevin took them over. Nikoli won the Irish 2000 Guineas. I used to have to go down to the start and wash him before his races, he sweated so much.

Kevin took over at Rossmore Lodge and I took over the travelling for him for 13 or 14 years. Like a lot of things in employment we had a little bit of a biff one day so out I went and that was it. If it was today I would still be with him as you mellow as you get older. It was a silly argument but at the time I wouldn’t go back.

I went to Jeremy Harley then. I was eight or 10 years with him but things were quietening down and he told me to go and see Mick Halford about being head lad because I would be bored staying with him. So that’s what I did and I’m with Mick ever since.

I’m semi-retired but I still wake at 5am every morning and am in at work for 6am. Seven or eight years ago I tried to retire. My son Mark, who has done well since coming back home for the last year or so, was in Singapore at the time. Phyllis and myself took three months off and went out to him. The other lad, Fergus was in Dubai so we stopped off there too. I was only back a week and I was biting my nails off. I didn’t know what to do with myself. Lucky enough Mick gave me a call and I was happy to go back.

Racing has been so good to me and with Mick I have been around the world. There have been a lot of great trips since I went back. I was in Chicago with Platinum Warrior last year. Two years before that I went to Seoul with Wild Dude. It was the first time they opened it up to international runners so I was the first Irish lad to race there anyway.

It is amazing he people we have met as well. Hollywood stars and royalty. Bing Crosby. Sheikh Mohammed and Sheikh Hamdan, the President of Ireland, the Queen of England. You actually begin to nearly to take it for granted, it was just normal, which is unbelievable really for a young lad born and reared in Kildare.

And it was all down to my grandfather. He used to work over in Darkie’s and he was the one that brought us in. He nearly reared us. I always remember the day he brought me over to the Keadeen, where Darkie used to live and introduced me to him.

The house I am living in now, Darkie made me buy it. It was good advice.

I have worked with some great riders, right from the start when Darkie used to have all the Australian jockeys like Garnet Bougoure. Kieren Fallon and Charlie Swan were apprentices with Kevin and Michael has brought so many good lads through like Gary Carroll and Shane Foley to name just a couple. The young lads there now are good lads too. I just tell them you have to work hard and will always give them a bit of advice.

I am really enjoying the work now and Mick leaves me to my own devices. The yard is so big now and he has built an amazing facility but for me, I get in nice and early so I’m not rushing and not stressing. I’ll keep doing it another while hopefully, until the body tells me it’s time to stop.

And that’s not yet.