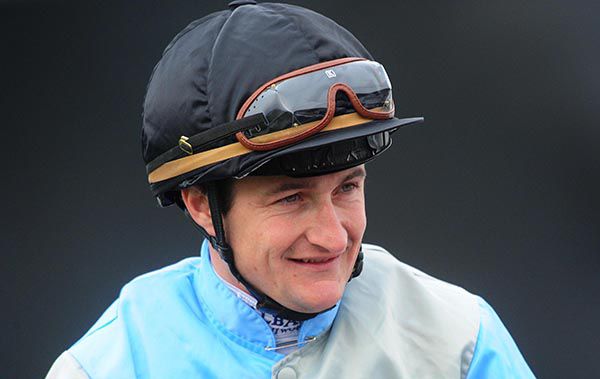 I am the proof of that. When I walked into Good Counsel College as a first year, the notion of even sitting up on a horse would have sounded ridiculous. Now, I am looking forward to Irish Champions Weekend with a good book of rides and a lot of big chances.

It’s mad to think of it really but if I had gone to a different school, I wouldn’t be involved in racing at all. It was the group of friends I had in Good Counsel — Matthew O’Connor, MJ Doran and SeÃ¡n Flanagan, they were all racing mad.

I think my first exposure to horses was a school tour to Aintree, which wasn’t your normal school tour. We went to Ballydoyle too and that’s where I got the bug.

My first time on a horse was at Matthew O’Connor’s 16th birthday. They threw me up on a hunter the morning after.

We went to RACE after that, with the intention of going back to school after a year but I knew that wasn’t going to happen. I was sent to Mick Halford’s and he was a massive figure in my life. He brought me right through the ranks from a kid to a professional jockey and kept going. It’s been good so far.

It was tough, especially having no background but knowing nothing maybe helped and you were always learning. And that stood to you. 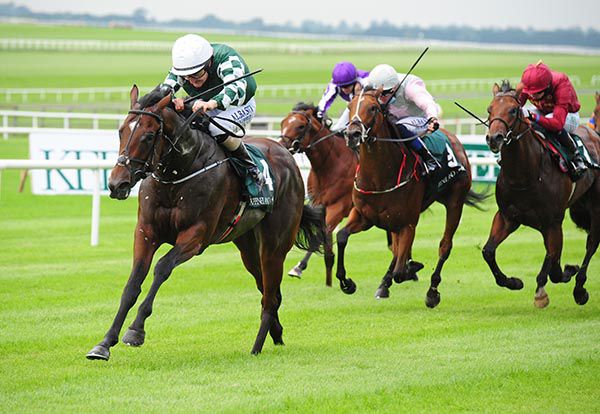 I didn’t have my first ride until I was 19. Some young lads have ridden out their claim by then. I was a bit stronger, a bit heavier. You’re able to deal with people a bit more, you’re a bit older, a bit cleverer. Sometimes these kids at 16 are thrown into the deep end and expected to do a man’s job.

I went through my claim slowly, built up contacts and the riding improved. I think it was a bonus to me that that’s the way it worked.

I am with Jessie Harrington now and things are going well and I’m very lucky to be connected with such a strong yard.

This is a massive weekend on the Irish racing calendar. Irish Champions Weekend is our Royal Ascot or Cheltenham and we’ve plenty of ammunition for the weekend.

I am really looking forward to Lucky Vega in what is a very strong renewal of the Goffs Vincent O’Brien National Stakes. From day one he’s always been a nice horse. He had a little hold-up after his maiden win and was a little bit rusty when second in the Railway Stakes but he showed his true form in the Phoenix.

He’s a very laid-back horse so the step up to seven furlong should be no problem and the ground at the Curragh should be lovely too. It’s a very exciting race. He’s beaten the horses here but obviously Charlie Appleby is bringing over Master Of The Seas, who is unbeaten, and Battleground looks very good.

It’s one of the races of the weekend I think, along with the Coolmore America ‘Justify’ Matron Stakes. Albigna is in that and I don’t think we have seen the best of her yet this year. Maybe a mile around the bend will suit her and the ground will be lovely.

Cadillac runs in the KPMG Champions Juvenile Stakes and is in good shape while Cayenne Pepper and One Voice are going in the Moyglare ‘Jewels’ Blandford Stakes. We have plenty of good ones.

I’d settle for one Group One win! But it should be a great weekend of racing.