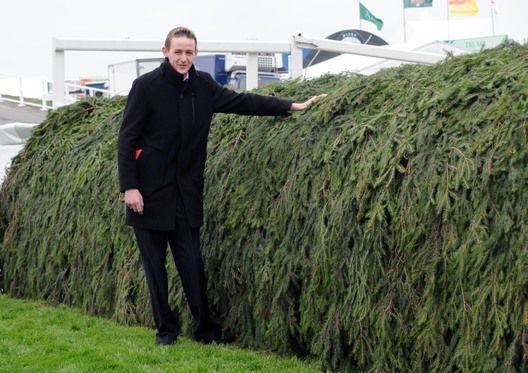 I am in Australia eight years and established among the top jump jockeys on the circuit but this was my biggest win, in what is the equivalent of the Aintree Grand National, at the carnival which is our Cheltenham in terms of atmosphere normally. Jumps racing isn’t as popular here as at home but this carnival does attract the crowds so it is great to have a big win there.

Obviously, this year, there were no crowds as racing has been taking place behind closed doors to the coronavirus. I would have loved to have had such a big win with the crowd buzzing, as they would have been as Ablaze was favourite,

While the family couldn’t be there, there was still connections there that were allowed on the racecourse and they were all delighted. I am not complaining because it was the race I wanted to win and it was still worth the same money.

From early this season I thought I had the horse in Ablaze to finally tick the Grand Annual box. I had been placed in it a couple of times and wanted to put it on the CV. Then he got a little setback and missed an intended run. So, there were a few questions about whether he would be aimed for the race. Trainer, Ciaron Maher kept faith in him and it was great that he delivered.

He is a novice really. He was going into the race after one start over fences. He ran in a trial about a week and a half before and a lot of people knocked him but those races are less than two miles. The Grand Annual is three and a half. Despite the grumblings, he went off a short-priced favourite.

I was very strong about him before the race. I had a good book of rides on the day but put him up there as among my best chances. Did I think he was too novicey? No. He is clever and good enough. Thankfully, the race worked out exactly as I planned, giving him confidence early, get him in a rhythm and then going and getting the job done. I knew if he jumped well and got into a nice rhythm he would win and he won impressively. He will be the one to beat in it for the next couple of years hopefully.

It was a big decision to go to Australia and it has been worth it. Last year I was leading jumps rider which was another thing I wanted to tick off. I won the Tommy Corrigan Award. I was always running second, third, second, third and bang there and having good years. Last year I ticked that box. It was great. The family got a huge kick out of it.

The Australian Grand National is next on the list now. It’s not as prestigious as the Grand Annual but it’s worth a lot of money. Ablaze will go for that now, then will come back for the Grand Annual next year. After that it will be Japan for the Nakayama Grand Jump. The possibilities are endless and exciting. This is a horse you feel lucky to be associated with.

My mom and dad and my wife Lauren’s parents stayed up all night watching because it was such a bumper card of jumps racing. They got a great kick out of it. I got lots of messages from friends and family. Getting publicity in Ireland was great. At least they know that Jackson hasn’t retired yet anyway!

I am from Kiltegan in Co Wicklow originally. Francis Flood gave me my introduction to a racing yard and he threw me up on a horse or two on my first morning, which I didn’t expect. I got the bug then.

I finished school but any day I could get off or every Saturday I was out there. After I did the Leaving Cert I went there full-time for a year at 17. I rode in a few bumpers and point-to-points for him. Then I moved to Philip Rothwell and went conditional and I became champion in 2008 with 26 winners, eight clear of Sean Flanagan.

It just petered off a bit after that. It’s like everything, you’re valued for your claim but when your claim goes, you’re in trouble. And at the time Ruby Walsh, Davy Russell and Paul Carberry were the top riders and there was no sign of them slowing down. Philip Rothwell was a big supporter of mine and then Declan Bates came in there with a claim and he loved using his claimers. He started getting some of those rides. Declan is a great friend of mine now and is over here too, he had a big winner the day after me at the carnival.

I started freelancing. I was still getting plenty of rides but the winners went on a downward spiral. You just need to be riding winners to be making it work, or opportunities dry up. 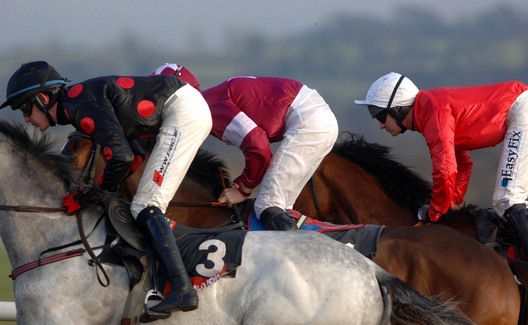 We have two boys now, Joseph and Bobby. We just had Joseph at the time, he was a year old. With a mortgage and stuff like that, the pressure was coming on a bit. It was getting to the stage that you were going around riding out for everybody for nothing but the promise of rides. That doesn’t work financially at the end of the week.

I touched base with a couple of lads who had gone to Australia, the likes of Johnny Allen and Tom Ryan. They made a wage at the end of the week as well as their rides and get paid well for riding out. Lauren had a good job at home but she was up for the adventure when I said I don’t really want to give up riding. I got a contact down here and they sponsored us to come out. We came out then and thankfully we haven’t looked back. It was a big thing, a scary thing at the time. Leaving your family, you would still miss everybody. But the kids love it here and we love it here. It has all worked out well for us thankfully.

It was great to see the video of Lauren and Joseph during the race. It showed what it meant. Lauren invested in it more than me. I was coming over to do what I wanted to do. I had the job to be sponsored. Lauren was leaving a good job behind at home to follow my dream. When you look back it was a big deal and I am very appreciative of her for doing that. Now she has a good job over here so it's worked out great. We got married here in 2014 and life is great.

There is a lot of racing here but you must work hard. I was always told I was too tall to be a jockey at 6’2’’ but I’m stubborn and I made it work.

This year I took on a new role as assistant trainer to Lindsey Smith, who was based in Perth but has moved to Warrnambool because there are better Group One races in Melbourne in spring. The winner Declan had at the carnival was for Lindsey, in the Warrnambool Cup on Too Close The Sun, so it was a great couple of days for me really.

Gai Waterhouse would be a great supporter of mine. She loves her jumps racing although obviously she is primarily a legendary flat trainer. We had great success last season. I won on seven out of eight or nine rides for her. She would always send a few of her flat horses jumping. We have unearthed a good one, Runaway, who won a Geelong Cup and ran in a Melbourne Cup. He has won twice over jumps and is exciting. Ciaron has obviously been a great supporter too.

At this stage of my career, I have worked hard and you want to be riding for the top trainers. It is going well and long may it continue.