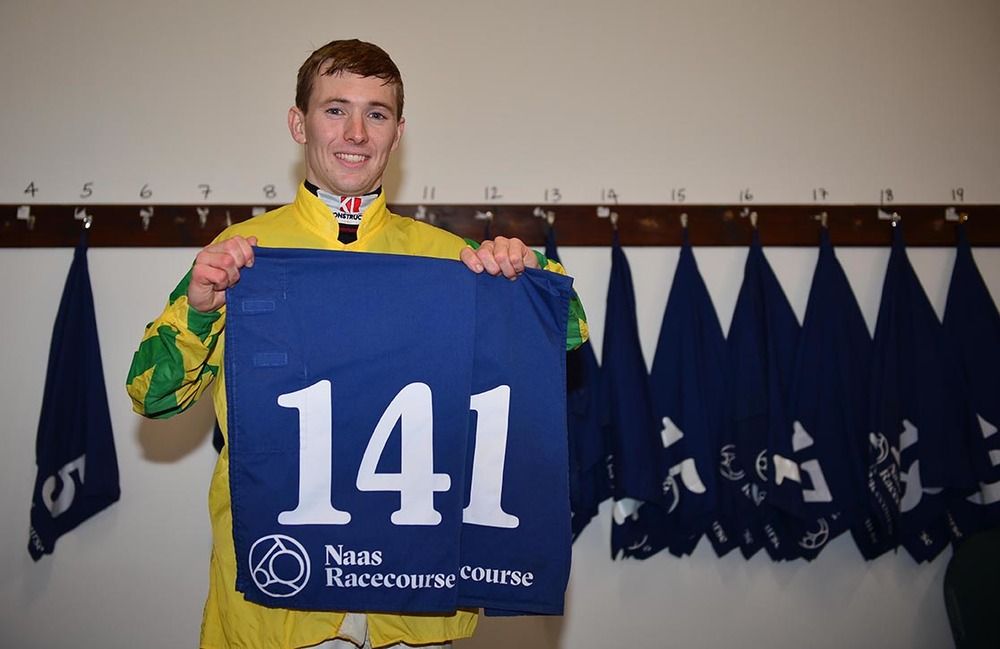 British Champions Day, with its high-class Group 1 action, is not quite Punchestown-like in its timing but does provide a fitting stage to crown the season’s Champions. Sunday’s Naas card is by no means a bad day’s racing, but it's firmly overshadowed by the National Hunt action taking place the same weekend.

Perhaps a televised gala event away from the racetracks would be a better way to conclude the Irish Flat season as the on-course action this time of year brings nothing to the party.

Colin Keane’s record-breaking season is certainly something to be heralded. Riding 141 winners in Ireland is a remarkable achievement, particularly so as it was done without the backing of one of the super-stables. Ger Lyons raced 108 horses in the season compared to 161 from Ballydoyle, Jessica Harrington had 168 individual runners and Joseph O’Brien sent out a whopping 228 horses. Keane’s record season''s tally was made up of wins for 23 different stables and all this achieved while dealing with the trauma of his father’s serious injury.

The most remarkable statistic for the now three-times Champion Jockey is the lack of Group 1 victories on his CV. You can count on one hand the number of domestic Group 1s he has to his name and the 27-year-old has only three more such wins abroad. You would presume in this age of social media and global news that his Irish exploits would resonate around the racing world but for some reason he is still flying under the radar internationally.

Keane is as good a rider as we have seen on these shores for many a year. His consistency is probably his greatest quality but he also out-rides his opponents in the finish on a regular basis and one key element to his success is that never disappoints a horse. No show-boating, precious few hard-luck stories, rarely ever in front of the stewards and all round he has matured into the complete jockey. So why can’t the rest of the racing world see these virtues?

Maybe his clean-cut image is too sterile for the sensation-hungry media. Maybe he needs to roughen up a bit before he gets noticed - go off the rails on cocaine and alcohol or punch the odd photographer - It seems to be the only sure way to get attention these days.

The dominance of Keane in the senior jockeys’ championship was mirrored by Donegal teenager Dylan Browne McMonagle in the Apprentice ranks. The former pony racer finished with an impressive tally of 48 victories, 16 clear of his nearest rival, and overall sixth place in the jockeys’ table.

Browne McMonagle is only 19-years-old but already has the air of a seasoned pro. In fairness he has been at it for a while and won the Dingle Derby as far back as 2015 when just 12-years-old. His recent rebuke by Dettori on British Champions Day probably did him as much good as it did harm to the Italian’s reputation.

An interesting aside when it comes to the younger apprentices is how they are allowed to compete against professionals from as young as sixteen. Browne McMonagle like many other youngsters took out his riding licence on his sixteenth birthday. An age when they cannot legally drive a car, drink alcohol, vote or even under the rules of racing attend a stewards’ inquiry without an appropriate adult present.

Racing considers sixteen year olds capable of competing in one of the most dangerous sports on the planet but at the same time too immature to represent themselves at any subsequent inquiry.

Aidan O’Brien, despite an underwhelming season by his own high standards, won his 24th Trainers’ Championship. The master of Ballydoyle ended the season with 20 less winners than his son Joseph but as the Champion Trainer is determined by prize money rather than wins he passed the post with almost €1 million to spare over his nearest rival.

Aidan’s National Hunt counterpart Gordon Elliott would dearly love to win a first Trainers’ Championship in the jumping code and certainly put down a marker to his old rival Willie Mullins at the weekend with seven winners across the two days at Down Royal and then added a Cork Grand National to his weekend haul on Sunday.

I get the impression that the warm and fuzzy version of Elliott that returned from suspension in early September has been replaced by the more familiar focussed determination of a man on a mission and while his task to dethrone Mullins would appear insurmountable you cannot underestimate his drive to succeed.

The two-day fixture at Down Royal has quickly established itself as the undisputed start to the National Hunt season proper in Ireland and gets better each year despite the absence of Willie Mullins.

The Champion Trainer only ran one horse over the two days which is surprising on many fronts, not least the fact that Down Royal is one of the better National Hunt tracks in the country.

Even without Mullins’ participation the action at Down Royal certainly whetted the appetite for the jumping season ahead. The Champion Chase in particular was a thrilling contest and once again proved that Frodon is one of the best around. He may not have the stamina for a Gold Cup but up to three miles he is as good as anything. He looked beat on more than one occasion in the straight at Down Royal but kept battling and finding more for Bryony Frost and by the line won a shade comfortably.

The King George VI at Kempton is already shaping up to be one of the races of the season with Frodon out to defend his crown against the likes of Shan Blue, Minella Indo and possibly Envoi Allen. Perhaps this will be the National Hunt season where not every road leads to Cheltenham.