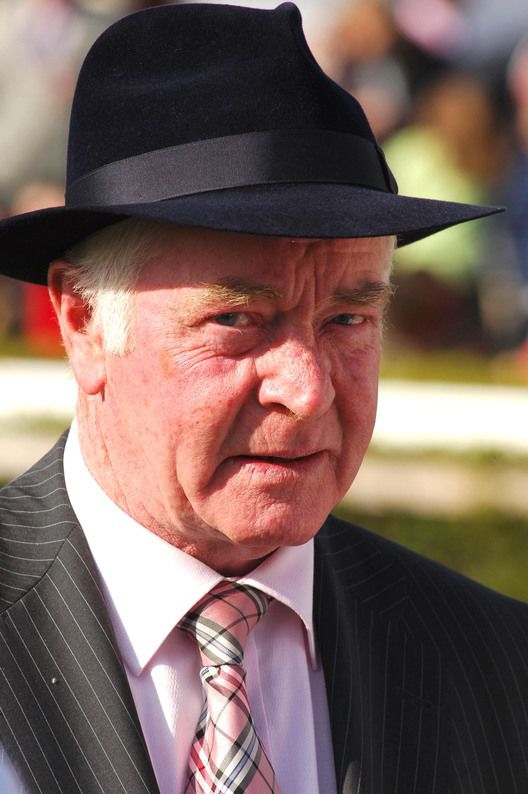 Today racing laid to rest one of its true heroes. Frank Ennis (75) lived and loved horse racing his entire life and gave far more to the sport than he ever took from it.

He began his love affair with racing when he joined the legendary Paddy Sleator yard as a teenager. He had a relatively successful career as a national hunt jockey, but it was as a trainer that he found his true vocation.

Frank was an exceptional horseman. Whether he was breaking a yearling or bandaging one with a leg, he had a way about him. He had a deep understanding and respect of horses, not gained from books but learned the hard way through countless falls and kicks and bites. He gave more stead to a horse’s eye and its legs than its pedigree and when horses were circling around the parade ring at the races you could easily pick out the Frank Ennis runner - they always looked a picture with their plaited manes, stencilled quarter marks and sheepskin nose-bands - and more often than not they won the best turned out prize.

He trained some good ones down the years - Confucius, Miss Childrey, Inourthoughts, The Subbie, Ferneley, Annieirwin, Barack, Peacock’s Pride, Rupununi, Mahsusie and Scottish Memories to name but a few, however it was back in 1981 that he almost hit the big time with a horse called Saints Island. The horse came to Frank with lots of issues but he found the key to him and later that year won four races on the bounce - three amateur flat races and a maiden hurdle - but shortly after the hurdle victory he picked up a leg injury schooling and never raced again. “He had some engine but wasn’t a natural jumper, too straight in front.”

Frank never really had much luck with the horses and was always chasing his tail to make ends meet. When I first got to know Frank well it was in the late-1990s and he was about the same age I am now, in his mid-fifties, and working 18 hour days just to keep the show on the road.

Not only was he training horses, he was also working as a horsebox driver bringing other trainers’ horses to the races. At the same time he was working as a stalls handler at the races and on occasions helped out in his wife Ann’s catering business. I remember one Saturday night back in 1994 going to Richard Hughes’ 21st birthday party in the Stand House Hotel at the Curragh and there was Frank, serving the food. He wasn’t your typical Curragh trainer.

Lady Luck rarely shone on Frank when it came to the horses and a story he used to tell about a horse he ran in a Leopardstown bumper more or less summed it up. Frank was struggling at the time to pay rent on his yard and feed bills were mounting for the horses but he knew he had been readying one for the Leopardstown race and thought this could solve all his problems.

He went to his local bank manager to take out a loan to back the horse but his credit was already maxed out. Having convinced the bank manager that the horse would win he was given £1,000 with the promise that he would return the next day and repay the money.

Arriving at Leopardstown Frank knew that having £1,000 on the horse wasn’t going to be enough to get him out of trouble so when he heard that Vincent O’Brien had two sure things running in maidens he decided to try and build up his tank. He had £500 on the first one at two-to-five and it got beat. He then had an even £400 on the second one and that also got beat. The £100 he had left in his pocket he put on his own horse in the bumper at 10/1 and it duly won. In those days there was 10% on-course betting tax so he got back £1,000.

The next morning he called back into the bank as promised and returned the £1,000 he had borrowed. Gamble landed but still no better off.

Frank had hundreds of similar stories. Always told with that twinkle in his eye and his familiar hee-hee-hee chuckle. He was one of racing’s great characters and loved everything about the game. When you bumped into Frank at the races for a chat you’d always be the better for it. He made everybody smile.

His health began to fail over ten years ago and he finally had to give up the training in 2012, but he never lost his passion for horse racing or his sharp wit and wicked sense of humour, and would sit at home each day with the Racing Post on his knee watching the action unfold on the telly. He was always a great judge of a jockey and even to the end would be able to pick out the ones that might make it and the ones that couldn’t. Rachael Blackmore was a particular favourite of his in recent years.

Frank’s lack of luck in racing was more than made up for by the love and support he received from his wife Ann and their four children. Through thick and thin they were always by his side and particularly over these difficult last ten years as he battled with Parkinson’s Disease they managed to make his life far more than just bearable. They will miss their trainer the most but racing is also the poorer for his passing.