Jockeys' mental health is a big issue for the sport 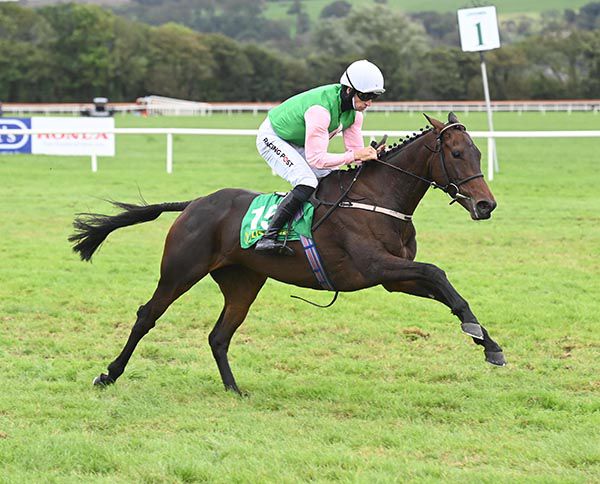 The top 20 professional jockeys in Ireland under each code - both National Hunt and Flat - can expect to bring in between €50K and €100K annually in riding fees alone. Add to that their share of prize money won, stable retainers, sponsorship deals and fees for schooling horses and it’s not a bad occupation if you have the bottle for it.

Also, as elite athletes they can claim back ten years’ income tax on retirement which goes a long way towards negating the relative shortness of their career.

Obviously there is one major distinction between the career of a jockey and almost all other occupations and that is the ever-present risk of personal injury. Two ambulances following them around while they do their job says all you need to know about the threat of serious injury.

Despite these risks there is a constant stream of wannabees entering the sport each year through a variety of avenues. Many gain their initial experience of riding through pony clubs, show jumping, pony racing and point to points but the preferred route is via the RACE apprentice programme which takes in 25 raw recruits each year and moulds them into jockeys with a holistic approach to the job.

The RACE apprentice jockeys’ programme, running since 1977, has had great success in training these young riders to become professional jockeys by not only teaching them the skills required to ride in a race but also teaching them how to look after their nutrition, finances and most importantly mental health.

A recent survey commissioned by the IHRB has found that the mental health of jockeys is a serious issue for the sport. Eight out of ten jockeys met the threshold for depression, distress, adverse alcohol use or anxiety. 51 of the 84 jockeys surveyed had issues with alcohol.

Besides the constant risk to life and limb, the job of a jockey can also come with career uncertainty, long working hours, problems with their weight and this is before you take into account the extreme levels of social media abuse some now receive.

The Irish Injured Jockeys Association with the support of the IHRB last week launched a mental health app called Leafyard which will provide tools, activities and support for all professional and amateur jockeys. According to the 2019/2020 survey into the mental health of jockeys, an injured jockey is 46 times more likely to meet the criteria for depression than a non-injured jockey.

These really are staggering figures and suggest that racing has major issues when it comes to one of the key sets of personnel within the sport.

It also begs the question as to why these issues were not detected sooner by the IHRB. 61% of jockeys surveyed met the threshold for adverse alcohol use yet in the last seven years not one single jockey riding in Ireland has failed a breath test for alcohol.

Besides injury being a catalyst for depression among jockeys, weight problems must also weigh heavy on the minds of riders. Fighting a constant battle with your weight in order to do your job must be extremely difficult.

The minimum weights in races have been increased several times in recent years and the bottom weights horses are allotted in handicaps on the Flat now stands at 8st 4lbs. Is this high enough? The current crop of RACE apprentices tip the scale at 8st 5lbs on average. Taking into account their initial 10lbs claims when they get their licences, these apprentices on average won’t be able to take rides on horses weighted any lower than 9st 1lb.

Lastly, a few observations on the final Festival of the summer season which took place at Listowel last week. The Harvest Festival is traditionally seen as the unofficial start of the National Hunt season proper but there seemed to be a real lack of quality to many of the Maiden Hurdles and Bumpers through the week. This was presumably due to quicker ground than normal for the time of year but aside from the Willie-Mullins’ trained Pink In The Park in a Bumper there didn’t appear to be many future stars on show.

The 2,000 cap on daily attendances implemented by the Listowel board appeared a poor decision in the current circumstances but the TG4 footage indicated that a Kerry solution was found for the problem and by Thursday and Friday the crowds appeared to have swelled well beyond their own self-imposed limit.