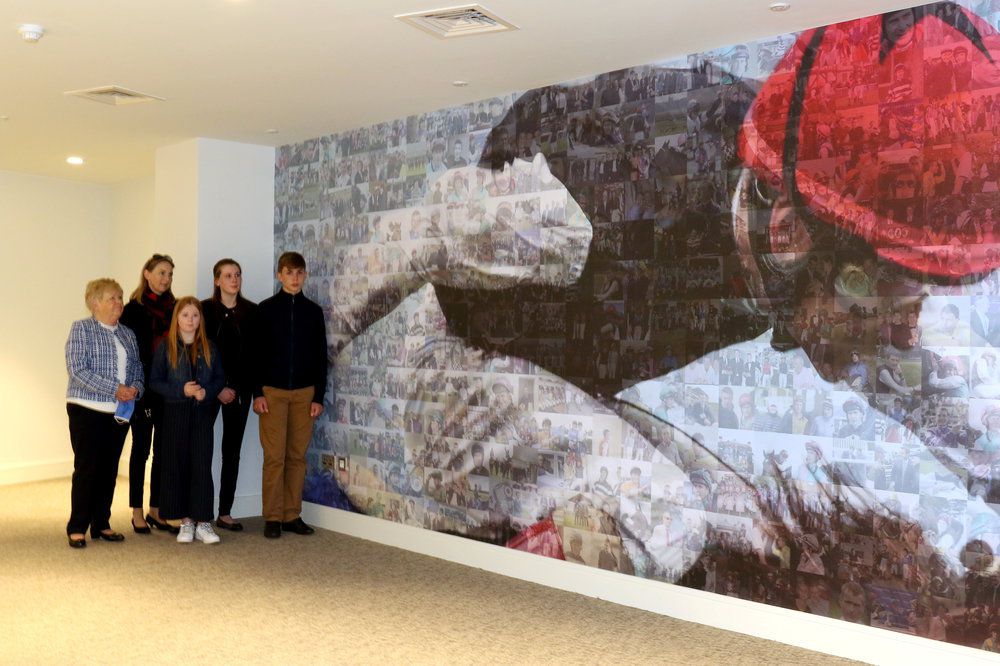 The memorial to Pat Smullen that was unveiled on Saturday at the Curragh is, like the man himself, pure class. The mosaic made up of over 400 images of Pat is stunning and a fitting tribute to one of the sport’s greatest ambassadors. It’s wonderful that Pat will always be remembered at our premier racetrack for his achievements both in and out of the saddle.

The two Guineas races produced thrilling finishes with both contests resulting in short-head verdicts. Remarkably both races also saw stable one-twos and in each case the lesser fancied stablemate prevailed.

The 2000 Guineas victory of Mac Swiney was a fantastic result, not only for owner/trainer/breeder Jim Bolger for whom this was remarkably his first victory in the colts’ Classic but also for jockey Rory Cleary.

34-year-old Cleary, who is attached to the Bolger yard, is a popular jockey on the circuit and this Classic victory will mean so much to both himself and his family who tragically lost his older brother Sean in a racing accident at Galway in October 2003. Sean started his apprenticeship with Bolger but was based with Pat Flynn at the time of his fall.

Seamie Heffernan, who rode in the race in which Sean Cleary was fatally injured back in 2003 and was also attached to Bolger’s stable in the early part of his career, recorded his fifth victory in the 1000 Guineas when getting up in the dying strides aboard Empress Josephine for Aidan O’Brien. The 48-year-old has had a truly remarkable career considering he has never been a stable first jockey at any stage. Four Irish Derby wins, two Epsom Derbys, two Breeders’ Cup victories and host of other top-flight wins across the globe make him one of Ireland’s most successful ever jockeys.

Elsewhere over the big weekend at the Curragh it was terrific to see Noel Meade finally train a Group 1 winner on the Flat. The veteran National Hunt trainer is one of the real nice guys of the game and should knock some great sport out of Helvic Dream over the coming months.

Champion National Hunt trainer Willie Mullins also got in on the act with a double on Sunday and a close up third in the aforementioned Group 1 with True Self. There really is nothing this man can’t do with his horses.

The beleaguered Curragh trainers also held their own over the weekend winning a handful of races between them. Johnny Murtagh in particular looks like a trainer going places. His decision to appoint Ben Coen as his stable jockey is already reaping rewards and the teenager bagged a brace of winners for the trainer over the weekend including a Group 3.

Racing lost one of its most colourful characters yesterday with the passing of Barney Curley at the age of 81 at his Newmarket home. The former racehorse trainer and celebrated gambler was a potent mix of genius and rogue. The Fermanagh native courted controversy throughout his life and despite making millions from gambling remained extremely critical of bookmakers.

Best remembered in Ireland for his Yellow Sam coup at Bellewstown in 1975 and for running a controversial lottery in 1984 where his then home Middleton Park House near Mullingar was put up as first prize.

Curley was a devout Catholic who spent four years in a Jesuit Seminary before finding his true calling as a gambler. He retired from training in 2012 and spent the latter part of his life focussing on his charity Direct Aid For Africa which he originally set up in 1996. Sheikh Mohammed and JP McManus were two of the biggest donators to DAFA which has built schools and hospitals in Zambia. May he rest in peace.