Perception is not always reality 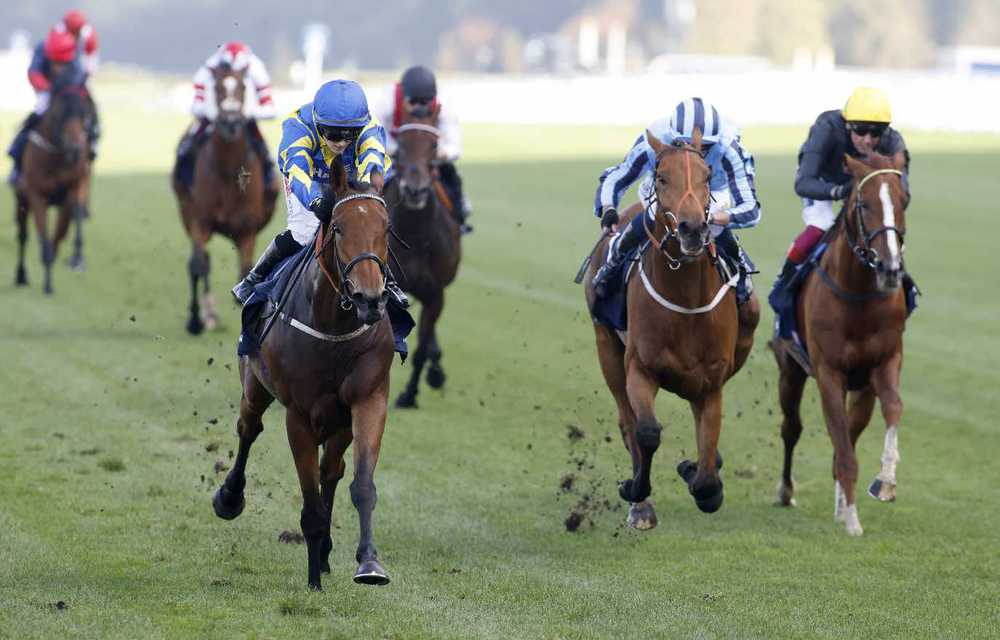 While Dunne disputes many elements of Frost’s version of events it seems clear that he had issues with her over a prolonged period of time and this resulted in extreme stress and upset for Frost.

The nature of race riding, both in terms of the intense competition and the physical dangers involved, often results in heated exchanges between jockeys post race but for the most part that is the end of it and once the offended party cools down everyone moves on.

Dunne’s disagreement with Frost appears to have gone much deeper and the experienced professional was fixated with his younger colleagues’ riding and voiced his disapproval on a regular basis including blaming her for the fatal fall of one of his mounts. A claim that according to the BHA stewards had no basis in fact.

There has always been an unwritten rule among riders that these types of disagreements are sorted in-house, so many within the game will have viewed Frost’s official complaint against Dunne as a betrayal of their jockeys’ code. This is unfair on Frost as it is clear from the report into her case that she had tried on more than one occasion to resolve the issues directly with Dunne but this didn’t stop the incidents occurring.

Last weekend we saw Frankie Dettori break the same jockeys’ code by publicly blaming another jockey’s race-riding for the defeat of one of his mounts at Ascot, claiming the apprentice’s riding was “a disgrace.” This is the second time in only a few weeks that Dettori has made a public statement voicing his disapproval at the riding performance of another jockey.

There are similarities between Dunne and Dettori’s outbursts. Both are senior riders calling out younger colleagues, crucially in each incident the other rider didn’t break any rules and the common thread is that all outbursts coincided with defeat.

We all have a tendency to blame others when things don’t go our way, it’s everyone’s fault but our own. In the high-pressured environment of race-riding the temptation to blame someone else must be particularly acute. Others are depending on you performing to the best of your ability at all times and producing results. When this doesn’t happen minor incidents can be blown out of proportion and as we see in the cases of both Dunne and Dettori their claims of wrong-doing are illogical and unfounded.

Sticking to the subject of race-riding I find it difficult to understand why the authorities have such a bee in their bonnet when it comes to the pace of races. Last week all four amateur riders in a Bumper race at Punchestown found themselves up in front of the stewards to explain why they had gone such a slow pace in the early stages of the race. The stewards held the enquiry as “it appeared that they did not make sufficient effort to ride at a reasonable pace, such action which could be deemed to be at variance with the spirit of competitive horseracing and contrary to the proper conduct of riders at a racemeeting.”

What difference does it make to anyone how slow a race is run? Horse races are not time trials, they are tactical competitions where the only objective for both rider and horse is to pass the winning post first. However a rider chooses to achieve that objective should be of no concern to the stewards unless they commit a riding offence.

This is the equivalent of outlawing safety play in snooker. Tactics are an integral part of race riding and add an extra element to the enjoyment of watching the sport. So what if every now and then a race takes a minute longer than average to complete.

Another area where the stewards might consider a rethink regarding their stance is in relation to non-triers. At Listowel last month trainer Liam O’Brien and jockey Ambrose McCurtin were found in breach of Rule 212a(ii) in that their horse, No Memory, was not subject to a timely, real and substantial effort to achieve the best possible placing. O’Brien was fined €2,000, McCurtin suspended for 14 days and the horse banned from racing for 42 days.

O’Brien and McCurtin lodged an appeal against this decision and last week the Appeals Body found in their favour as they could not be satisfied that there was a breach of the rule.

The interesting aspect to this case is that both the trainer and rider were adamant that the mare was given the best ride “to achieve the best possible placing” and this is backed up by the IHRB Handicapper who stated that the mare actually ran to her highest career rating in the Listowel race.

The mare was a 100/1 shot in the Listowel race and managed to make the frame, finishing ahead of four higher-rated horses. She was ridden out the back to pick up the pieces late on and those tactics worked.

Almost always when a trainer and rider are brought in by the stewards in relation to a breach of Rule 212a(ii) it is when a horse is ridden out the back and makes late headway as was the case with No Memory. There is a perception that because a horse finishes fast from off the pace that it wasn’t trying or got an ill-judged ride.

The ones that race up with the pace before dropping away are never questioned regarding their timely, real and substantial effort to achieve the best possible placing.