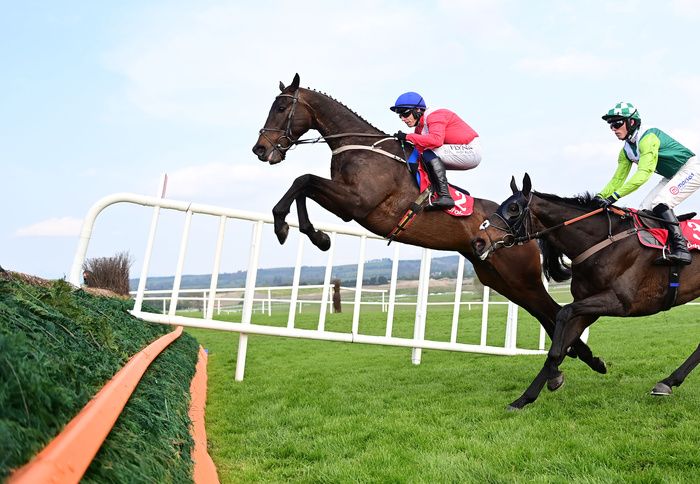 There is a tendency every year around now to equate Punchestown to Cheltenham, but despite both events being National Hunt Festivals showcasing the best of the sport they are in many respects worlds apart.

When the new jumping season starts again in the autumn the primary target for all the top horses will be Cheltenham. Not just those aiming for Grade One glory in the championship races, but almost every high grade handicapper will have their season mapped out with a crack at a Cheltenham Festival race as the ultimate goal.

Punchestown on the other hand is only a long term goal for hunter chasers, banks specialists and the odd store horse bought at the Goffs National Hunt sale. Outside of those specific races peculiar to Punchestown the festival comes too late in the season to be regarded as a primary target despite the decent prize money and plethora of Graded contests.

Cheltenham is all about its championship races and is like the Leaving Cert in its intensity, whereas Punchestown has more of a party feel akin to a school awards day at the end of term. With seven bumpers, two Hunter Chases, four Cross Country races and a Charity race spread across the week it’s not hard to see how the emphasis is quite different at Punchestown.

Punchestown attracts a very different audience to Cheltenham. On the biggest days during the week, such as last Friday when almost 41,000 were in attendance to witness Honeysuckle extend her unbeaten sequence to 16, the majority of those at the races had no understanding of the significance of her achievements and were just there for a day out rather than out of a love for the sport. After Rachael Blackmore had won on Honeysuckle she waited on the track in front of the stands to allow the retiring Robbie Power have his final moment in the spotlight by returning first to the parade ring aboard Teahupoo. You would think the large crowd in front of the stands would have been clamouring to take pictures of the wonder mare and Rachael as they walked up and down in front of them but almost all were oblivious to their presence.

Contrast that to Cheltenham only six weeks earlier where throughout that Festival the crowd were so engaged and appreciative of the stars of the sport, perhaps too much so for some when it came to booing Jack Kennedy and Delta Work for beating Tiger Roll, but in general there is a very different vibe at the two events.

For any true National Hunt fan looking to choose between one or the other Festival for a visit there are pros and cons for both, but when it comes to value for money and the opportunity to get up close and personal with the stars of the sport Punchestown wins hands down. Aside from cheaper admission prices and the all important cost of a pint being €6 compared to £7 (€8.30) at Cheltenham there is such a more relaxed atmosphere at Punchestown. The high profile jockeys, trainers and owners are less pressured come the end of season and engage far more readily with the fans which is lovely to see.

Of course, Punchestown also has very high class action on the track with 12 out of the 28 Cheltenham winners turning up this time, and 9 of them managed to complete the big festivals’ double. Allaho’s performance in Wednesday’s Gold Cup was the standout from the week but there were also high class efforts from the aforementioned Honeysuckle, Vauban, State Man, The Nice Guy and Facile Vega - all of which had also triumphed at Cheltenham.

Last week was also a significant one on the Flat racing front with two notable Irish-trained victories abroad with Princess Zoe and State Of Rest landing big pots. The two Guineas races at Newmarket showed the English-trained horses to be in rude health as the season gets into top gear and I’d imagine you’d have to go a fair way back into the record books to find another year where no Irish-trained runner finished in the first two in either Classic. Eight of the first nine home in 2000 Guineas were trained in Britain and the strength-in-depth of the Appleby stable alone will mean Aidan O’Brien will have to box clever this season if he’s going to maintain his annual haul of Group One victories. That said, he does look to have serious Derby and Oaks contenders with Luxembourg and Tuesday both enhancing their credentials for the middle distance Classics with solid placed efforts at Newmarket.