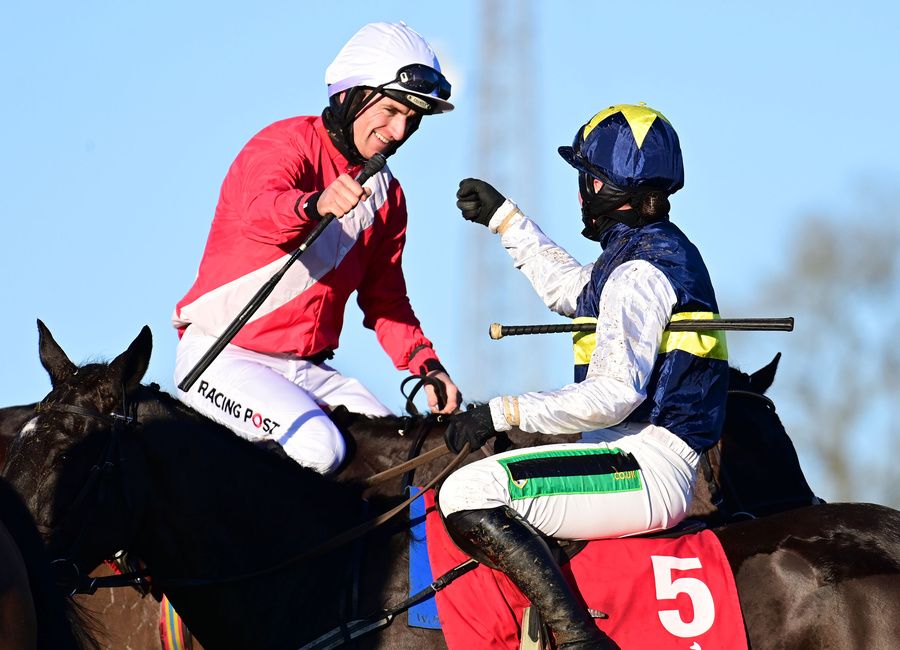 Heavy defeats for Chacun Pour Soi, Kilcruit and Envoi Allen was a treble I didn’t see coming. The former is reportedly very sore following his lacklustre display at Sandown and while he may have had genuine excuses it looked like Kilcruit was beaten fair and square by a better horse on the day at Cork. De Bromhead’s hitherto unheard of Largy Debut had spent two years on the sidelines before his impressive 10 lengths demolition of Kilcruit and it will be most interesting to see if he can back that performance up as the season progresses.

The hype around Envoi Allen is beginning to look misplaced following his third defeat in four starts. It may be premature to write off the dual Cheltenham Festival winner but it’s difficult to see him bouncing back anytime soon from a thoroughly ordinary performance against elite chasers in the John Durkan.

Poor performances from stars such as Chacun Pour Soi, Kilcruit and Envoi Allen go to show how remarkable the 13-run unbeaten sequence from Honeysuckle really is.

Overall the John Durkan Chase felt a bit flat despite attracting it’s best ever line-up. Allaho certainly wasn’t anywhere near his Ryanair best but still managed to win. Asterion Forlonge exiting just as the race was getting interesting was a blow and of course missing out three fences due to low sun is always a real pain.

Cork on Sunday also had issues with the low sun and it certainly detracts from the better races when obstacles cannot be jumped. Maybe this is something we are just going to have to get used to as our climate changes. It can be no coincidence that this has been the driest autumn for 70 years. Perhaps climate will turn out to be a bigger issue for jump racing going forward than the animal rights brigade.

In truth horse racing has lots of issues and two more were exposed last week in the UK with the Bryony Frost/Robbie Dunne hearing and the Freddie Tylicki/Graham Gibbons court case. Regardless of the outcomes there is a feeling that the sport has let down both Frost and Tylicki and neither case should have ended up in these circumstances.

Mechanisms should have already been in place to spot potential bullying incidents at a much earlier stage and perhaps it will take the Frost/Dunne case to rectify this within horse racing.

For a sport worth billions each year to both the Irish and UK economies there should be sufficient financial support in place for riders like Tylicki who suffer catastrophic injuries. In a professional sport like horse racing the least you can expect is that its participants are properly cared for when things go wrong. I have never been comfortable with the idea of the Injured Jockeys’ Fund. Why should jockeys need a charity to cover their injury costs? The racing industry is generating more than enough wealth to properly provide for riders like Tylicki without the need for either the public to dip into their pockets or for one rider to take a civil action against another rider.

Back on the track it was good to see Bryony Frost land a Grade 1 victory aboard Greaneteen in the Tingle Creek after the grueling week she must have had at the BHA Hearings. She really is a tough cookie and a very talented rider too.

Speaking of tough cookies, they don’t come much tougher than Gordon Elliott. It’s hard to believe it was only nine months ago that his career was in the bin. There must have been some very dark days for Elliott when he thought he might never train again let alone train the winners of nine races in a row over a weekend.

Racing really is a sport of extreme highs and lows and it’s remarkable how quickly people can bounce from one to the other. The Paul Nolan stable must have been at a very low ebb when their star performer Latest Exhibition suffered a fatal injury at Fairyhouse last weekend. Fast forward seven days and they have unearthed another potential star for the same owners with impressive bumper winner Sandor Clegane.

The ebbing and flowing of fortunes within racing is often less apparent to the public in relation to the owners than it is in relation to their horses or trainers and jockeys. We tend to only see the good times when it comes to owners as they are only in the spotlight when their horses are winning races. Michael O’Leary’s slow wind up of his Gigginstown House operation saw him have just one runner at Punchestown on Sunday while Rich Ricci whose horses had won five of the last six running of John Durkan Memorial Chases didn’t have any runners at the meeting this year. Two men whose horses have been a constant on the biggest National Hunt stages for the last decade are gradually fading into the background.