Racing would be lost without Rachael 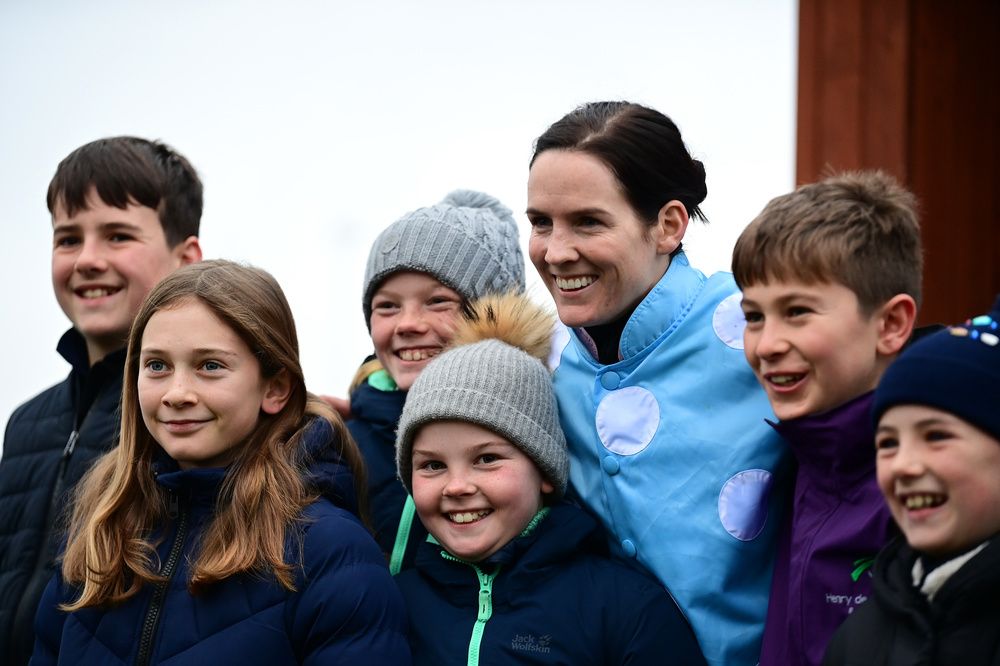 Racing owes a major debt of gratitude to the 32-year-old Tipperary woman who has single-handedly lifted an entire industry out of the mire.

Rachael’s exploits in the spring when she rode six winners at the Cheltenham Festival before rewriting the record books to become the first woman to ride the winner of the Grand National are of such magnitude that everything else pales into insignificance.

Her achievements have been deservedly recognised in recent days with a string of awards from both within the industry and further afield. She is now the HRI Irish Racing Hero, the Irish Times Sportswoman of the Year, RTÉ Sportsperson of the Year and BBC World Sport Star of the Year.

The final award is the one of most significance. An award won by many of the most iconic sporting heroes in history - Pelé, Muhammad Ali, Tiger Woods, Jack Nicklaus, Ronaldo, Roger Federer, Usain Bolt - to name just a few. Rachael is the first Irish person to ever win this BBC award which is voted for by the public.

Rachael is not the first woman to be crowned BBC World Sport Star of the Year. It has been won in the past by legends such as Steffi Graf, Martina Navratilova, Olga Korbut and Nadia Comaneci but never before by a woman competing directly against men.

Twenty years from now most will have forgotten about Gordon sitting on the dead horse and names like Stephen Mahon, Robbie Dunne and John Warwick will be nothing more than footnotes but Rachael Blackmore will be even more relevant then than she is today.

You can bet money that Twenty years from now there will be people at the top in many walks of life, not just in sport, that will attribute their success to the inspirational Rachael Blackmore and what she achieved in 2021.

Ireland in particular is very fortunate to have such an ambassador for both horse racing and the country as a whole. She is a wonderful representative and the perfect role model - driven, talented and humble all at the same time. We really are very lucky that she came along when she did.

In the last two weeks racing has lost a number of people that loved the sport and each in their own way contributed something unique to the rich tapestry that makes up horse racing.

The contribution of Cahir O’Sullivan (86), the former Keeper of the Matchbook (CEO) at the Turf Club, to the industry is obvious. He spent a long and successful career in the top job with the sport’s regulators and was a highly respected and trusted figure within the industry.

Likewise, former Turf Club stipendiary steward Philippe Lafarge (73), is another that spent all of his adult life working within the industry and made a significant contribution. And even up to the end was still employed in a part-time capacity with the IHRB.

Less obvious but nonetheless significant were on-course bookmakers Sean Kelly (62) and Shay Rooney (61) and race horse owner Jerry Nolan (72). I knew all five men well but was fortunate to be able to count the last two named as close friends.

It was through our shared passion for horse racing that I became friendly with both Shay and Jerry and with their passing it has made me realise just how broad a church the racing community is.

You couldn’t meet two more different men than Shay and Jerry. Shay, one of six bookmaking brothers from Ardee in Co Louth, was a fun loving free spirit that lit up every room he walked into. The glass was always half full with Shay and whether he was at the pony racing in Dingle or the Ebor in York he made the most of every minute he spent on this earth.

Jerry was a butcher by trade from Cork City. A bachelor that never drank or smoked but had a deep love of horse racing. He was as shrewd a punter as I’ve ever met and had endless patience with his horses. He shied away from the limelight and more often than not his horses raced in syndicate names rather than his own.

Race, colour, age, creed and sex become irrelevant to those of us that have a passion for horse racing. The sport has the ability to bind us all in our shared love for the game.

Finally, a funny anecdote that Stewards’ secretary Shay Quinn recounted in Philippe Lafarge’s obituary published in Saturday’s Irish Field. Lafarge appreciated the finer things in life and always stayed in the best of hotels and loved his food and wine. Quinn recalls: “There is a story that Philippe once went to Chair O’Sullivan for a pay review but was turned down. He allegedly said to the boss: “Have you any idea the price of lobster these days?” That sums Philippe up perfectly. He was a character whose wit and turn of phrase would always make you laugh.”

May they all rest in peace.