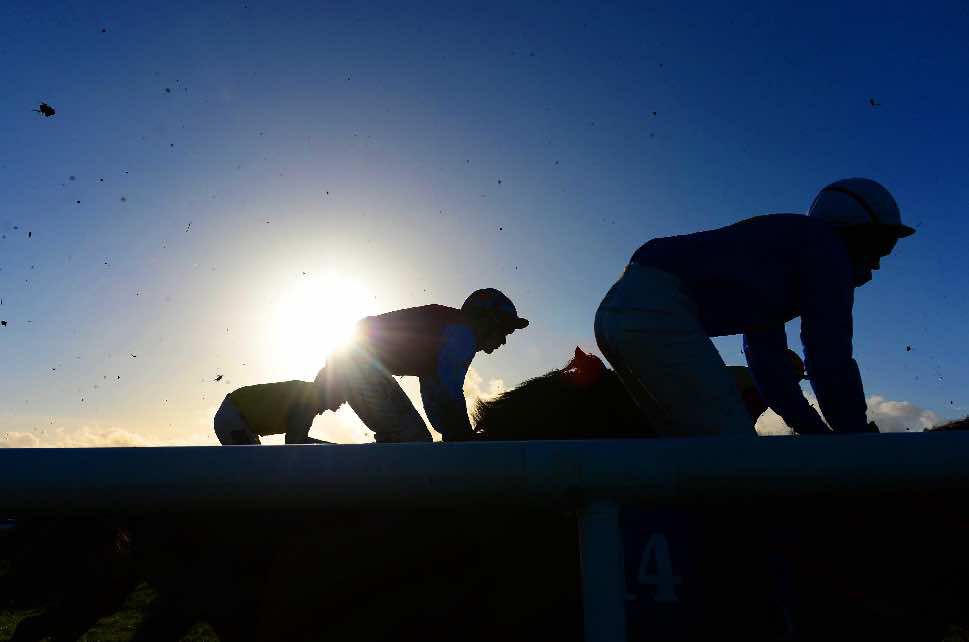 Last weekend I watched the thoroughly enjoyable new Dettori documentary. The big takeout for me was that even the world’s most successful jockey has on occasions struggled with his mental health.

Dettori always comes across in public as an exuberant showman but there have been many dark days along the way as his bouts of bulimia and drug abuse are testament to.

Mental health is something none of us can take for granted but it seems jockeys, due to the unpredictable nature of their occupation, struggle more than most to keep themselves on an even keel.

Over the years we have lost a number of talented young riders to suicide and I’m certain many times more simply dropped out of the game when they could no longer take the mental pressures.

In recent years it has become a worrying trend that jockeys are persistently abused by trolls on Social Media. Every time they ride a loser some weirdo or other is having a pop at them. Calling them names, threatening them and their families. Totally unacceptable behavior.

In light of this you would presume that all jockeys would immediately empathise with Bryony Frost who suffered similar abuse at the hands of one of her male colleagues but that is sadly not the case.

Many jockeys and other members of the ‘Weighing room family’ would have seemingly preferred to see Frost continue to suffer rather than break their ridiculous and outdated ‘jockeys’ code’ by going to the authorities.

It was this unwritten code of silence that enabled Robbie Dunne to bully and harass Frost over such an extended period of time. It was probably the same allegiances to this code that meant none of their colleagues backed Frost’s version of events.

And, to be clear, Frost’s version of events was the truth.

Even after the verdict of the independent panel had found Dunne guilty on all four charges of prejudicial conduct a significant proportion of the jockeys, including an unnamed group of female riders, were still more aggrieved by the perceived suggestion that their weighing room culture was ‘rancid’ than by the fact that one of their own had acted in the very manner of one of the trolls that has haunted their profession in recent times.

Bryony Frost deserves better. Anyone, in any walk of life, that stands up for what is right deserves better. I really cannot understand why so many of her peers are fixated with the apparent slur on the culture of the weighing room when this very culture is what facilitated the bullying of Frost in the first place.

The so-called slur, that the weighing room culture is ‘rancid,’ was simply a misinterpretation of a closing argument from the BHA’s senior counsel but nonetheless hit a nerve.

The language used in Press Releases issued by the Professional Jockeys’ Association (PJA) is a clear indication that there are real problems within their ranks and as a group they need to take a long hard look at themselves.

The opening line of any statement in the aftermath of the verdict, regardless of its intent, should have been to sympathise with Frost over the unacceptable behaviour she had endured but instead the statement issued on behalf of female jockeys began: “Firstly we would like to reassure everyone that, on the whole, our experiences within the weighing room have been overwhelmingly positive.” These anonymous ladies went on to say: “with regards to the hearing involving Robbie following a complaint about his conduct by Bryony, we are really disappointed with the way us and our male colleagues have all been portrayed by the BHA and subsequently reported in the media.” If that’s the official response from Frost’s female colleagues you can only imagine what Dunne’s male colleagues are thinking and saying privately.

The PJA is beginning to row back on their initial responses but as yet there is no sign of contrition from the majority they represent or indeed from Dunne himself.

To an extent Robbie Dunne has been let down by his colleagues in the weighing room. They could have and should have reined him in when his actions towards Frost were escalating but it appears none of them saw his behavior as being anything out of the ordinary for the environment. This speaks volumes about the culture that currently exists within the weighing room.

Dunne’s career as a jockey is now effectively over which is a shame. I’m sure when Bryony Frost lodged an official complaint with the BHA it was never her intention to seek such an outcome. She simply wanted the harassment to stop.

Moving forward it seems obvious that any reform of the current culture must not include self-regulation of disputes when they occur within the weighing room fraternity. This case and its fallout have proven that.

Broadening the governing body’s remit to encompass some form of conciliation and arbitration facility for those caught up in a similar dispute to Frost and Dunne would seem the most likely solution but it would have to be completely separate from the stewarding functions for it to work. And, like with most problems in life, early intervention will be the key to a reasonable outcome.