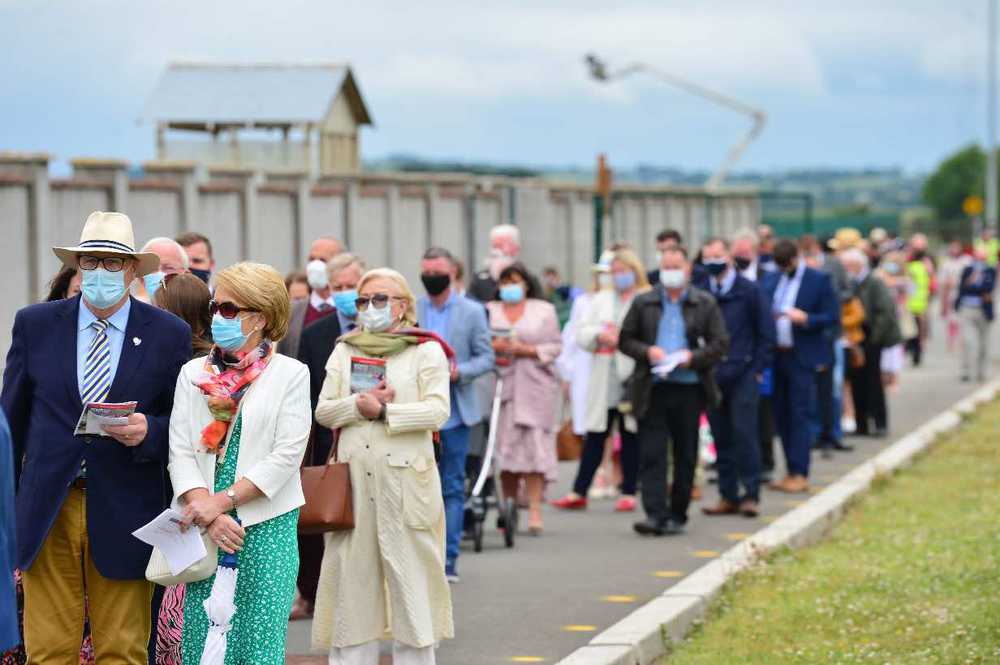 Only the second time that a British-trained horse has won the Classic this century is an astonishing stat considering how their horses dominated this event during the 1970s and 80s.

No Coolmore-owned horse in the first two is also a rarity these days but as usual their super-sire Galileo had his stamp on all the runners.

Hurricane Lane certainly franked the Epsom form and showed what he can do with four shoes on rather than just two. It’s such a pity that his brilliant winning run caused interference to so many other horses at a crucial stage of the race.

It's also disappointing that for the second time in an Irish Classic this season the winning rider should need to be suspended for breaking the rules. It’s becoming the norm in all top races both on the Flat and over jumps which must be an indication that the rules and subsequent punishments are not an adequate deterrent.

Is it too much to ask for all the horses in these important races to get a fair run? Wordsworth, Earlswood and Mojo Star all effectively had their races cut short by interference. Most will say it made no real difference to the result as the front pair finished so far clear. But if Hurricane Lane had also suffered interference at the same point of the race Lone Eagle would have won by seven lengths and we would also say the interference made no difference to the result.

The biggest story from Derby Day however was the return of the public to an Irish racecourse for the first time in over a year. Those who attended seemed to have a very welcome and fun day out, in no small part due to the clement weather, and the authorities are no doubt clapping themselves on the back for a job well done.

But, in reality, the whole trial amounted to little more than a PR exercise to show the sport as “best in class” to the Government. I don't know what perameters the racing authorities were restricted to but it was certainly a missed opportunity to properly trial a return to normality and analyse the consequences.

The 1,000 members of the public that attended Derby Day wore masks at all times, were segregated from those working in the industry and were kept outdoors throughout. Looking at the age demographic of those in attendance it’s likely most were all already double-vaccinated.

In order for the country to get back to normal we need these trial days to be meaningful and measured. The crowd should be a reflective cross-section of the population in terms of both age and vaccination status.

All attending should be tested for Covid prior to the event. The event should then be run as close to normal as possible - social distancing and masks indoors — but otherwise allow access to all the facilities. Once the event is over the audience should be tested again over the coming weeks to see what the ramifications are for holding a mass gathering at a racecourse.

Nothing was learned from Saturday’s experiment except that racing can run a tight ship. We already know that staying outside is safe and staying outside wearing a mask is ultra-safe.

Everything we do in life has an element of risk and once we evaluate the level of risk we take the appropriate measures to counteract the risk. We know race riding is extremely risky, so jockeys wear back protectors and helmets and are followed around by two ambulances. It doesn’t make the sport 100% safe, but it reduces the risk to a manageable and acceptable level.

We need to start doing the same with Covid.

If we applied the current Covid restrictions in a similar way to horse racing we would have a max of two runners per race and both jockeys would be dressed like Michelin Men.

At some point as a country we’re going to have to allow the public make its own mind up on what is a safe activity and what is not. If someone doesn’t feel safe attending a racecourse there is no one forcing them to go but if someone else sees it as an acceptable risk then let them in.

Lastly, it appears Jim Bolger’s poker game with the authorities is getting close to the all-in stage. Bolger’s initial raise about a Lance Armstrong among the training ranks has been re-raised by HRI and the IHRB in the form of an Oireachtas Committee hearing in early July. The authorities are either confident about the strength of their own hand or are presuming that Bolger’s on a bluff. If he turns out to be holding aces we are in for some real fireworks.