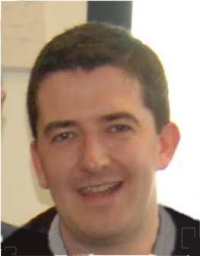 FormscanBy Eamonn Murphy - Gua Du Large was the latest winner for Henry de Bromhead and Rachael Blackmore, when he emerged victorious at Thurles on Thursday. There has been a nice trickle of success for the Knockeen outfit in recent times, six wins in all since November 14th, so there can be a bit of confidence when it comes to stable form ahead of HONEYSUCKLE’S return. The brilliant Sulamani mare has won fresh off a break more than once before as well, so that’s not an issue for her either, arriving here for her first race in 264 days. Honeysuckle of course remains unbeaten, including when triumphing in this contest twelve months back. There’s been more than enough talk at this stage, about her defeat of Benie Des Dieux in the mares’ hurdle at Cheltenham. For what it’s worth this observer would be of the view that the runner-up was unfortunate. It matters not at this juncture and the six-year-old is taken to see off the Gigginstown House Stud trio and the rest. Up and comer Fury Road could give the selection most to do.

. He looked fantastic in the parade ring beforehand and had a great coat on him. Myself and Willie had a bit of an argument about three weeks ago as he wanted to school him over fences and I was saying he should stay over hurdles. We won one argument with him which is unusual!. He ran very well in the spring in those staying hurdles but was always coming off a bad chasing preparation. Hopefully now with a full season over hurdles he can be competitive in the Stayers Hurdle at Cheltenham and Punchestown. He probably has the speed for the Hatton's Grace and maybe the Aintree Hurdle as well. All those options are open. He'll probably go for the Hatton's Grace now and then the three-mile hurdles in Leopardstown at Christmas. We'll probably leave the chasing alone now. He's much more comfortable jumping hurdles.
After Bacardys (FR) finished 1st at Navan on Sun, 10th Nov 2019 2m 4f Hurdle Soft to Heavy

In the last 3 years Bacardys (FR) has met

From the first day he arrived in the yard we’ve just loved him.
After Beacon Edge (IRE) finished 1st at Galway on Sun, 25th Oct 2020 2m 4f Hurdle Soft

He was very talented as a novice and he didn't reach the heights which we were all bemused by. He travelled quite well but you just weren't sure what would happen when he came off the bridle but he was very good. It is great for Cracking Smart to win it but he is probably going to be overshadowed by Tiger Roll. He (Cracking Smart) is entered in some of the handicaps at Cheltenham and maybe the softer ground could be the key to him too. I thought he (Tiger Roll) ran a brilliant race - he jumped and Keith (Donoghue) said he travelled everywhere. He thought after three out he was going to win. Down to the second last he just had a blow then and rode him hands and heels to the line. I told Keith to follow them around and if you beat one or two home I'd be thrilled. I thought there was a lot of pluses to be taken out of the race and once he is okay in the morning, that is all we wanted. He said he pulled the arms out of him the whole way and we can look forward to the Cross Country race now. Cheltenham is the plan now and he'll go to Cheltenham next week or the week after to have a pop around. We'll take a lead-horse with him and he'll also have another racecourse gallop and that'll be him. We are thrilled with Tiger Roll and once he is alright in the morning it will be all systems for Cheltenham and all being well the Randox Aintree Grand National.
After Cracking Smart (FR) finished 1st at Navan on Sun, 16th Feb 2020 2m 5f Hurdle Heavy

In the last 3 years Cracking Smart (FR) has met

I was only hacking around the whole way and he’ll be better going a stronger gallop and a bit further. He’s in the Hattons Grace but that will come quick enough and he’ll probably go for the three miles Grade I at Christmas.
After Fury Road (IRE) finished 1st at Punchestown on Sun, 15th Nov 2020 2m 5f Hurdle Heavy

Obviously he won here in his last handicap hurdle off 136 and went up to 145. We could have gone for an easier beginners chase but we said we'd see how good he was. I told Adam to go out there and be confident on him because I think he's a right good horse. He switched off lovely there today and when Adam asked him he just quickened. I'm delighted with it. He's won on better ground all last year, he's versatile and will go on any sort of ground. He's a proper little horse. He jumped brilliant and travelled away lovely. Obviously Bapaume is a serious horse and you couldn't be coming here mad confident. I was hopeful and I'm not overly shocked to be honest. We could look at a good race now for him. Today we just wanted to get around safely and enough it. We could look at three miles as the further the better for him. He's an out and out stayer. If this was run yesterday I probably would have entered him for the Grade 2 on Sunday but because it was today I was thinking if I had entered him and he'd flopped I'd look silly. There is no panic with him. I think he's a nice horse and he did that nicely anyway. It's great that he switched off well enough there today as he was a bit keen last year but he's grown up a bit.
After Ronald Pump (GB) finished 1st at Fairyhouse on Tue, 12th Nov 2019 2m 5f Chase Heavy

In the last 3 years Ronald Pump (GB) has met

I thought it would be a bit too quick for him over two miles. I only came here as a prep run for the three-mile hurdle at Cheltenham, and to win this is some prep run!. Robert was sure that when he had Faugheen in his sights at the last that he would stay every inch of the way, and he did. When he got to the front he was only pricking his ears. He’s only in the three-mile hurdle at Cheltenham so that’s where he will be going. He won over 2m5f there last year, and we ran here to try and get him jumping quick. We know he stays so that’s why we are going for the three-mile race. He jumped absolutely super today, and I’ve never seen him jump so well. He’s a much better horse on better ground and that’s why he comes into his own in the spring. He doesn’t like slogging around on heavy ground. He is by Galileo so there must be a little turn of foot in there somewhere. It’s really sad that neither Alan or Ann (Potts) are here to see the horse fulfilling his potential.
After Supasundae (GB) finished 1st at Leopardstown on Sat, 3rd Feb 2018 2m Hurdle Yielding to Soft

In the last 3 years Supasundae (GB) has met

They are two amazing ladies. It was a great bit of race-riding to nip up the inside when Paul opted to go wide and it looks like it won her the race. Rachael had to sit and suffer for a bit, but when the gap appeared she was gone. She really toughed it out up the hill. She gets from A to B over her hurdles and that’s it. We never try to find out too much at home, but she has always looked nice and came to us highly recommended after winning her point. I don’t know about chasing, we haven’t even touched on that. It’s all been about this week. I always question myself, but she seems as good over two miles and further and goes on all ground. She really battled and threw herself at the last. Whatever about the mare, the lady on her back is something special — the pair of them are brilliant.
After Honeysuckle (GB) finished 1st at Cheltenham on Tue, 10th Mar 2020 2m 3f Hurdle Soft

In the last 3 years Honeysuckle (GB) has met

The superscript number on headgear bl2 indicates number of times worn. A plus bl+ indicates more than 10 times where as red background bl1indicates first time.