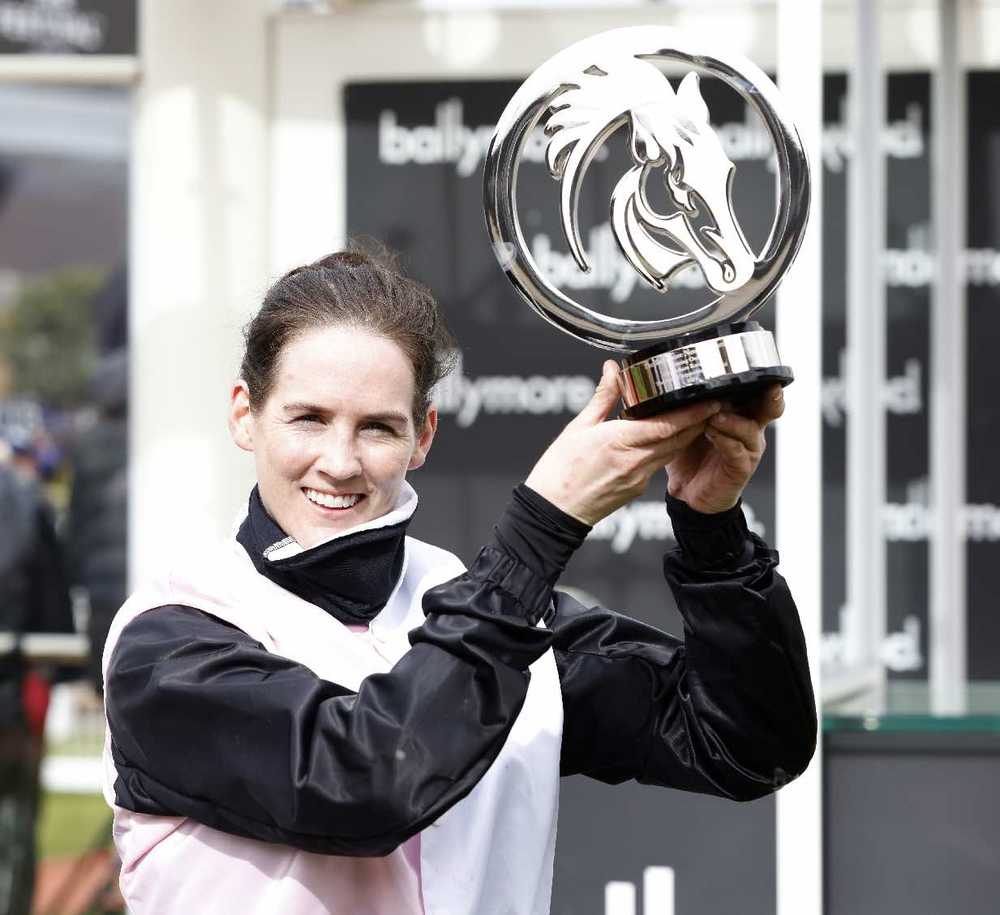 A stunning week for Rachael Blackmore at the Cheltenham Festival was completed on Friday as she became the first woman to secure the coveted top jockeys’ award.

Six wins — including a history-making victory aboard Honeysuckle in the Champion Hurdle on Tuesday — have seen the 31-year-old rocket to the summit of the sport, earning plaudits from the likes of Sir Anthony McCoy and Ruby Walsh.

Her final afternoon started in a similar vein to the previous three days, as she steered the Henry de Bromhead-trained Quilixios to victory in the JCB Triumph Hurdle — and it so nearly climaxed with glory in the Gold Cup through A Plus Tard, who found only stablemate Minella Indo too good.

Walking On Air added his name to Nicky Henderson’s already lengthy list of smart prospects and could be on course for the Ballymore Novices’ Hurdle at Cheltenham after sauntering to success in the Start Your RacingTV Free Trial Novices’ Hurdle at Newbury this afternoon.

McGuinness and Whelan double up with Skontonovski

Ado McGuinness and Ronan Whelan completed a 44/1 double as Skontonovski returned to form in the Book Online At DundalkStadium.com Handicap.

Power Drive, who provided Ciara Flynn with her first winner when making most here in November, repeated the trick in division two of the Dundalk Winter Series Championship Handicap.