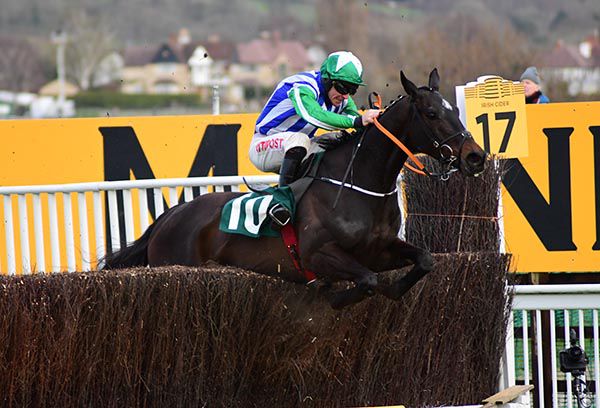 Gordon Elliott’s seven-year-old cruised into the lead at the third-last under Davy Russell and held a clear advantage at the final fence.

He got in a bit tight to the obstacle, but it made no difference and the 7-2 favourite powered up the hill to win by a length and three-quarters from Eclair De Beaufeu.

Us And Them was three and a half lengths back in third, with Greaneteen a neck away in fourth.

Elliott said: “He definitely could win a graded race. I said if you can get him in a rhythm over his first four fences he will win. Thankfully he won.

“Robbie Power was going to ride him, but then Davy decided he wanted to ride him and I’m thrilled he rode him, as he is a brilliant jockey and I’m lucky to have him.”