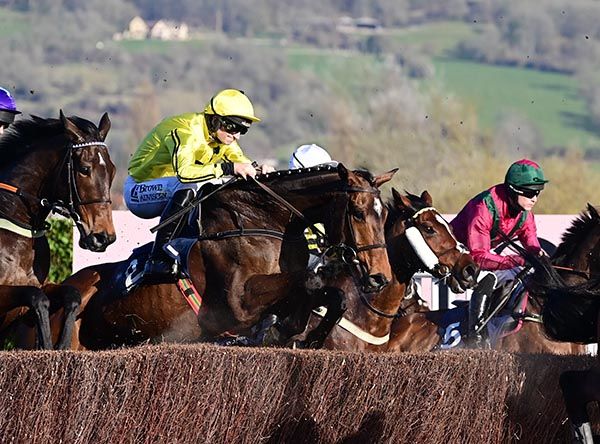 The 10-year-old, completing the fourth leg of what went on to be a remarkable five-timer for trainer Willie Mullins, got up in the shadow of the post to deny Winged Leader.

The 13/8 favourite made it third time lucky in this race after being second in the last two runnings — but it looked unlikely as Winged Leader led into the straight after overpowering Mighty Stowaway.

Winged Leader jumped the last several lengths clear, but he could not quite last home as Billaway came from the clouds to snatch the spoils by a neck. Mighty Stowaway was 12 lengths away in third place.

Mullins said: “Patrick kidded Billaway around there and the aim has been to win this race with him for three years. He’s come close twice and now he’s done it.

“Patrick never gave up and it’s unfortunate for David Christie (trainer of Winged Love) as it would have been a huge victory for him. As much as I love winning, I’m sorry for David because I know what it’s like losing in the last stride and it’s his Gold Cup as a big pointing man.

“We went for the cheekpieces as he’s idle. I’m delighted for Patrick and John and Michelle Turner (owners), it’s a race we’ve both been desperate to win. Although it might cost John a bit to fill the trophy as it’s the biggest one of them all!”