Webber and Dingle off the mark at the festival 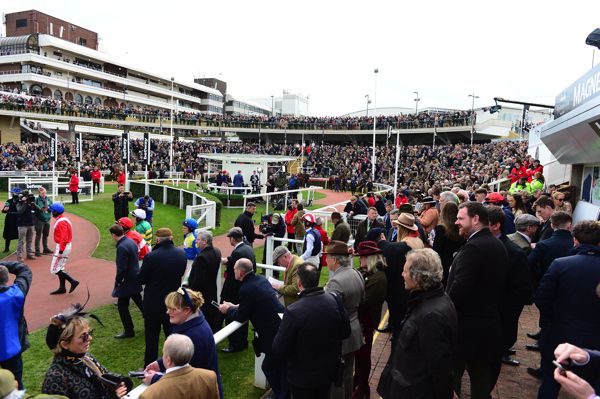 Indefatigable got up in the final strides to give trainer Paul Webber his first Festival winner in the Martin Pipe Conditional Jockeys’ Handicap Hurdle.

Last in the early stages, Indefatigable (25-1) weaved her way through the field and she was only fifth at the final flight.

Column Of Fire came down when holding every chance after Great White Shark made a lot of the running.

Pileon looked like capitalising on Column Of Fire’s dramatic exit, but Indefatigable had the rail to help her and she inched her way to glory by a short head in the hands of Rex Dingle to defy top-weight.

Great White Shark was three lengths away in third and Happygolucky and another neck back in fourth.

Webber said: “What a great thrill. Everything went wrong for her and she still managed to battle up the hill.

“She is an amazing filly. We’ve had plenty of seconds here in the World Hurdle, County Hurdle and Champion Bumper, so I don’t mind waiting until the last opportunity (of the week).

“Time For Rupert nearly got us here in the World Hurdle and we have had two bumper horses finish second and we have been second in the County Hurdle. This horse has as big a heart as anything we have trained.”

It was also a Festival first for Dingle, who said: “I can’t believe it to be honest. Paul had her in brilliant nick.

“This is massive, surreal. I will look back in years to come and probably say I didn’t appreciate it enough, so I’m trying to appreciate it now, and as much as I can. It won’t sink in for a few hours. I’m blurry visioned now.”