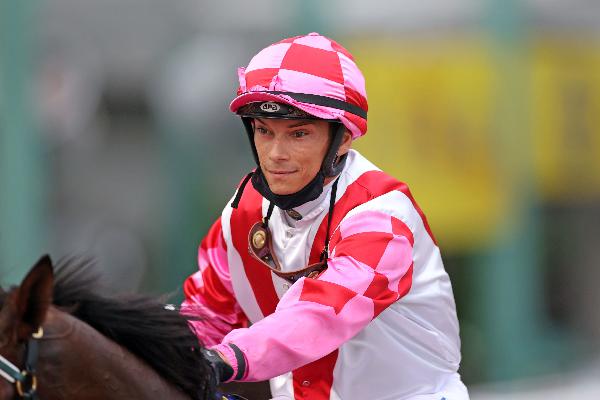 Successful last year aboard Tourbillon Diamond, Badel will get the leg-up on Excellent Proposal for the first time in his career as he looks to end the chestnut’s lengthy run of outs dating back to the 2021 Hong Kong Classic Mile (1600m) — over 600 days ago — by giving Size a second win in this weekend’s race after Endowing in 2013.

“I thought his first run looked terrific — he’s a horse who has certainly got good potential, so he might be a good chance in this one,” Badel said.

Excellent Proposal made up an eye-catching amount of ground first-up in the HK$5 million G2 Oriental Watch Sha Tin Trophy Handicap (1600m) last month to get within two and a half lengths of California Spangle.

“I will try to keep my crown but it seems to be an open race, a small field might be tactical but I’m sure my horse is going to run well,” Badel said. “You have to consider everything because usually with a smaller field they can go a bit slower.”

Size, 68, sits on 10 wins this season and has 11 runners entered for Sunday’s fixture, led by Excellent Proposal who achieved one of his career highs when finishing third behind Golden Sixty in the G1 FWD Champions Mile (1600m) at odds of 40/1 last season.

“His (Excellent Proposal) run was good — it was a handicap so he probably had some help there. The horse has come up nice, he seems ok and he’s done everything right,” Size said.

“It’s probably a suitable race, he’s won a good race here (at Sha Tin) over 1800 metres previously,” Size said. “He’s been struggling to win another race but he seems to be in good shape and he’s got a chance.”

This season Badel is third in the jockeys’ championship with 10 wins and is booked to ride a quartet of Size trainees at Wednesday’s (2 November) Happy Valley fixture.

Badel partners Raging Blaze in the Class 5 Shek Lei Pui Handicap (1200m) for Size, chasing a first win with the 24-rater who makes his sixth appearance this season.

“He’s running very consistently at the moment, so I think he’s going to be there. I don’t know whether 1000 or 1200 metres is best for him but he’s certainly getting more consistent and he deserves to win a race like this one,” Badel said.

Badel also hops aboard a pair of debutants for Size in Howdeepisyourlove and Act Of Faith at Happy Valley. He will also chase a second win aboard Yo Beauty for trainer Tony Cruz in the Class 3 High Island Handicap (1200m).

“He’s doing very well at the moment and his last run from a wide gate was excellent,” Badel said. “He’s very quick out of the gates and he’s a very nice horse who tries very hard. Hopefully the good gate will help him control it.”

With wind steadily picking up in Hong Kong, Severe Tropical Storm Nalgae is expected to edge even closer to the city on Wednesday and Thursday (3 November) which could potentially make for tricky conditions at Happy Valley tomorrow night.