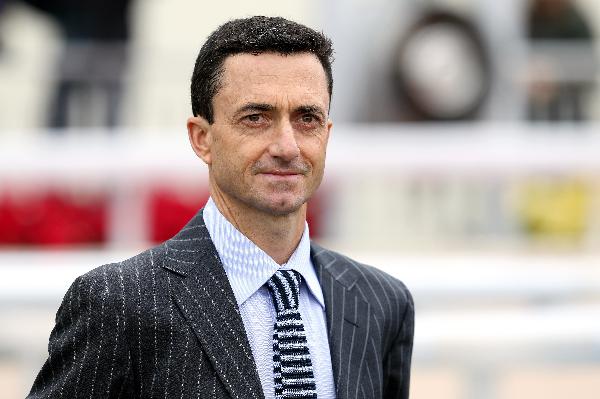 Bidding for his first victory as a trainer in the G3 Sa Sa Ladies’ Purse Handicap (1800m) at Sha Tin on Sunday (6 November), Douglas Whyte is optimistic stablemates Savvy Nine and Turin Redsun can strongly contend in the HK$3.9 million feature.

Now into his fourth season as a trainer, 13-time Hong Kong Champion Jockey Whyte partnered Made To Figure to Sa Sa Ladies’ Purse success in 1999 for David Oughton and is hopeful G1 placegetter Savvy Nine can snare a second Hong Kong win after accumulating 12 minor placings — including a last-start third behind California Spangle in the G2 Oriental Watch Sha Tin Trophy Handicap (1600m) and a second to Russian Emperor in the G1 Citi Hong Kong Gold Cup (2000m) last season.

“He ran a cracker last time, he probably could have run second, the jockey (Ruan Maia) dropped his whip at a crucial stage,” Whyte said. “I think he remains in good form. I sat on him on Tuesday morning (1 November) for his final turf gallop and he felt terrific. He’s moving well, so he goes into the race in really good form.”

Whyte believes Turin Redsun, who jumps from gate four for Lyle Hewitson, can improve on his last-start performance.

“He probably ran a little bit below par last time, he had a few excuses I thought. He didn’t get away well and he was a bit further back than we thought. He got slightly held up but I did like the way he got to the line,” Whyte said.

“His form reads well over the 1800 (two seconds from two attempts), he’s had a run under his belt now and with these conditions right now — the rain is certainly is going to benefit his chances and he’s got a nice galloping weight.”

Whyte expects a highly tactical race on Sunday with a field of 10.

“I’ve always said the smaller the field, the bigger the upset. It looks easy on paper but if you fail to prepare, prepare to fail. It’s just as simple as that. It’s probably going to be a bit of a tactical race and a lot is going to boil down to speed and those sorts of things but I can just say both my horses are in good form,” he said.