Fownes looks for "something amazing" to topple Beauty Generation 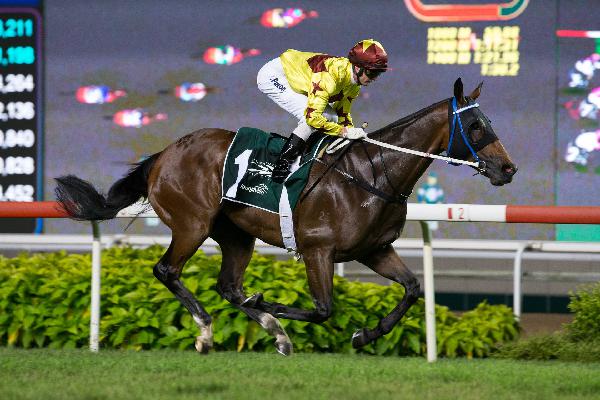 Two of the finest gallopers in Hong Kong history could stand between Caspar Fownes and glory at this December’s LONGINES Hong Kong International Races.

The trainer is aiming his stable stars Southern Legend and Rise High at the HK$93 million event but he knows his talented contenders will likely face, respectively, the might of the peerless Beauty Generation and the outstanding stayer Exultant.

This Sunday (20 October), both Fownes horses must line up against Beauty Generation, unbeaten in 10 starts, imperious first-up in the G3 Celebration Cup Handicap (1400m), and expected to add a third win in the G2 Oriental Watch Sha Tin Trophy (1600m) to his ever-expanding list of achievements.

“Beauty Generation’s such a superstar,” Fownes said, the admiration apparent in his voice. “The thing is he’s so versatile; he can lead; he can sit behind them; it doesn't matter. He just explodes and breaks their hearts - he’s a wonderful horse.

“But you never know,” he adds.

Beauty Generation must again shoulder 133lb against high-class rivals loitering low down in the weights. Rise High and Southern Legend are next best in the ratings, with allotted weights of 119lb and 118lb and Fownes is looking in particular for an improved run from Southern Legend, following an eye-catching fourth under Alberto Sanna in the Celebration Cup.

“That was a very good run, he closed off the last 50 metres of the race and stayed on really well,” Fownes said. “Hopefully he can just build on that first-up performance under handicap conditions and scare the champ a little bit.

“It’ll be very hard to beat him: he’s such a great horse, a real champion. It’s hard for anything to press him the way he’s been going, to be realistic. But you never know in this game.

“We’ll do our best - we’ll present him well and hope we do something amazing!”

Fownes holds high hopes that his exciting stayer Rise High has something extraordinary in his locker somewhere down the line. The handler has been patient with the five-year-old who wrapped up last season with a G3 win over 1800m, following a good second to Exultant in the G1 Standard Chartered Champions & Chater Cup (2400m).

The French-bred makes his first start this term in the weekend’s mile feature off an effortless recent barrier trial.

“Rise High’s trial was nice, he’s coming along very well and we’re really targeting December in a big way. He had a lovely gallop on the grass yesterday (Tuesday, 15 October) morning and his scope was clean,” Fownes said.

“After he runs on the weekend he’ll go to the Jockey Club Cup over 2000 metres in November and then we’ll make a decision about which way we go in December. He’s a versatile horse so the 2000 or the 2400 won't be an issue,” he said.

A match with champion stayer Exultant is likely unavoidable en route though, with Tony Cruz’s charge also pencilled in for the G2 Jockey Club Cup on 17 November.

“We’ll just see how he is compared to Exultant, who looks the main danger. We’ll respect him the most and see what happens in the lead-up race,” Fownes said.

“Exultant is pretty smart when you see what he’s done over these long distances. He’s just sheer tenacity and willingness to win - he’s a great horse. I certainly think he’s an outstanding stayer and his record will probably prove that at the end of his Hong Kong career.

“But hopefully we’ll be saying that about Rise High,” he continued. “I said when he was rated in the 90s that he was the real deal and I really feel that, I believe we’ll see it. We’re building him towards being a great horse so hopefully we’ll get that with him in the next 12 to 18 months. A couple of Group 1 wins would be awesome.”

Vincent Ho guided Rise High in his two big runs at the end of last season and keeps the ride, for now, at least.

“Vincent stays on him, absolutely, that’s the plan,” Fownes said. “He’s done nothing wrong on the horse. Zac (Purton) has won most of his races, of course, but depending which way I go, Vincent will certainly be riding him his next two starts and then we’ll see what happens.”