Golden Sixty’s not asked for much, on track ahead of return 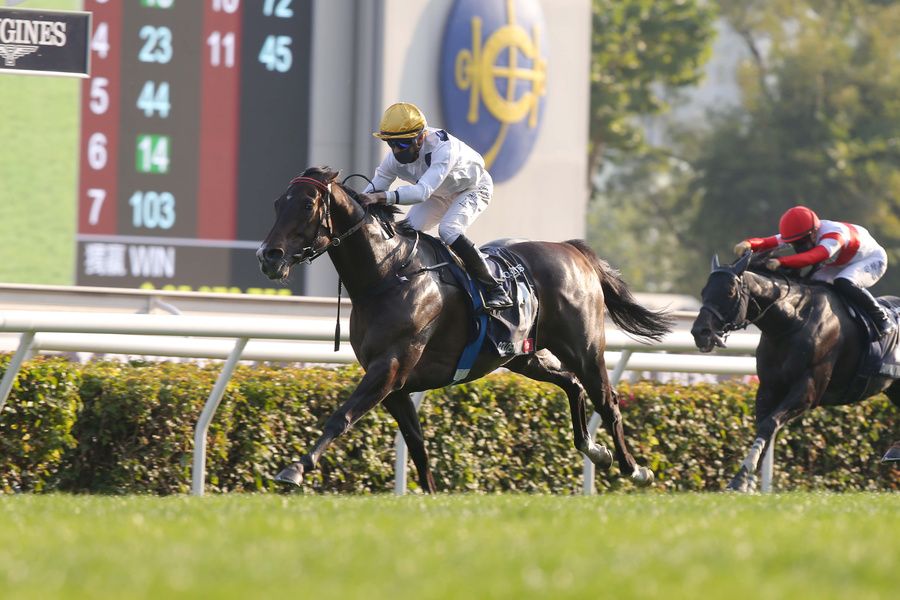 “He felt good, he jumped fast — very fast, faster than I expected and the track conditions weren’t that good as well, so we stayed away from the kick back.

“Even when I let him go in the straight he didn't give everything, he knows he’s not going to give everything at the trials, especially when the track is in this condition — smart horse, he looks after himself which I’m glad he does but we’ll do some more work on the turf next week,” Ho said.

Hong Kong’s champion and reigning two-time Horse of the Year (2020/21 & 2021/22) bounced out of the gates swiftly but was promptly restrained by Ho to cross the line a distant and wide-travelling last, not too dissimilar to trials from early on in his career.

“I’m glad he looks after himself, he knows when is the time to go and not to go, it’s perfect,” Ho said. “He’s pulled up well, everything is good and he had a nice cool down as usual — we’re happy,” Ho said.

Expected to trial last Friday (4 November), Golden Sixty was withdrawn by connections in favour of expected better conditions, however, instead received light rainfall resulting in a sloppy dirt course at Sha Tin.

“He’ll have a turf gallop and then he’ll be ready, I’m looking forward to it and we’ll see how he goes. December is the main goal and we’ll get him to perfect form by then — the team is doing a great job with him, so I’m glad,” Ho said.

Alexis Badel has steered Tourbillon Diamond to a pair of Group 3 successes in Hong Kong and was pleased with his mount’s effort this morning at Sha Tin.

“He trialled very well, he’s been very good, he was amazing first-up in the Group 2 over the mile. He’s such a genuine horse, he always tries very hard and there’s nothing to complain about,” Badel said.

“I still don’t know what his best distance is but 2000 metres is certainly suitable for him, he’s very versatile — he can perform over any distance at this stage.

“He tries very hard and you can ride him positive or quiet based on the race, so he can really adapt to any sort of pace or tactics — he’s a lovely individual,” Badel said.

Earlier this morning, Stronger and Super Wealthy hit the line locked together down the straight with Russian Emperor closing off behind them.