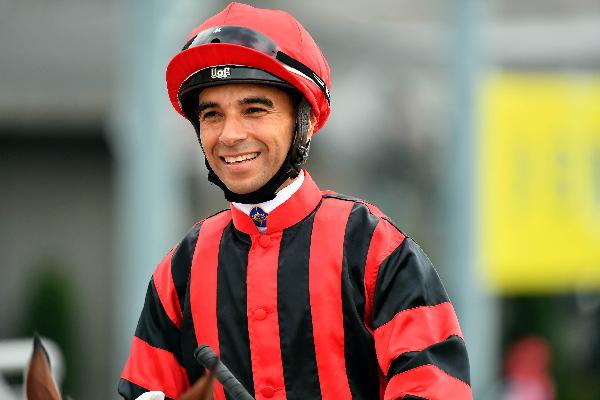 With just 30 races remaining across three meetings, Purton leads 131-129 and, while Moreira believes the Australian is well placed to secure a fifth title, the ‘Magic Man’ refuses to yield.

“I wouldn’t go home, I wouldn’t finish the season without putting on a fight. Of course, I’m trying my best and I’m doing everything I can. However, I still got the feeling that Zac has got the best rides,” Moreira said.

“To ride a winner, it doesn’t matter who it’s for and that’s what we aim for, but Frankie has given me some good opportunities this season and it would be nice — one week before the end of the season — to win another race for him and we have a horse that’s capable,” Moreira said.

“He was very impressive last start and he’s the kind of horse who has a lot of upside and can still improve a lot,” Moreira said. “He will need that because he’s coming up in class and challenging stronger horses, but I’m looking forward to riding him.”

Runner-up twice this season on President’s Choice, Moreira hopes to go one better for Michael Chang on Sunday.

“I’ve attempted to win races with him a couple of times and I wasn’t able to succeed so it is something that I want to finish off this season by winning with him if I can,” Moreira said.

“He’s been knocking on the door and he honestly should have won a race this season already. He is in good form, he is running well and I’m hoping he can bring it all to the races. I believe he’s a winning chance.”

Sitting third in the Tony Cruz Award standings as the most successful home-grown jockey behind Matthew Chadwick (53) and Vincent Ho (48) with 44 wins, Derek Leung hopes All Riches can add further lustre to an already outstanding season with success in the Class 4 Chan Trophy Handicap (1400m).

Leung, 33, has already eclipsed his previous best mark of 39 victories in a season and is optimistic of adding more before the end of the term.

“I can’t complain, I have had a very good season with very good support. I will keep doing my best and hopefully I can ride a few more winners before the end of the season,” he said.

“I’m a little bit behind now (in the Tony Cruz Award), I had a couple of days suspended but I will still do my best and hopefully there are more winners to come.”

The Frenchman notched his 50th winner at Happy Valley on Wednesday (6 July) and, having savoured Group 1 success aboard star sprinter Wellington this season, is keen to close the campaign on a high.

“I feel very happy now, I feel in good form and very fit,” Badel, 32, said. “I recovered from a few suspensions as well. I think 50 winners is a good record and I’m looking for a better season next year. I’ll try to improve and overall, I’m looking to get better.

“It’s so competitive here and you want to fight to get as many winners as possible.”