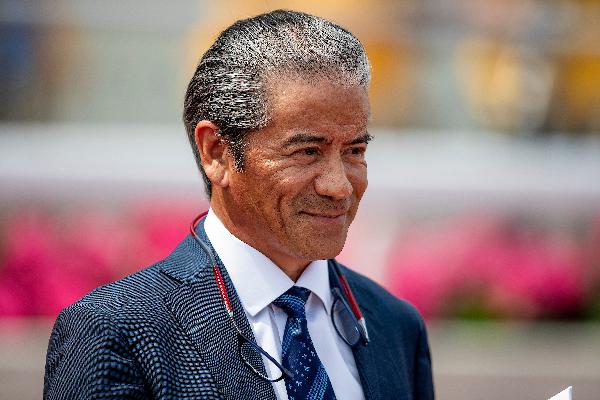 By David Morgan
Tony Cruz’s storied career as jockey and trainer has spanned almost every step of Hong Kong racing’s professional era. His name is woven into the very fabric of the sport here and in that respect he has commonality with one of the city’s oldest and most cherished races, the G1 Standard Chartered Champions &amp; Chater Cup (2400m).

Cruz’s rise to ‘living legend’ status, through six champion jockey laurels, two trainer titles, countless major wins and his handling of the great Silent Witness, can be tracked from the day he was accepted among the very first cohort of apprentice riders back in 1972; that was the year after the dawn of professional racing at Happy Valley, when Sha Tin Racecourse was but a dream soon to be realised.

The Champions &amp; Chater Cup was first contested back in 1870 and on Sunday, 24 May Cruz will saddle last year’s victor Exultant and his recently-acquired 2019 BMW Hong Kong Derby winner Furore — first and second in the G1 FWD QEII Cup late last month — in a bid to enhance his own impressive record in the historic contest.

Hong Kong’s greatest home-grown jockey snared the Cup three times as a rider. He sealed back-to-back wins on Co-Tack (1983 and 1984) but the most famous is perhaps the last, a rousing dead-heat finish in 1995 between the John Moore-trained pair Makarpura Star and Survey King. Cruz rode the former, Greg Childs was aboard the latter.

“It was neck and neck. I went past him halfway down the straight and he came back at me, but I got back and nailed him — I thought I’d won it but it was a dead-heat. Both of them were John’s horses and it was a great race,” he recalls.

Cruz hung up his racing saddle shortly after that victory and started out as a trainer in the 1996/97 campaign, but he had to wait 17 seasons for his first success in the race as a handler. He achieved that breakthrough victory with the popular pocket grey California Memory and has since made the race his own, winning six of the last seven editions.

The two-time G1 LONGINES Hong Kong Cup (2000m) hero was renowned for his late, thrusting dash from the tail of the field but jockey Matthew Chadwick positioned his mount in a handier midfield berth for his first attempt at 2400m in the Champions &amp; Chater Cup. Even so, the French import still had five lengths to make up at the top of the straight.

The grey shifted inside, squeezed between runners, and, when Chadwick engaged the afterburners, California Memory sprinted home ahead of his fast-finishing stablemate Willie Cazals.

“California Memory gave us a lot of happiness,” Cruz says. “He was a small horse but he had a big engine; you had to ride him quietly but he had a hell of an acceleration. He loved a firm track and that big heart he had, he showed what he had in the last quarter-mile of his races.

“I like to visit him at Living Legends Farm whenever I go to Australia. He still comes up to me and puts his head on my chest and I hold his two ears — he likes that. It was fantastic to train him.”

Blazing Speed won the Stewards’ Cup (1600m) in early 2014 but was a 24/1 outsider for his first Champions &amp; Chater Cup win. He mocked those odds with an impressive score from Derby third Dibayani, under his regular partner, ‘Iron Man’ Neil Callan.

Before his Standard Chartered Champions &amp; Chater Cup victory, Helene Super Star was best known as Lines Of Battle, winner of the 2013 G2 UAE Derby in Dubai for trainer Aidan O’Brien. He proved to be a smart racer for Cruz under his new name, with a couple of Class 2 wins and a G1 placing, but was clearly the stable’s second pick behind Blazing Speed for his 2015 moment of glory.

Douglas Whyte made the most of a sweet position behind the lead pair, quickened to secure first run off the home turn and battled grittily to hold on in a blanket finish from Dominant, Blazing Speed and Helene Happy Star.

“He’s a horse that people forget about because that was his one big win,” Cruz says, “but he had good form before he came here. He had talent, Douglas gave him a nice ride and he was tough that day. He beat Blazing Speed, I remember!”

Few horses can have had more charisma and natural talent than Pakistan Star. After several false promises, he finally fulfilled his potential late in the 2017/18 season with two brilliant G1 wins. His Champions &amp; Chater Cup triumph under Tommy Berry followed a scintillating, crowd-lifting success in the QEII Cup.&nbsp;

“He was a horse that really brought us a lot excitement from day one — and a lot of difficulties with his bad habits,” Cruz says of the Hong Kong International Sale graduate. “He remembers places and people and he had his quirks; he was a challenge but we did get the best out of him.

“When he won the Champions &amp; Chater he was in the running for Horse of the Year but it went to Beauty Generation — he won the QEII Cup as well and he might have won that race the year before but they went very slow and Joao Moreira made the first move on the Japanese horse, Neorealism.

“He’s now in Dubai with Doug Watson,” he adds, “I believe he can handle the dirt, that’s why the owner sent him to Dubai, and I hope he can do well. I’ve heard the trainer is very happy with him.”

Best of the rest behind Pakistan Star in 2018 was stablemate Exultant, a young talent who was then still finding his feet on the Hong Kong circuit. One year on, he was the dominant stayer, having landed the G1 LONGINES Hong Kong Vase (2400m) and placed an unlucky second to Japan’s Win Bright in the G1 FWD QEII Cup.

Exultant galloped relentlessly down the home straight under a driving Zac Purton, battling past Pakistan Star to lead with 150m to go and then maintaining his momentum to repel the fast-finishing Rise High.&nbsp;&nbsp;&nbsp;&nbsp;&nbsp;

“He’s a real turf galloper, he loves the mile and a half,” Cruz says. “The first year he ran in it, he was only a four-year-old but last year you could see he was stronger, more mature, and he was easily the best horse. He’s in good form again this season, he’s the champion stayer, so I can see him winning it again.”