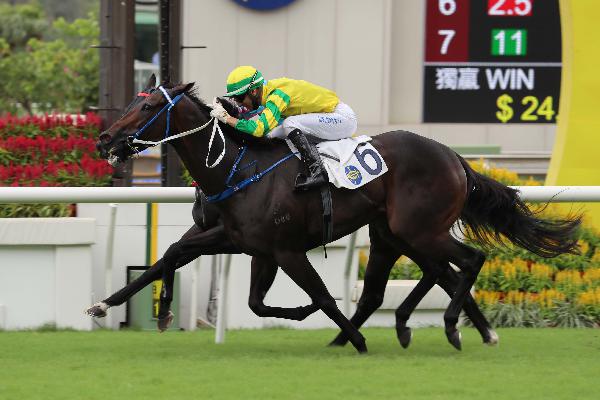 The champion trainer hopes both his charges can figure - and perhaps even win - but Sunday's assignment is far more of a starting point than a campaign objective.

Nine-year-old Southern Legend returns for sixth campaign, seeking a 10th win at his 44th start - and a maiden first-up triumph in Hong Kong – in the first Group race of the 2021/22 Hong Kong season.

“The old champ, ‘Legend’, his work on Tuesday was really nice on the grass,” Fownes said. “He's getting there but he’s going to be getting to his peak in November and December.&nbsp;

“So, he’s there on Sunday to pick up a cheque and run probably fourth or fifth. If he does anything better than that, it's going to be a bonus. He does not know how to run a bad race. He’s so honest.

“I think his last 10-12 starts, he’s picked up a cheque at the top-level, all the way through. And I would expect him to do that again, to be competitive but I think the 133 (lb) might just make it tough over the last part. He’ll strip fitter for the run.”

Southern Legend has crossed the line no further back than fifth at his past 14 outings, finishing in the top-three in four G1 assignments last season.

Winner of more than HK$59 million in stake money, Southern Legend will be ridden by Zac Purton from barrier four.

BMW Hong Kong Derby (2000m) victor Sky Darci tackles the seven-furlong contest in search of an eighth victory from 15 attempts and will be partnered by Joao Moreira from gate three.

Fownes is expecting a forward showing, but regards the race as one of the key foundation stones heading towards the LONGINES Hong Kong International Races on 12 December at Sha Tin.

“Sky Darci is just coming along. He should be competitive. He should be there in the first three,” Fownes said. “With a bit of luck, he could win.

“But both these horses are aimed at the top races in December and that's when they’ll be peaking. In the interim period - if we can snag a race - that will be a bonus.”