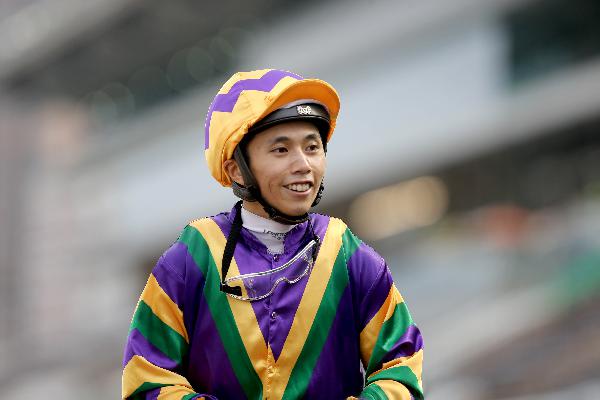 Winner of the G2 Karrakatta Plate (1200m) as a two-year-old at Ascot Racecourse in April 2020 before export, Ima Single Man now has three victories in Hong Kong for Cruz with his latest success comfortably the most significant, courtesy of a breathtaking Poon ride.

Trapped on the fence deep into the straight behind a wall of horses, Poon initially angled out in search of clear ground before steering back to the rails, allowing Ima Single Man to accelerate doggedly to deny Circuit Three and Shining Gem.

“He’ll definitely go for the Classic Mile. I might give him a little breather. I’ll have a look at the programme,” Cruz said. “He got the luck of the draw (barrier two), that played the biggest part in it (the win).

“Somehow, he had a good start. He’s not a very fast horse — he’s never been a fast horse — but, somehow, he got the inside run and he sneaked up. I think the luck of the draw played the biggest role and the jockey rode the perfect race, too.”

New Zealand Derby winner Rocket Spade, who is being aimed at the Hong Kong Derby, produced an eye-catching debut effort to cross in fourth place behind Ima Single Man.

“I knew today we were going to have good results because I had good support today,” Leung said. “Just to draw well today meant I had some horses with good chances to do well and they have run well (recently). It’s good to ride three winners.”

Unbeaten in three starts, the three-year-old son of Acclamation raced in midfield before accelerating impressively in the straight to give Shum his 15th win of the campaign.

Shum indicated the youngster might also be given a shot at the Hong Kong Classic Mile.

Moreira has 44 wins for the season, compared to Purton’s 49.

Chris So was pleasantly surprised by Classic Moon’s victory in the Class 4 Lukfook Jewellery Hexicon Handicap (1200m) under Derek Leung with the first-starter far exceeding the trainer’s expectations.

“The horse is still green and I didn't think he was ready to win today but he was good,” So said. “We knew he had potential but I didn't think he would win his start, and from draw 11. I told the owner I thought he should run well, hopefully finish midfield - that would have been acceptable - and we plan for the next start, but luckily we won.”

“He’s been a slow-maturing horse who’s just taken time. He got the best run in the race by 100 yards and hopefully he can go on with it now,” O’Sullivan said.

Benno Yung harbours similar hopes for Incredible, who continued his consistent season with a second victory in three starts, this time in the Class 5 Lukfook Jewellery Wedding Collection Handicap (1600m) under Keith Yeung.

“He’s healthy and racing well and hopefully he can win in Class 5 again,” Yung said on posting his 11th win for the season.

“In the past few runs, he’s had no luck with wide draws. Fortunately, today he got a good draw and was able to sit and sprint. I’m happy because Karis did a good job,” he said.

“We’ve been running him over 2000 metres and we decided to give him a change, but when the draw came out, I thought it was a disaster but the race worked exactly as I had planned, so we were quite lucky,” Millard said.

Maia, who posted his sixth winner for the campaign, said: “I’m very happy. Thanks so much to Tony. The trainers are still giving me support and I’m still working hard.”