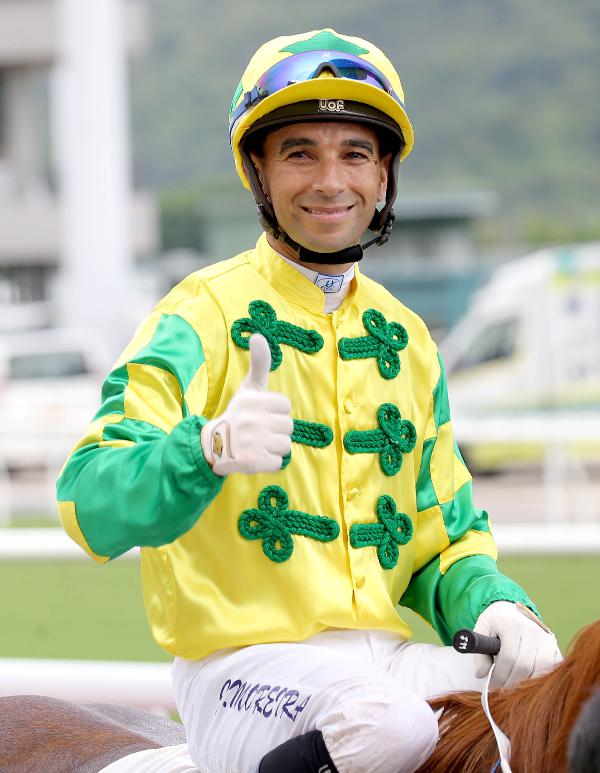 By Leo Schlink
Building in ominous and familiar fashion towards the Hong Kong champion trainer and jockey titles, respectively, John Size and Joao Moreira dominated at Happy Valley on Wednesday (15 December) with a treble each.

The pair combined with Special M, Incanto Prepared and A Smile Like Yours in a telling show of strength, leaving 11-time champion Size with 25 wins for the season, only two adrift of leading handler Frankie Lor, while Moreira improved his tally to 42, seven behind Zac Purton, who was injured in Sunday’s accident at Sha Tin.

“Fantastic. Riding horses for John Size, and at the best time of the year when he really hits the ground running, makes a jockey’s life much easier,” the Brazilian said, who sympathised with the absence of arch-rival Purton and Lyle Hewitson after the pair’s falls at the weekend.

“I would love to win the championship but I wouldn’t want to see my fellows being in the hospital and being out of competition because it’s not a pleasure,” Moreira said.

“Unfortunately, we had a bad experience at the weekend, but it’s something that has to be left behind and hopefully they get well soon and come back to racing.”

The duo added a third for good measure with A Smile Like Yours in the Class 3 Venus Handicap (1200m).

Karis Teetan added two wins to his season’s score, including a spectacular victory aboard Spicy Grill in the first section of the Class 4 Jupiter Handicap (1200m) for Francis Lui.

“I was a bit scared I wasn’t about to catch the leader. I got to ride this horse only because Zac couldn’t ride it, so it was a bit fortunate for me,” Teetan said. “We decided to leave the horse alone at the back and try and get a clear run in the straight and I think the rain helped him a little bit and he really let down well.”

Teetan hailed Jolly Forever’s toughness after the Declaration Of War gelding posted his first win with victory in the Class 5 Neptune Handicap (2200m). The Mauritian, who has 18 wins for the campaign, drove the bay to the lead down the back straight and held on to defy all for trainer Chris So.

“Oh my God, I can’t even talk now, I’m still blowing from that,” Teetan said after dismounting. “Chris told me this morning the horse would just keep going and the 1000m, I just wanted to get out and get going. Into the straight, he just did not stop. He just kept going.”

So said: “His win was amazing, I have been waiting for a long time. I think this horse can go 3200m. The horse is limited obviously and we don't have many distance races for him. Karis did a very good job, he's smart. We told him that if the pace is slow then just take off at the 1000m (mark) and he did a really good job. His clock is working.”

Posting his first win since accidentally cutting his left hand, Chau said: “My hand is perfectly recovered and I always feel well after a break, so I’m very grateful to be able to win this race for Mr Millard.”

Millard hinted Sacred Ibis, an eight-year-old, might have staved off retirement plans for the time being with his fifth win in 38 starts.

“He must have heard us talking,” the South African joked. “He’s a funny old horse. Last week, he came back and could hardly blow a candle out after his race.

“Jerry was really sympathetic with him tonight and he took the gaps at the right time and the old horse saw daylight and really accelerated.”

Paul O’Sullivan’s faith in Kungfumaster Panda was vindicated when the seven-year-old triumphed in the Class 4 Saturn Handicap (1650m) under Vagner Borges to give the New Zealand trainer his third win for the term.

“He’s been a bit unlucky, this horse,” O’Sullivan said. “I think he’s better suited at this distance and he did a good job. His two previous wins were at Sha Tin, but he’s been running well here without winning until tonight.”

Ricky Yiu described Mega Bonus as a “slow learner” after the strapping gelding scrambled to narrow success under Matthew Chadwick in the second section of the Class 4 Jupiter Handicap (1200m).

“He’s such a slow learner, he’s taken a lot of time,” Yiu said. “He’s been a really slow developer but I think there’s upside with him. He’s got a future.

“The jockey did good. I told him to follow a two or three and he got him around the track well.”