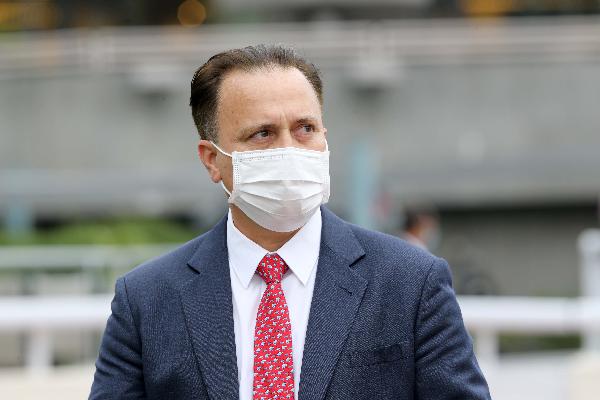 The 2021 running of the HK$3.5 million contest on Friday (1 January) will not involve Hong Kong’s highest-rated horse, but it presents opportunities for two emerging talents – Winning Dreamer and Sky Darci – to state their case against three of the 2020 crop who chased Golden Sixty home last year.

“Sky Darci’s been going really well, but he’s dropping back to 1400m,” Fownes said, explaining the challenge facing the gelding as he chases a fourth successive win.

“Obviously he’s out of the ratings (98), with Ka Ying Star, the top horse (at 124) and he’ll end up carrying 115 with Joao (Moreira) riding two pounds overweight.

“But I still think he’s going to be competitive. He’s a good horse. He’s got draw one and he keeps progressing, so he’s probably there on a place chance.

&nbsp;“Sky Darci’s just ticked over since his last run. This race will help him when he goes into the Classic Mile but, hopefully, he can win this race. If not, he’ll still run well because he’s that type of horse.”

Rated 52 in May, Winning Dreamer has vaulted to a mark of 102 but steps beyond 1200m for the first time. To be ridden by Vincent Ho, the son of Deep Field will jump from gate five in the eight-horse field.

The G3 Bauhinia Sprint Trophy Handicap (1000m) is the first black-type contest of 2021 and has drawn just five combatants.

Fownes is optimistic Explosive Witness can acquit himself well.

“He’s a bit out of his depth there but there’s only a small field there. He’s only three points out of the handicap, so it’s not much,” the championship-leading trainer said.

“He’s a nice horse on his day. It wouldn’t surprise me if he could sneak in and pick up some prize money.

“He’s a good horse - he ran alright the other night. The race really didn’t pan out ideally for him but the run was really good.”

Explosive Witness finished sixth behind Californiadeepshot in the 1200m Class 2 at Happy Valley on 23 December after enduring a chequered run.

Holding a five-win lead over Lor in the race for the premiership, Fownes is hopeful The Rock can perform strongly in the Class 2 Chinese Banyan Handicap (1600m) with a weight drop of 16 pounds to 116 under Matthew Chadwick.

“He’s going up in class and down in weight, hopefully he can show something,” Fownes said.