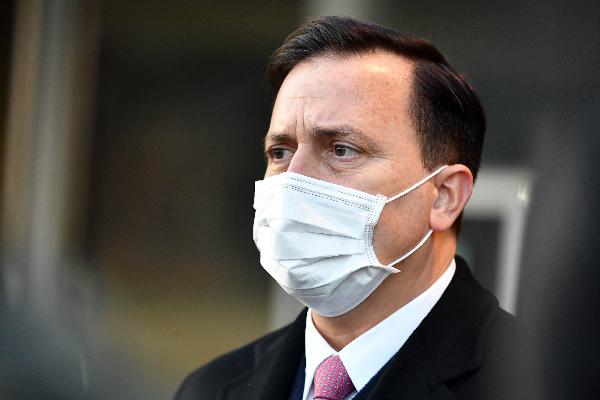 Rise High is among a select band of eight entrants for the HK$12 million contest as Golden Sixty bids to extend his unbeaten run to 12 successive wins, leaving Fownes with no illusions as what to expect.

“He’s (Rise High) an outstanding horse, he really excites me,” Fownes said of the seven-year-old gelding who hasn’t raced since running third in the G1 LONGINES Hong Kong Cup (2000m) behind Japan’s Win Bright and Ireland’s Magic Wand in December, 2019.

“Obviously, you’re up against a champion, a superstar in Golden Sixty but as long as we can just run a nice race first-up, then we’ll head to the&nbsp;Hong Kong&nbsp;Gold Cup with him.

“It’s great to get him back to the races, 13 months off and we’ve all worked really hard to bring him back and he’s had a couple of nice trials leading into this race.

“When you’re off the scene for a long time,&nbsp;there’s nothing like race fitness.

“He’s had a great prep leading into this race and I’m absolutely sure his class will show us that he’s a world-class horse and he’ll give us a good effort first-up.”

“He trialled really well. He looks to be in good form. The horse is off for a long period but he looks to have come back well. He will probably need the race but he looks in great shape,” the Belgian said.

“Golden Sixty is probably one of the best horses we have seen in Hong Kong for a long time so it’s very difficult to think anybody can try to put him danger, but my horse looks good and it’s not a big field.

“We’re&nbsp;going to&nbsp;try&nbsp;and&nbsp;see what we can do and then go to the other races.”

Southern Legend also heads to the Stewards’ Cup and, based on the veteran’s gallant second behind Golden Sixty in last month’s G1 LONGINES Hong Kong Mile, Fownes is typically positive the gelding will again perform well.

“Eight years old, tough as nails, a great horse to have in the stable and I’m sure he’ll give a big account as he normally does,” Fownes said.

“He puts up a great effort every time he races. It’s a small field obviously but here’s there again on the place line, he’s very honest.”

With 38 victories for the term, Fownes will attempt to extend his lead of six wins over nearest rival Frankie Lor when Enrich Delight and Sky Darci clash in the&nbsp;first leg of the Four-Year-Old Classic Series, the HK$12 million Hong Kong Classic Mile.

Enrich Delight, who will also be ridden by Soumillon, will seek his second Sha Tin success from&nbsp;three&nbsp;starts after his impressive third behind Not Usual Talent in a&nbsp;1400m Class 2 at Sha Tin on 10 January.

“He’s good, he’s ready to go to the races again. Good run the other day, I think the mile is going to suit him. So, looking forward to seeing what he’s like against his own age group here,” Fownes said.

“His win the first time was quite impressive,” he said. “Last time, it probably looked like he needed that race and he will be fitter now.

“It’s a very open field. I think he’s got a good chance but I’m scared of nobody with my horse.”

“Sky Darci has the rating to say he’s going to be very hard to beat,” Fownes said.

“He’s proven at the distance, he’s got the class, he’s got everything to say he’s gonna run a big race and it will come down to the draw.

“There’s a few horses there that I respect that have been racing really well. There’s not much between these horses and it’s going to come down to jockeys riding well and horses performing on the day.