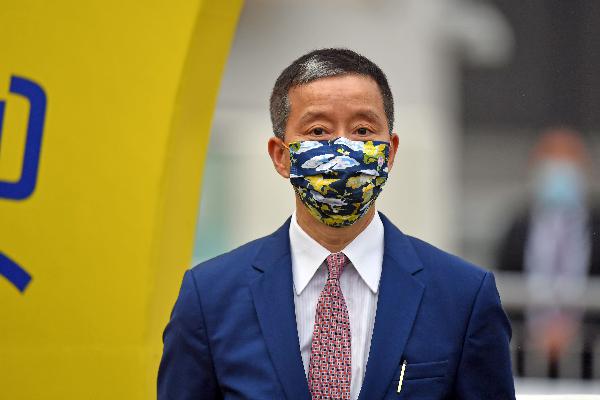 By Declan Schuster
Benno Yung remains undaunted by the opposition against Not Usual Talent (132lb) in Wednesday’s (6 October) Class 2 Fleming Handicap (1650m), holding faith in his galloper’s ability and form - reserved only by the threat that gate 12 may pose.&nbsp;

“Looking at the field, for him it’s not that strong but the only worry is the barrier.

“It’s hard to tell if he can overcome it, it just depends on luck, the race’s tempo and how he settles in the run, that will help decide where he finishes,” Yung said.

Stepping away as the equal second-highest rater in the field, the Zacinto gelding is looking to become the first horse to win from gate 12 over 1650m at the city circuit this season.

“He’s pretty good - he trialled well, it’s just unlucky that he has drawn awkwardly - we’ll need a bit of luck to overcome it,” Yung said.

Yung’s charge spent the off-season at Conghua and has trialled twice in preparation for his first-up assignment tomorrow evening.

“They (staff at Conghua) are quite happy with him, his form is good but gate 12 makes it hard, especially at Happy Valley over the 1650 (metres),” the handler said.

Though a four-time winner in Hong Kong, the seven-year-old knocked up a career-high when placing third behind Sky Darci and Healthy Happy in last season’s G3 Lion Rock Trophy Handicap (1600m).

“He’s won at both tracks but sometimes the race comes up and it suits him, Sha Tin is better because it has a longer straight - it helps him a bit more,” Yung said.

Earlier on the card, Yung saddles Noir Rider (121lb) in the Class 4 Jaffe Handicap (1000m) in search of the bay’s first win in Hong Kong.

“He’s taken a bit of time to acclimatise but it seems like this season he’s just got over this and he’s now a bit more consistent, hopefully he can do well because he has a good draw and Zac Purton on,” Yung said.

The five-year-old steps away from gate four with Purton in the plate against 11 rivals.

“He went ok last start, I think Happy Valley will help a lot - he’s better at this course and we have a decent draw this time but there’s quite a lot of early speed in this race, so there will be a lot of challenges early on which may be a disadvantage for us,” Yung said.

Last season, the six-year-old scored in succession over this course and distance in Class 4 and Class 3, winning both times after settling on the speed, once under Alexis Badel who hops in the plate tomorrow from gate two.