"Brilliant ride" and Keane is off the mark for 2019 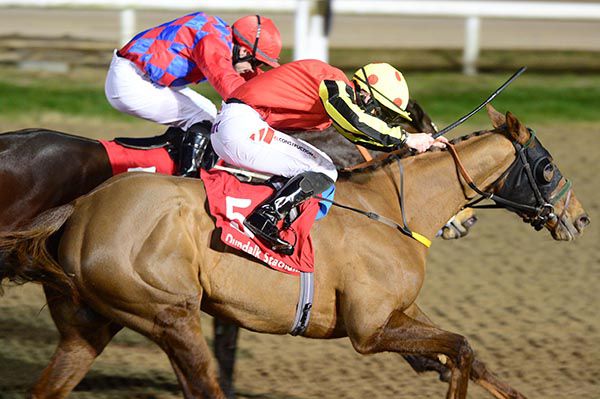 One of three in the Red Or Black @ Ace Casino Kildare Town Claiming Race for Noel Meade, Sheisdiesel (12/1) supplied Colin Keane with his first winner of the year on his first attempt in race two at Dundalk.

The 2017 champion jockey only had three mounts since victorious on Sky Seven for Michael Halford here on December 21st but he showed all of his class here.

Patient on the Tu Va runner from the back, Keane delivered the chestnut perfectly in the straight to beat favourite Reckless Lad (9/2 into 100/30) by half a length.

It was the same distance then to Carried in third.

“The fact that they went really fast was a help to her as they came back to her,” said Meade.

“He gave her a brilliant ride from out the back.

“She won a claimer and was second in a claimer two runs ago and then her saddle slipped last time.

“She has run well in those claimers and that's just about her mark.” Alcatraz (5th) was claimed by Mrs Elizabeth Walsh to be trained by Paul Nolan.