"The hope is to ride again" - Smullen 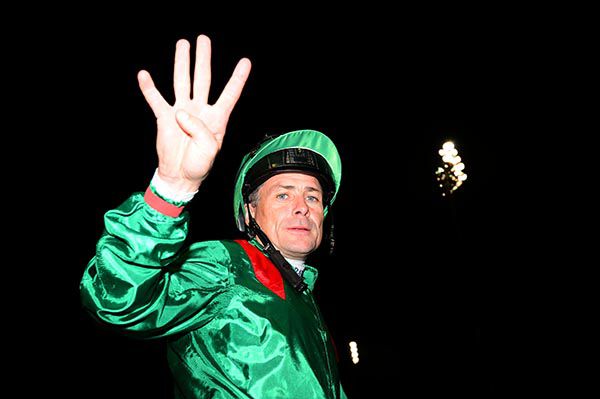 Pat Smullen still hopes to make a return to the saddle after he completes his recovery from cancer treatment.

The nine-time champion Flat jockey in Ireland, based with Dermot Weld, Smullen has been out of action since March 2018 following the discovery of a tumour.

While he is now on the road to recovery, Smullen is well aware he will have missed two whole seasons and insists he would not want to return unless it was at his same previous high standard.

“I’ve been in contact with Dermot, and we’ve been speaking about the upcoming week and the entries he’ll have for (day one of the new Flat turf season at Naas on) Sunday,” said Smullen, in a new weekly column for online newspaper Thoroughbred Daily News.

“He keeps me involved, which is great — and I’m still excited, don’t get me wrong, but it’s just in a different way.

“I had a very difficult time through the surgery, though thankfully it was successful and the surgeon was very pleased with how it went. There was a complication afterwards which meant they had to operate again — so I had two major surgeries in the space of six weeks — and the recovery from that was quite tough.

“I had a course of chemotherapy followed by the two surgeries and now I’m having post-op treatment. That will be complete in early May, and hopefully it will have done its job and we can introduce a bit of normality back into our lives.

“Nobody is putting any pressure on me, but of course people are asking if I’ll ride again. I’ve no idea at the moment. The hope is to ride again. I’d love to do that — but I’m a realist in that if I don’t recover in time throughout this year it will be two years missed and then it’s a question of whether or not I could get back to the level where I want to compete. We just have to wait and see how things go, and my priority is to get healthy and well again.”

While Smullen did have insurance in place, he feels there are plenty of jockeys who, if put in the same situation, could struggle financially — and the Derby winner is keen to set something up to help them.

The 41-year-old added: “I was in a very fortunate position that I had health cover and insurance, and I’m very lucky that I’m married to a woman that had everything in place in case anything went wrong. Unfortunately something did happen, but fortunately we were well insured on a personal basis. Not all riders are in a position to be able to do that, and many in this situation would be in a difficult position financially.

“I’ve said before that the amount of goodwill that’s been shown towards me has been nothing short of overwhelming, and in the next year or so I’ll be working towards putting something in place for riders who fall ill and to help them get back on their feet.”