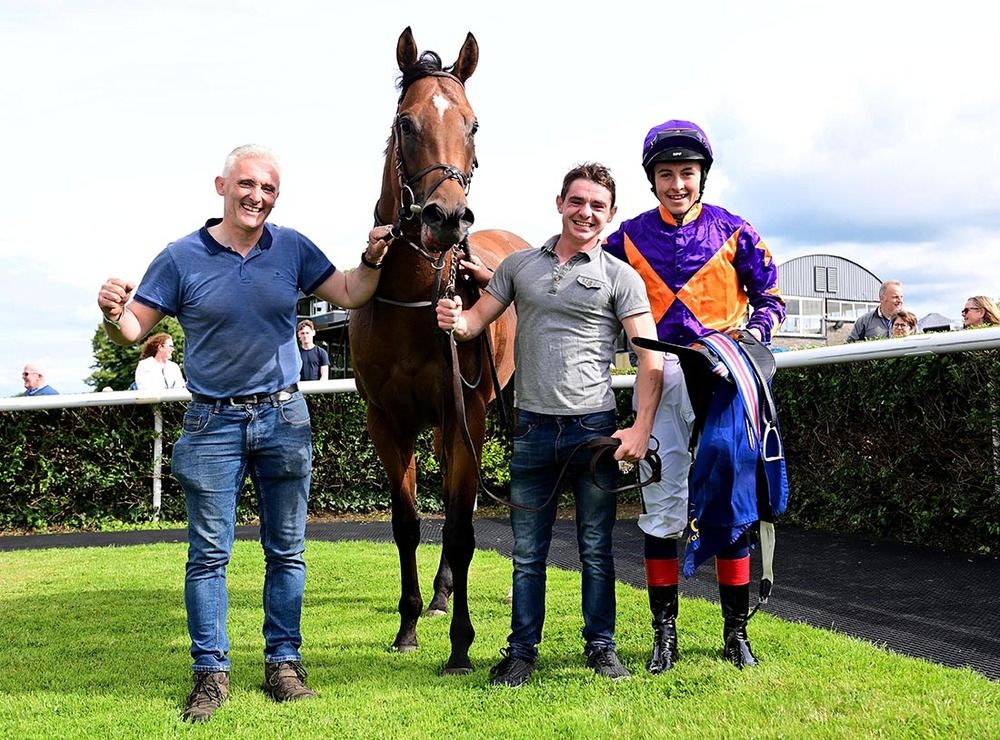 A half-brother to Tony Martin’s useful dual-purpose performer Nibiru, the Tamayuz gelding showed speed throughout and was always prominent.

He raced pretty much on his own in the centre of the track before edging across to join the main body of the field over a furlong out. Narrowly in front at that stage, he kept on well to beat Shoebox King (9/2) and Sceolan (9/4) by half a length and a head.

In fairness, with a rating of 66, the winner didn’t really merit being such a rank outsider given that the placed horses have marks of just 72 and 73.

Tamazu was having his first outing since last November and had shown a bit of promise in his first two starts as a juvenile.

Easy to back 15/8 favourite Ultramarine fourth in the National Stakes last year and rated 102, beat only one home and must be in danger of having a certain squiggle inserted beside his name.

“We bought him cheap enough at the Newmarket Book 2 Sale and ran him in Dundalk last year," said a delighted Birrane.

“We gave him a break because he’s such a big horse and he was working well at home. He’s developed over the last few months and it’s proved successful.

“I walked the track twice and I felt the centre of the track was a little bit faster so I was delighted to see him come up there. He loves good ground.

“We are so far away from all the racecourses but the horses love the beaches and swim every day. We do different things with them.