1st Market Rasen runner on the cards for Willie Mullins 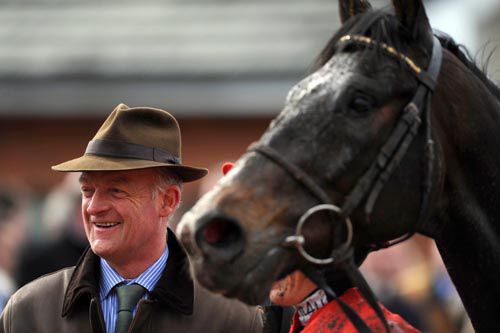 Willie Mullins is due to have his first runner at Market Rasen on Thursday when he sends Panic Attack for the Alan Swinbank Mares’ Standard Open National Hunt Flat Race.

With 20,000 pounds up for grabs, fellow Irish trainers Mags Mullins and Declan Queally have also made entries in Lady Temperance and The Getaway Star respectively.

Panic Attack, a four-year-old filly by Canford Cliffs, will be making her debut after missing an intended engagement at Cheltenham this season.

“We have an entry in the bumper and hopefully we’ll take it up,” Mullins told Racing TV.

“She was balloted out of a similar race at Cheltenham, I hadn’t even thought of that possibility so it was a surprise, but you live and learn every day.

“My owners are adventurous enough and they are keen to travel for the prize money.

“She’s in good order and we’ll see what she can do.”