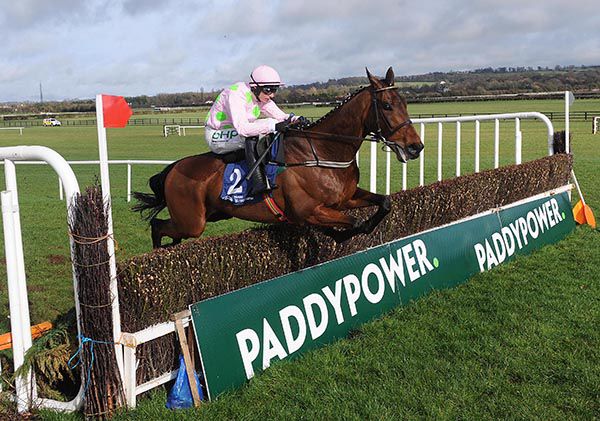 Dual winner Altior is among 31 entries for the Betway Queen Mother Champion Chase at Cheltenham on March 11.

Having abandoned plans to run over further than two miles after suffering his first defeat over obstacles at the hands of Cyrname in November, trainer Nicky Henderson announced earlier this week that Altior’s sole entry at the Festival would be this race.

He is due to run at Newbury in the Game Spirit Chase next month in an attempt to get back to winning ways and having won the Supreme Novices’ Hurdle, Arkle and the last two Champion Chases, Altior is chasing a fifth straight Festival win.

Philip Hobbs’ Defi Du Seuil, who has won both the Shloer Chase at Cheltenham and the Tingle Creek at Sandown this term, is entered in the Champion Chase and the Ryanair Chase at the Festival, as is the Sandown second and third, Un De Sceaux and Waiting Patiently.

In Altior’s absence, the Tom George-trained Bun Doran won the Desert Orchid Chase at Kempton and is now set to head straight to Cheltenham.

“Bun Doran is in good form and the Queen Mother Champion Chase is the intended target for him,” said George.

“We were delighted with his victory at Kempton. Kempton is a tight track but he jumped really well. He is probably better suited to left-handed tracks, but he travelled nicely and won well.

“We will keep him fresh for Cheltenham and look forward to running there.”

A Plus Tard, Cyrname and Sceau Royal are among the others entered.

Last year’s winner Frodon is one of 44 in the Ryanair Chase, with two other previous victors in Un De Sceaux and Balko Des Flos also entered.

Riders Onthe Storm has made significant progress since joining Nigel Twiston-Davies and may have one more run before the Festival.

Carl Hinchy, who part-owns the horse alongside Mark Scott, said: “Riders Onthe Storm is very well and came out of Ascot bouncing.

“He has done brilliantly since coming over from Ireland and we are looking forward to the rest of the season.

“He has been entered in the Queen Mother Champion Chase as another option, but the Ryanair Chase would be the plan.

“It will be up to Nigel where he goes next. He may take in the Ascot Chase (February 15) on the way to Cheltenham because that race fits in nicely.

“However, we are just as happy if he goes straight to Chetenham as the owners would be keen for him to run at Aintree in the Melling Chase after Cheltenham.”