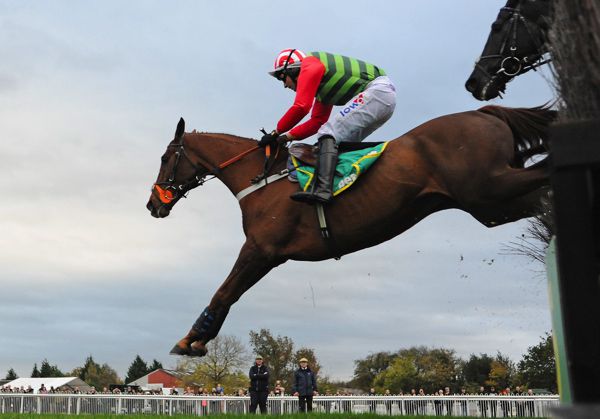 Definitly Red is an intended runner at Aintree next weekend — but whether he runs in the Many Clouds Chase or the Randox Health Becher Chase has still to be decided.

Brian Ellison’s stalwart got stuck in the mud on his return in the Charlie Hall at Wetherby, but loves his trips to Merseyside.

He has won the Many Clouds for the past two years, although a crack at the Becher over the famous National fences is also an option for connections.

“He’ll go to Aintree, we haven’t decided whether to go for the Becher or the Many Clouds, but he’s in great form,” said Ellison.

“In the Charlie Hall he was never happy on the ground, he’s never handled it like it was, horrible and sticky — he’s such a lovely-moving horse.

“He came back very tired after the race, but he’s fine.

“Obviously he’s won the Many Clouds for the last two years, but his long term aim is the National.

“It’s not as if he needs practice over the National fences, though, as the year he ran in it he was loving it before he got brought down. But that’s the National for you, that can happen.”